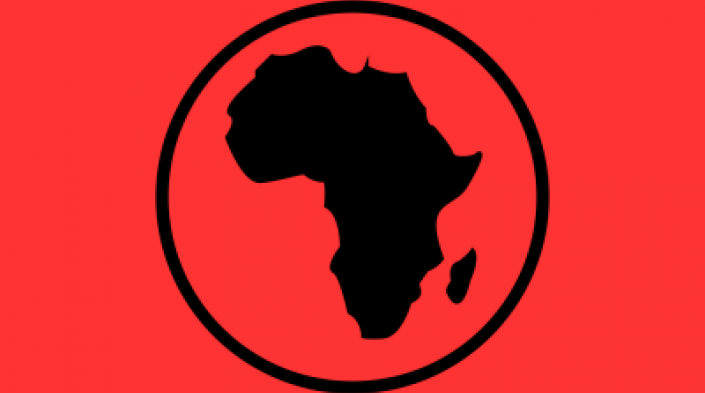 We are featuring this article, which was originally published on Rising Voices' site, as part of a partnership with Rising Voices, an initiative of Global Voices that  aims to bring new voices from communities that speak endangered or indigenous languages to the global conversation.

As part of a new project called “The Identity Matrix: Platform regulation of online threats to expression in Africa,” focusing on identity-driven hate speech, misinformation and harassment in African digital spaces during politically charged periods, Rising Voices teamed up with colleagues at Global Voices’ Sub-Saharan Africa newsroom for a new social media campaign to examine the intersection of digital rights and African languages. The project is funded by the Collaboration on International ICT Policy in East and Southern Africa (CIPESA), a member of the APC network. Read more about the full project here.

This five-week social media campaign invited five language digital activists from across Africa to focus on a particular digital rights issue in order to explore some considerations and implications for the use of African languages online. Various internet charters, such as the “African Declaration on Internet Rights and Freedoms” include sections on the importance of linguistic and cultural diversity online, where it states:

Individuals and communities have the right to use their own language or any language of their choice to create, share and disseminate information and knowledge through the Internet. Linguistic and cultural diversity enriches the development of society. Africa’s linguistic and cultural diversity, including the presence of all African and minority languages, should be protected, respected and promoted on the Internet.

Each week they ‘hosted’ the @GVSSAfrica Twitter handle tweeting in either English or French, as well as the African language with which they work. Many of the hosts previously participated in the @DigiAfricanLang online campaign in commemoration of the International Year of Indigenous Languages 2019.

Learn more about each host by clicking on their name where you can read a short Q&A to learn more about their work. Make sure you follow along the @GVSSAfrica Twitter handle and the #IdentityMatrix hashtag.

Denver Toroxa Breda ( @ToroxaD) -Khoe languages and cultural Kuwiri or activist, writer advocating for the officialisation of Khoekhoe and N|uu, two of SA's First languages. Khoekhoe is spoken in Namibia, studied at schools, and yet in SA where it originated, only 2000 speak the language, it's not official, it's not in school. N|uu has one fluent speaker, not official and at schools, it's a critically endangered language.

Kpénahi Traoré ( @kpenahiss) I'm Kpénahi TRAORÉ, I was born in the Ivory Coast, but I am from Burkina Faso. I'm the editor-in-chief of RFI mandenkan, the Bambara-language newsroom at Radio France Internationale (RFI). It is a great experience for me to work at this language, because before I thought it was not possible or very difficult to do journalism in Bambara. vSamogo is my mother tongue, even if I grew up with the language called Dioula in the Ivory Cost and in Burkina Faso. Malians call it Bambara, Guineans say Malinke, some people say Mandingo.

Blossom Ozurumba ( @blossomozurumba) I am Blossom Ozurumba and several people call me Blossom while very few people call me Asampete which can be loosely translated from Igbo language to mean “the pretty one.” I am excited about Igbo language and culture and is committed to ensuring that several folks become literate in some or all of speaking, writing and reading. I am a founding member of the Igbo Wikimedians User Group and will most likely start a conversation about the Wikimedia Foundation without prompting. I live in Abuja, Nigeria and love the calm and unhurried feel of the city.

Ọmọ Yoòbá ( @yobamoodua) -Adéṣínà Ayẹni otherwise known as Ọmọ Yoòbá is a journalist and cultural advocate who took up the socialization function of the media through the preservation, dissemination and transmission of the Yorùbá cultural heritage both online and offline. As a voice over artist, he has produced uncountable Yorùbá advertisements for Nigeria radio campaigns and TVC. He's the founder of Yobamoodua Cultural Heritage, a platform dedicated to the propagation of the Yorùbá language and culture. Ọmọ Yoòbá is also the língua manager for the Global Voices Yorùbá site. He is a Yorùbá language instructor on tribalingua.com where he has tutors students all over the world. He has also worked with Localization Lab, an international community of volunteer translators and end users, developers and intermediaries who work together to translate and localize digital security and circumvention tools. Ọmọ Yoòbá has written a book titled: Ẹ̀yà Ara Ẹ̀dá Ọmọ Ènìyàn, a compilation of labeled diagram of the anatomy and morphology of the human body and herbs that work wonders on each parts of the body. He is a research fellow of the Firebird Foundation for Anthropological Research.

Bonface Witaba ( @bswitaba) I am a writer, local content developer and advocate, trainer, researcher, and consultant in Internet Governance and policy matters. I am the pioneer of ICANNWiki Swahili, an encyclopedic website whose mission is to develop, translate, and localize 10,000 Internet Governance articles and glossary into Swahili for the 150 million Swahili speakers by 2020. Additionally, I run a Youth Internet governance capacity building initiative aimed at mentoring students, academics, as well as individuals working in the private sector and; or government, through professional courses on the topic of Internet Governance, in efforts to help them understand its ecosystem.