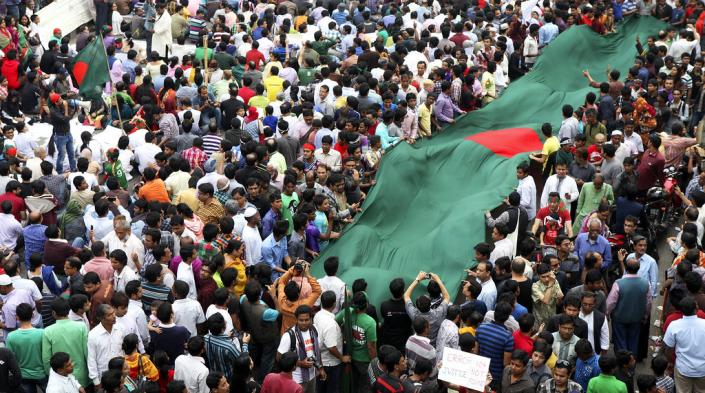 This article was republished from VOICE, an APC member organisation in Bangladesh.

Rights and advocacy organisation Voice has expressed deep concern over the arrest of journalists, online activists, teachers, students, writers and cartoonists, among others, under the Digital Security Act 2018, and called on the government to scrap the law.

In a press release on Saturday, the Dhaka-based organisation urged the government to show respect to the constitutional obligations, international human rights principles, and freedom of expression.

During the COVID-19 outbreak, arrests of journalists and other online activists have also increased, said Ahmed Swapan Mahmud, executive director of Voice in the release.

The release said that the government had applied massive surveillance and restrictions on freedom of expression and the free flow of information.

The continued attacks, threats, harassment, intimidation and lawsuits against journalists, writers, teachers, students and social media activists over reports on corruption and irregularities clearly indicate that freedom of expression is under serious threat in the country, the press release said.

The journalists who are working are facing multifaceted challenges including lawsuits, lack of access to information, restrictions, and pressure from the administration, and due to these hurdles, the journalists are suffering badly, it added.

Voice urged that the government must respect freedom of expression, which was asserted in Article 39 of Bangladesh’s Constitution as a fundamental right of people.

It also urged the government to take immediate measures releasing the victims under the DSA and asked to make the repressive digital security law obsolete.