The right to scream: Research on sexuality, the internet and communication

Home / News / The right to scream: Research on sexuality, the internet and communication 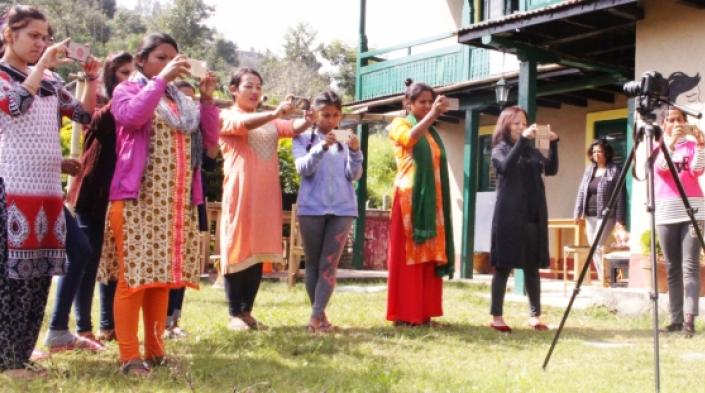 This GenderIT.org edition is an exploration of the multiple layers of the relationship between sexuality, rights and sexual expression and the internet. Does it open up new avenues and forums for expression, or does it expose people to more variations of the violence, abuse and harassment that we face onground/offline? And is this even a question to ask, since it is now inevitable that we are all embedded in technology, whether with or without our participation or consent.

The internet has become an essential space for negotiation and formation of identities, a ground for sexual desires and fevers, and a place for coming together for building community... and so much more that cannot even really be named. This edition explores the ways in which lesbians, gays, bisexual, transgender, intersex, queer people (LGBTIQ) explore, use, play with, reject, abide by, embrace the internet.

The first iteration of the EROTICS global research was in 2008. In the last three years, the second iteration of EROTICS has focused on South Asia (India, Nepal, Sri Lanka). Alongside with this is the EROTICS global survey of sexual and internet rights activists. The most emphatic finding of both the survey and research is that communication rights should be considered as part of sexual rights. That we have the right to love and live, share our lives with, express, explore our identities... and yes, the right to scream.

Where have all the queer women gone?

The editorial by Subha Wijesiriwardena looks at the place of women within the struggle for rights around sex, sexuality and sexual expression, and particularly the movement for lesbian, gay, bisexual, transgender, intersex, queer people (LGBTIQ) and their rights.

Sexuality and the internet: Findings from the global survey (2017)

Since 2013 the EROTICS global survey has been carried out three times by APC WRP to assess and learn about the role of information and communication technologies in the work of its worldwide network of gender and sexuality activists, advocates, professionals and scholars. The survey was particularly designed to reflect about their experiences and responses to online violence and censorship. Here the lead researchers involved in the survey introduce the findings from the survey.

The internet, sexual expression and online violence in Nepal: Interview with LOOM, Nepal

LOOM is a Nepal-based feminist organisation that works towards harnessing the collective power of women through multi-generational activism especially around sexual rights and sexual citizenship. As part of the EROTICS project, LOOM has been part of two studies conducted on the internet and sexual expression and online gender based violence, and in this interview they share more about the research.

“This research has become a bit of an obsession”: Interview with Point of View

Point of View as part of EROTICS (Exploratory Research on Sexuality and the Internet) project undertook an extensive research to understand how law constructs obscenity online, and to identify specific instances of non-consensual sharing of intimate images, and the various ways in it is punished or acquitted. This study specifically looks at implementation of new laws under the Information Technology Act of India.

Interview with Women's Media Collective, Sri Lanka: About lesbian tutorials and other strategies

As part of the EROTICS research, the Women's Media Collective, Sri Lanka did research on 1) human rights of Sri Lanka lesbian, gay, bisexual, transgender, intersex and queer and 2) is on use of online space by lesbian women. In this interview by Shubha Kayastha, WMC talks about their process and recommendations.

Flesh rather than word

In 2017 the Independent Expert for Sexual Orientation and Gender Expression and the Yogyakarta +10 principles acknowledged the specific social, cultural, health and other issues that are faced by those who are gender non conforming, and non-binary. This article looks at the online lives of those who challenge, play with, question and disrupt the gender binary, and do more - who are visibly and obviously queer.

In plain sight, on sexuality, rights and the internet in India, Nepal and Sri Lanka

In this introduction to the EROTICS report on sexuality, sexual rights, internet and communication rights, hvale explores the possibility of a conceptual framework that looks at the overlaps and connecting threads in the varied contexts across Nepal, India and Sri Lanka. South Asia's troubled colonial legacy of tackling sexuality related issues is evident in the many violations of rights of LGBTQI people, and the introduction looks at the importance of the internet in building connections and community, but also as a space of violence.

This edition coincides with the release of the consolidated report of EROTICS South Asia exploratory research: Sex, rights and the internet and the EROTICS Global Survey 2017: Sexuality, rights and internet regulations.