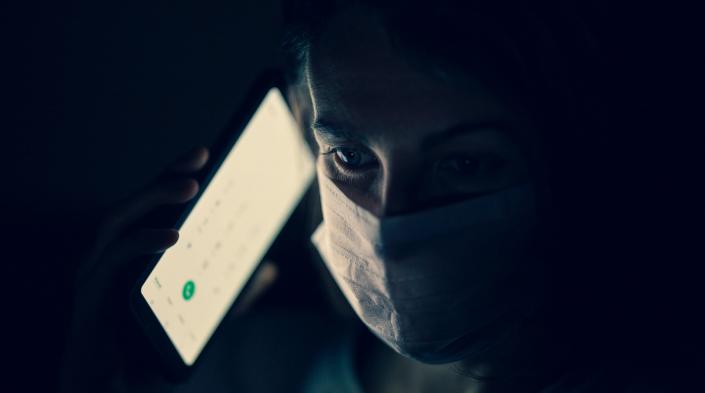 By Liz Orembo for KICTANet

This article was originally published on the website of the Kenya ICT Action Network (KICTANet), an APC member organisation.

Kenya recorded the first case of coronavirus infection on 12th March. Since then, the numbers have continued to grow with a total of 103 infections and three fatalities as at 30th March. In order to curb the disease spread, the government instituted a number of measures, including border closure, and mandatory 14 days self-isolation for returning travelers.  The government has announced a stay at home campaign, ordered curfews and banned public gatherings of more than 10 individuals.

The internet and related technologies have proven to be essential tools, in this period, for implementation of the measures and citizens’ exercising economic, social and political rights. Self-isolation is enforced through monitoring of movements via mobile phone. Further, citizens’ access to information related to the pandemic from health authorities is through Internet platforms. Meanwhile, business and education institutions have adopted the internet to continue operations.

There have been several positive and supportive developments through initiatives from technology service providers. Huawei has provided connectivity bandwidth to students from universities taking some of their sponsored short courses diploma levels. Mobile network operation, Safaricom, has also doubled the speed of its mobile internet bundles for subscribers. However,  this did not translate directly to Safaricom home broadband internet subscribers. Safaricom and Zuku are the main home broadband service providers in Kenya. Often when one gets disappointed with one, they jump to the other. This can be a continuous cycle.

Currently, internet subscriptions in Kenya stand at 39.6 million, of which 22 million are broadband subscriptions.

Nonetheless, the current COVID-19 pandemic continues to expose inequalities of internet access in the country. With the closure of universities and other learning institutions, many have endeavored to continue their semesters through online delivery. Due to uneven network distribution in the country, students who had gone back to their rural homes expressed the frustrations of accessing the online learning platforms.

During a Siasa Place and KICTANet twitter chat on remote working experiences for women, participants expressed the difficulties of working from home including frequent power outages and Internet downtime due to increased bandwidth demand, interrupted work from time to time. This is an indicator of the fact that most Kenyans access the Internet from their workplaces and that home broadband is still a luxury for many.

The implications of some enabling tech applications as solutions to the current situation also come with privacy costs.  Zoom has been the most downloaded mobile application in the past two weeks. House Party App has also been most popular last week for social connections that have replaced physical casual meetings. However, the privacy features of these applications are a concern for digital rights

Government efforts to manage the health crisis have also had serious implications on freedom of expression. The Computer Misuse and Cybercrime Act 2016 has been used to arrest those who spread controversial information on the coronavirus. The implementation of this law has also shown how it applies unequally to citizens, as politicians get away with similar offenses. For instance, a 22 year old was arrested for attempting to reveal information about patient zero, while a politician was only questioned then released after he agreed to issue clarification on his social media post.

Meanwhile, innovators have also worked to provide technical solutions to the pandemic. For example, a tracing application was launched to track travelers’ commuter paths. It requires commuters to share their contacts with the public transport service providers. However, it is not clear what privacy safeguards are in place, which emphasizes the need for the developers community to be sensitized to apply the principle of privacy by design.

Overall, there is a need to balance the use of technology with human rights in response to the pandemic. As countries continue putting measures in place to contain the virus, they should also consider the rights and dignity of their citizens. Otherwise, we might risk losing the rights and freedoms we had steadily gained over many years.