A proposal for caste-ing out media: Exploring the role that the media plays in ushering in a caste-sensitive society

Home / News / A proposal for caste-ing out media: Exploring the role that the media plays in ushering in a caste-sensitive society 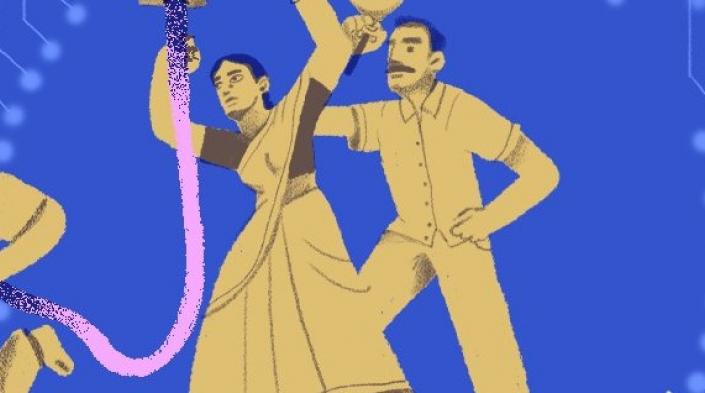 The second session of the Challenge Lecture Series 2021, “Decolonising media, communications and technology studies: An (anti)caste perspective”, which took place on 13 August, delved into how analysis of the media on caste issues does not take into consideration how embedded and structural caste practices are in this field.

The lecture opened with an ad by British Airways. At first, the ad seemed like an ordinary representation of a normal Indian family and their traditions. However, Dr. Murali Shanmugavelan pointed out that the ad is loaded with caste practices that are presented as a major part of Indian culture without giving space or visibility to the cultural practices that non-dominant castes observe in India. According to Dr. Shanmugavelan, this is just one of the many examples of how the media portrays caste and how it affects people’s perception and understanding of this complex social structure.

Dr. Shanmugavelan spotlighted the situation in India and argued that by default, the media is biased towards the Hindu population more than the Christian or the Muslim communities. From a content analysis point of view, the media in India might have become slightly more progressive over the years, but it is still perpetuating caste-ist notions and beliefs.

For example, many newspapers still tend to carry Hinduism-related content, especially faith columns, which usually feature Vedic quotes. While op-ed columns have featured anti-caste and Dalit emancipation content in recent times, anti-casteness is not reflected in other columns and parts of the same newspaper. The media perpetuates the notion that Brahminness is the prevailing culture in India, which shrinks the space for representation and visibility for non-dominant castes, especially the Dalits.

The media is a powerful and efficient tool for shaping the public agenda and it seems to be perpetuating norms that are not caste-sensitive.

So how do we make the media become anti-caste? More Dalits in the newsroom can be a step, but it does not guarantee more caste-sensitive reporting. In media dynasties, representation might not mean anything, because higher-ups and executives can dictate what gets published and what gets shown – they are always in control of the content production.

Meanwhile, online media and small media outfits are slowly building caste-sensitive reporting and content production that feature stories and content that are anti-caste, but they also fall prey to categorising and compartmentalising caste-related issues and discussions. Dr. Shanmugavelan argued that in the past 20 years, the media landscape in India has not changed much, and it is time to advocate for more caste-sensitive content production in the media.

The summaries and recordings of the other two sessions of the series can be found here:

Lecture 3: How do we build a caste-sensitive internet? (Reflections on decolonising the internet from an anti-caste perspective)

This lecture series is being organised by the Challenge project, which is funded by the European Instrument for Democracy and Human Rights.