Palestinian civil society organisations raise alarm over the selection of Emi Palmor, former General Director of the Israeli Ministry of Justice, to Facebook’s Oversight Board 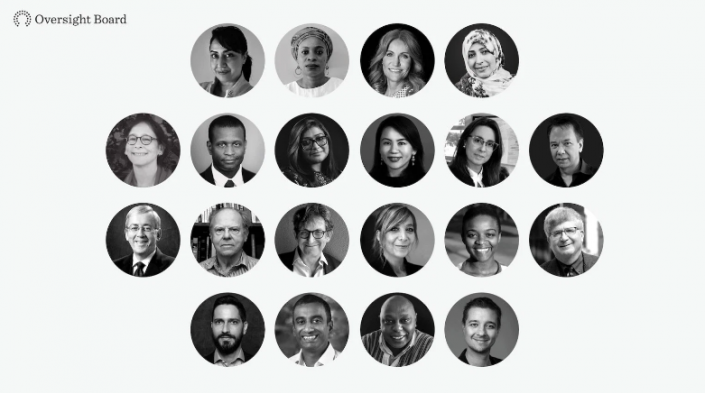 This article was originally published by APC member organisation 7amleh.

Palestinian civil society organizations condemn the selection of Emi Palmor, the former General Director of the Israeli Ministry of Justice, to Facebook’s Oversight Board and raises the alarm about the impact that her role will play in further shrinking the space for freedom of expression online and the protection of human rights. While it is important that the Members of the Oversight Board should be diverse, it is equally essential that they are known to be leaders in upholding the rule of law and protecting human rights worldwide.

Under Emi Palmor’s direction, the Israeli Ministry of Justice petitioned Facebook to censor legitimate speech of human rights defenders and journalists because it was deemed politically undesirable. This is contrary to international human rights law standards and recommendations issued by the United Nations (UN) Special Rapporteur on the promotion and protection of the right to freedom of opinion and expression, as well as digital rights experts and activists which argue that censorship must be rare and well justified to protect freedom of speech and that companies should develop tools that “prevent or mitigate the human rights risks caused by national laws or demands inconsistent with international standards.” The selection of Emi Palmor raises concerns that Facebook has failed to adequately take into account the recommendations of civil society organisations, activists and international experts on freedom of expression and that the Facebook Oversight Board may, in particular, lead to further restrictions on freedom of expression online and undermine the voices of Palestinian, Arab and Muslim communities and their supporters worldwide as has been well documented by academics and civil society organizations.

During Palmor’s time at the Israeli Ministry of Justice (2014-2019), the Ministry established the Israeli Cyber Unit, or ‘Internet Referral Unit,’ whose work has deliberately targeted and resulted in the takedowns of tens of thousands of Palestinians’ content, and imposed severe limitations on freedom of expression and opinion, especially about Palestine, which has also disproportionately impacted Arabs and Muslim communities worldwide. Adalah, and other civil society organizations have highlighted that the Israeli Cyber Unit itself is illegally issuing requests to social media providers to actively censor content on their websites.  Even though the requests of the Israeli Cyber Unit to social media providers are not public, for years, civil society organizations have seen first hand how Israeli government requests and the use of machine-learning algorithms to detect so-called ‘extremist content’ has created hundreds of thousands of false positives and damaged human rights content.

In 2017, the second year that the Israeli Cyber Unit was established, there was a 500 percent increase in content takedowns. In 2018, the year before Emi Palmor’s final year as General Manager, 14,285 takedowns were documented. At the same time, research into incitement to racial hatred against Palestinians online has shown that there were inciting posts in Hebrew directed towards Palestinians online every 66 seconds in 2018, while no interest was shown in combating such racist content against Palestinian Arabs. Additionally, as documented in Facebook’s Transparency Report, since 2016, there has been an increase in the number of Israeli government requests for data, which now total over 700, 50 percent of which were submitted under ‘emergency requests’ and were not related to legal processes. These are not isolated attempts to restrict Palestinian digital rights and freedom of expression online. Instead, they fall within the context of a widespread and systematic attmept by the Israeli government, particularly through the Cyber Unit formerly headed by Emi Palmor, to silence Palestinians, to remove social media content critical of Israeli policies and practices and to smear and delegitimize human rights defenders, activists and organizations seeking to challenge Israeli rights abuses against the Palestinian people.