New toolkit for researching women's internet access and use 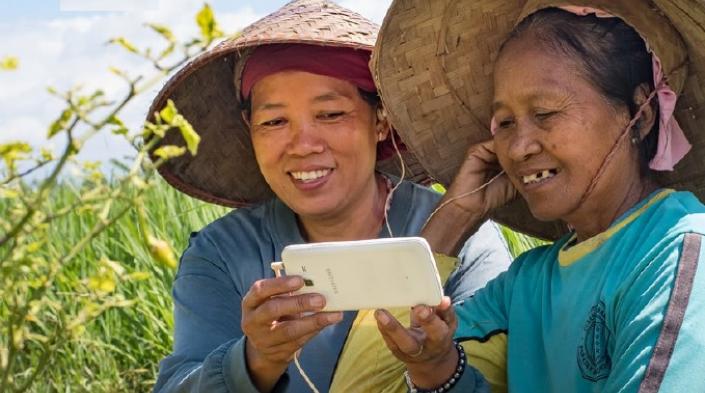 A new resource launched by GSMA, in collaboration with the Alliance for Affordable Internet, the World Wide Web Foundation and APC, provides an introductory guide for researchers to collect comparable and accurate data on women’s and men’s internet access and use, and to develop a fuller global picture of the digital gender gap for a wide range of audiences to inform their strategies, plans and policies.

"In an increasingly connected world, women are being left behind. Although internet access is expanding, there is a persistent digital gender gap. Gender-disaggregated data on internet access and use is critical to measuring and understanding this gap and informing policy and actions to address it. However, this data is still limited."

This is the introductory paragraph of a new toolkit launched by the GSM Association (GSMA), in collaboration with the Alliance for Affordable Internet, the World Wide Web Foundation and APC, who have committed to advance the recommendations for action of the Broadband Commission Working Group on the Digital Gender Divide.

This data can be used by a range of stakeholders, mainly researchers and research agencies, but also governments and policy makers, intergovernmental organisations, the private sector, NGOs, and academic and research institutions, to inform and develop strategies to close the gender gap in internet access and use and to track the progress of these efforts. As flagged in the publication, the collection of robust and comparable data across countries and contexts can help to construct a global picture of the digital gender gap and support the UN Sustainable Development Goals (SDGs) for gender equality.

This new resource highlights how internet growth has been unequal. As mentioned in the report, the International Telecommunication Union (ITU) estimates that globally, women are 12% less likely than men to use the internet, and in two thirds of countries there is a higher proportion of men using the internet than women. The gender gap is wider in certain parts of the world; in the least developed countries, women are 33% less likely than men to use the internet, which means only one out of seven women in these countries are using the internet compared to one out of five men. It is also mentioned that even when women are online, they tend to use the internet less frequently and in different ways than men. The publication concludes that this results in existing gender inequalities being compounded.

On this point, the toolkit argues that the lack of gender-disaggregated data and insights on internet access and use masks the true extent of the digital gender divide, and provides suggestions to address this problem. Since the gender gap also varies by region, country, community or household, the data has to be coupled with qualitative and community-led research, and an understanding that local barriers to access (whether language, access to devices, affordability, etc.) vary. As highlighted by the latest report from the Internet Governance Forum Best Practice Forum On Gender and Access, there is a need for granular knowledge around access and barriers for specific groups of people, whether indigenous people, refugee women, women with disabilities, or rural LGBTIQ women. In this sense, this toolkit includes an approach that considers women as a diverse group and points to the necessity of surfacing intersectional challenges, such as race, caste, gender expression, ethnicity, ability and other axes of discrimination, that impact on access and all other barriers, including social and cultural norms.

The toolkit provides a list of both core and supplementary research topics considered as priority areas for quantitative and qualitative data to better understand women’s internet access and use. Among those, the toolkit flags the importance of looking at concerns around safety and privacy that women themselves have, but that are the result of social constructs, especially in patriarchal and conservative contexts in countries like India, for example, where limiting mobile phone use by girls in particular is a frequent and established practice.

The research questions put forward in the toolkit delve deeper into barriers that women face to uncover structural and patriarchal factors that impact on unequal access. Questions such as: "Tell me about when you use the internet – are you alone or with others? How does this make you feel?" or "Do you ever have to ask permission to use these devices? Which ones? Who do you need to ask permission from?”, explore power dynamics and control, the presence of any gatekeepers, and possible consequences these factors might have on women's and girls' access and use.

APC's latest research on this issue has highlighted research gaps that need to be addressed to further advance the understanding and knowledge on gender and access, namely, extending the focus from measuring the internet gender gap in access and usage to encompass the issues of women's and girls' control over resources and infrastructure, ability to negotiate in policy spaces around infrastructure, ability to develop technology, and networking capacity. These research gaps are highlighted by a study launched in 2017 by APC analysing the current knowledge in the field, titled "Mapping research in gender and digital technology".

Another contribution from APC to further research on access and gender is the upcoming launch, later this year, of a new edition of the annual Global Information Society Watch (GISWatch) report, focusing on local access and community networks, which will provide thematic insight and feature experiences on local community-owned networks for the provision of communications infrastructure where gender issues play a substantive role.