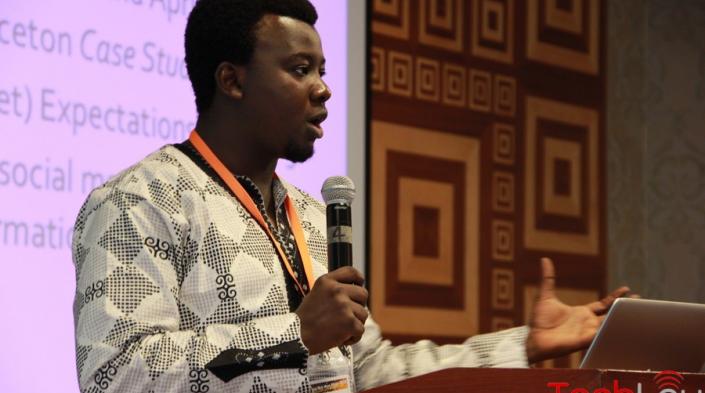 APCNews interviewed Gbenga Sesan, executive director of Paradigm Initiative Nigeria (PIN), about the latest trends in the country towards holding intermediaries liable for their users’ behaviour. We also asked him about other pressing internet issues in the country.

How do you see the evolution of intermediary liability in Nigeria during recent years?

I think the clearest indication that we have is that the Nigerian Communications Commission, through its bill on lawful interception of communications, wants to make sure that telcos are responsible for what their subscribers do on the net. Among other things, this bill requires that they store users’ data for at least three years.

Another development has to do with the Nigerian Copyright Commission, which wants to make content hosts responsible for what users do on their networks. All this involves ISPs (internet service providers) and IAPs (internet access providers) and the people who host content. So far, however, these bills have not been passed.

Are these laws pushing for users to prove their real identities?

Not particularly. For telecom service providers, every subscriber needs to be registered with their real name and their real identity to be able to use the service. ISPs require the same thing. Basically, for you to use any internet or telecommunication service, you have to be able to prove that you are the person who is registering. These regulations were there before these bills were drafted.

Does real name registration have an impact on the way that people use the internet?

There’s still freedom for anonymity on social media, so regardless of the network you use, people are still able to create social media accounts in their own name or not, depending on their choice. There was an instance recently where a government official hiding behind an anonymous account accused somebody of supporting terrorism, so there was a request to find out who was behind the account, but generally there’s no pressure from the government or from any agency to request this kind of information.

Are there any regulations specifically governing intermediary liability?

Most of the strong laws affecting intermediary liability are still bills and they deal primarily with other things (copyright infringement or data retention, for example).

Are civil society organisations able to participate in policy-making processes?

Yes, there are public hearings and calls for memoranda, where you can submit as an individual, as a civil society organisation or as any other stakeholder who has interests in the issue at stake. In the case of the bills that we’re discussing, consultations usually happen before they become law, and many times recommendations by stakeholders are taken into consideration.

For example, we provided some information on the cyber crime bill, and some of the provisions were taken into consideration. We suggested things telecom providers shouldn’t be asked to do, like storing data (including audio data and test data) for three years. We also suggested that the law be drafted so that users should not be the ones who have to prove their innocence, but rather the other way around.

Are there any safe harbour provisions to protect intermediaries in Nigeria?

Not specifically. The focus is more on getting intermediaries to act on behalf of the state. But it’s not too late to incorporate these kinds of measures.

PIN is currently collaborating with APC on a project on the migration from traditional to digital broadcasting. While the government has agreed to the 2015 ITU deadline, experts estimate that it won’t be met. What do you think would be the best approach?

I think the government is not going to meet the deadline but still an argument should be made for that to happen, at least to move faster and closer to it.

Not many people are talking about the digital migration, but the private sector is definitely looking at the opportunity to take advantage of digital platforms. It’s cheaper for them, so it’s more of an economic decision in terms of costs and access to the market.