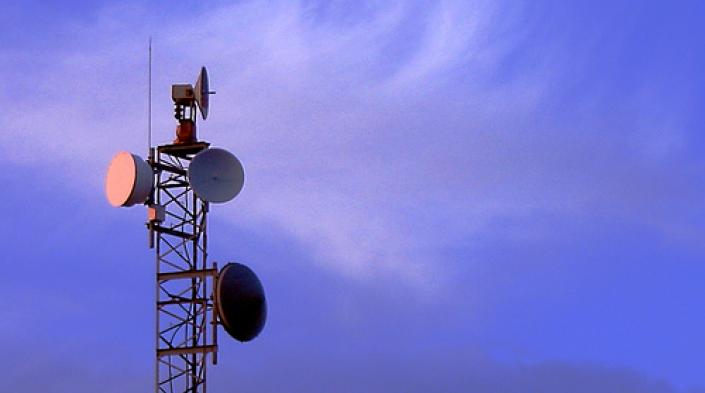 The telecommunications reform in Nigeria set the stage for the large-scale deregulation and liberalisation of markets, which allowed for hundreds of telecommunications and broadcasting licenses to be allocated. The country now has the largest number of radio stations (over 350 licenses have been issued) and the biggest mobile industry in Africa, whose mobile subscriber numbers comprise about 16% of the continent’s numbers.

While the Nigeria Communications Commission (NCC), the body in charge of telecommunications licenses in the country has been quite successful with its competitive method of licensing and frequency assignment since 2001, the Nigerian Broadcasting Commission (NBC) on the other hand, the regulatory body that oversees broadcasting licenses, is unable to fulfil its role as a regulatory body because final approval by the president is required for license allocation.

Following the global trend that will eventually see the two merge into a single regulatory body, it’s time to review the procedure for awarding broadcasting licenses —especially in the new digital era, where much cross-over between telecommunications operators and broadcasters will be taking place— says Fola Odufuwa in a new report Open Spectrum for Development – Nigeria Case Study commissioned by the APC.

Both the NCC and the NBB are members of the National Frequency Management Council, which is the overarching body that is in charge of spectrum distribution in Nigeria. While the NCC oversees, monitors and assigns the use of spectrum by commercial telecommunications operators, the NBC is the sole body charged with regulating the broadcast industry, setting broadcast standards and upholding equity and fairness in broadcasting.

Until now, the NCC has been successful in its “beauty-contests”, auctions where large chunks of spectrum are sold to the highest commercial bidder, as well as its first-come-first-serve policy for non-commercial applicants, notes Odufuwa.

He says that it is widely considered that the NCC adequately adheres to distribution best practices, and has also been commended for being largely transparent with its licensing programmes.

However, “it is not certain whether all licensing and frequency assignments have been completely public and competitive, though the body does have the legal power to fix prices and award licensing using selective methods at its sole discretion,” explains Odufuwa.

The NBC however, according to the act that created it, can only issue licenses based on the recommendation of the Minister to the President, who has the “final approving power”. Meaning that no broadcast license in Nigeria can be obtained without the approval of the President.

In theory anyone can apply for a broadcasting license and the specific frequencies that go along with it as long as the requirements are met.. However, because generally the decision-making behind license allocation is not always transparent, there is no guarantee that an application will be successful even if all the conditions have been met, says Odufuwa.

In light of this, the current president of Nigeria, Jonathan Goodluck has recently announced his intention to delegate the regulator as the approving authority.

Recently, there have also been discussions of merging the two regulators in Nigeria, though the government has yet to make an official statement about this.

“The NCC for its part is in favour of a ‘common and harmonised law’, however it would seem that unifying regulators would require strong political will by the Government as there are entrenched interests and (natural) self-protectiveness,” writes Odufuwa.

If the two bodies are to form a single communications regulatory authority, the NBC’s procedure could compromise the integrity of the NCC’s standard practices. Furthermore, requiring the President’s sign-off on licenses also becomes cumbersome and irrelevant – as the lines between operator and broadcaster become blurred (i.e. a mobile operator transmitting TV content over its network becomes a broadcaster), what will become of the licensing procedure? Will spectrum assignment also need the final approval of the President? Not only would this be extremely inefficient, it also leaves room for a less than transparent process once again, says Odufuwa.

As it stands, any telecommunications operator that wants to transmit broadcast signals first has to obtain the telecommunications license and frequencies from the NCC, and then obtain the broadcast license and frequencies from the NBC. The preference has been to partner with an entity with an existing licence, says Odufuwa. “MTN Nigeria for example, a national GSM operator, broadcasts DStv Mobile content to subscribers on its network under the DTH license of the satellite television operator, Multichoice. Merging the two bodies could certainly help to alleviate this lengthy process.”

Regardless of whether or not the two merge, concludes the report, there is a clear need for more transparency with the overall licensing process, and in particular, as it relates to the broadcast regulator.

Open spectrum can increase transparency and efficient use

As mentioned earlier, despite the relative success of the NCC’s method of licensing and frequency assignment, the extent to which operators assigned frequencies are using them is not specifically known.

With increasingly limited availability of many telecommunications frequencies in the country, the lack of monitoring means that certain operators can misuse or hoard frequencies, while others who could have been allocated the frequencies and would have used them, can not access them.

This lack of transparency in the use of spectrum is of particular relevance as the country opens up new frequencies for assignment.

Adopting an open spectrum approach in some frequency bands could bring about significant changes to the shortcomings of the current spectrum management system.

“There are two ways of acquiring spectrum, either directly from the regulatory bodies or somewhat indirectly through the acquisition of or merger with an operating company. It is rare to find a company that just sells its frequencies for the sake of doing so”, states Odufuwa.

Open spectrum – the provision of unlicensed radio frequencies that are available for use by all (as long as they conform to rules governing the technical behaviour of their devices) – would improve the utilisation of frequency and allow for a wider variety of broadcasters and content producers in the country.

Odufuwa concludes that two questions worth keeping an eye on in the near future.

As Nigeria migrates to digital broadcasting in 2012, will the two regulators be merged and which regulatory body’s practice of assignment will prevail – the NCC’s best practices, or the NBC’s President-pendant approval?

Secondly, what steps will be taken in improving the transparency and usage of spectrum and in particular the newly-freed broadcasting frequencies from digital migration?

Open spectrum presents opportunities for increasing transparency and license allocation, it remains to be seen if such opportunities are identified and taken by the relevant Nigerian stakeholders.

Fola Odufuwa is an experienced ICT and communications consultant. He has held senior and executive positions within broadcast engineering, communications and banking; and has extensive experience in coordinating numerous research projects and investment banking assignments. His clients include a broad spectrum of stakeholders – government agencies, multilateral institutions, blue chip organizations and civil society. Mr. Odufuwa’s expertise is broad, multi-disciplinary and up-to date and his articles and professional commentary appear frequently online and in local and international media.