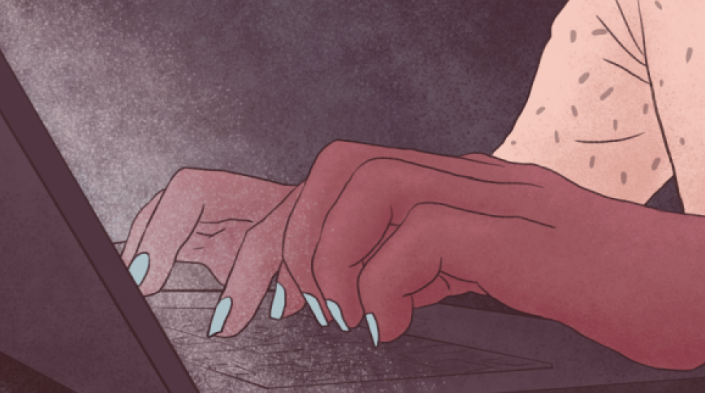 Media Matters for Democracy expresses solidarity with the women journalists who have called out online violence they face on a regular basis on social media platforms. A statement released by a group of women journalists on 12th August highlights a culture of hateful speech, incitement, harassment, and doxxing that endangers the women journalists and affects their professional and personal lives. The statement specifically highlights online abuse perpetrated by accounts that claim to be the supporters, and some members, of the ruling party Pakistan Tehreek e Insaaf.

Journalists have also highlighted the targeted nature of these comments, aimed specifically at journalists who are critical of the government’s policies, specifically under the current pandemic.

“Online violence is often downplayed by simply being called trolling which does not take into account the violent nature of the threats that these women face for doing their jobs”, said Sadaf Khan, co-founder of Media Matters for Democracy. “Multiple studies that we have conducted last year showed the direct link between online abuse and self-censorship by women journalists, that demonstrates how such attacks directly threaten the freedom of the press”.

We would like to express full support and reiterate the demands put forth by the journalists in their statement and urge the ruling party Pakistan Tehreek e Insaaf to make it clear that there is no space for harassment, trolling, and violence in online spaces within its ranks and supporters.

2) Send out a clear message to all party members, supporters, and followers, to desist from launching these attacks, whether directly or indirectly

4) The Standing Committees on Human Rights of the upper and lower house of parliament to take notice and hold the government accountable by ensuring they acknowledge, apologize and list the actions they will now take to put an end to such a threatening environment.