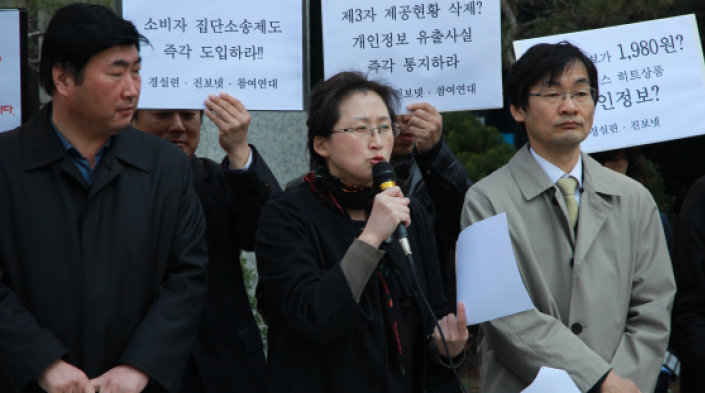 Interview with Y. K. Chang, who has recently been appointed as a Personal Information Protection Commissioner in South Korea – one of the first few women from civil society to reach this position within government in the country and possibly the region. GenderIT.org interviewed her on her journey, her ambitions for her new position and what she sees as the grave problems regarding privacy and security, especially for women.

Namita Aavriti (NA): Tell us a bit about yourself, your years of working with and founding Jinbonet and also how you feel about this appointment?

Y. K. Chang (Della): Recently I left Jinbonet and started my work as an executive director of the Institute for Digital Rights, a non-profit research Institute.

I have worked for Jinbonet as an activist since its inception in 1998. At that time, the opposition party took power for the first time in South Korea and there was a great desire for social reform. Many social movement groups needed help to use new information and communication technologies (ICTs) for communication and solidarity. I myself was not a technician, but had been involved in the campaign against censorship on the internet and electronic ID card. In Jinbonet, I was responsible for ICT policy and coordinated work with other social movement groups and experts for advocating digital rights, and led many successful campaigns such as constitutional suit against government censorship , national ID number system, communication surveillance by investigative and intelligence agencies, etc.

A candlelight protest of the people led to a new government after the former president was impeached last year. I was appointed as a non-standing commissioner of the Korea data protection authority – officially the Personal Information Protection Commission (PIPC) – by the new government. It was very unusual for a civil society activist and a woman to be appointed as a commissioner, and this means that there is recognition of the role of civil society and their energetic activities. It shows positive change in political atmosphere under present government. I'm very proud of it.