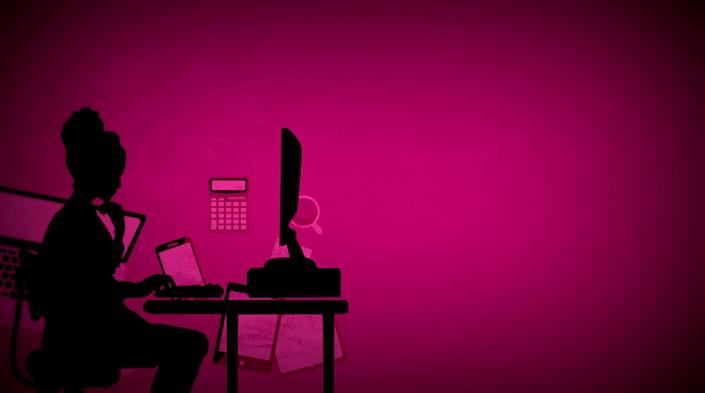 With elections looming in August 2021, earlier in the year, then Zambian president Edgar Lungu signed into law a batch of cyber or online laws, one of which has remained especially problematic into 2022. [1]

The most contentious of the three new laws, the Cyber Security and Cyber Crimes Act, attracted criticism from politicians and civil society actors even before it was enacted and after it was signed into law. To many observers the quick enactment of the law appeared to be a thinly veiled attempt at orchestrating social media regulation and clamping down on Zambians’ online political expression under the guise of ostensibly fighting cyber crime. This was because president Lungu, in the run-up to the passing of the law and his signing it, had been vocal about dealing with “people who abuse social media”. [5]

A week after the Cyber Security and Cyber Crimes Act was signed, then leading opposition presidential candidate and now Zambian president, Hakainde Hichilema, indicated that he would prioritise the repeal of the law once elected. [6]

Around the same time, five Zambian civil society organisations (CSOs) approached the Zambian High Court to have the law declared unconstitutional, and in early April 2021, the Media Institute of Southern Africa (MISA) Zimbabwe chapter – that serves as the MISA Regional secretariat – issued a statement in support of the Zambian CSOs. [7] The legal challenge ultimately proved unsuccessful.

In its statement in support of the court action brought by the Zambian CSOs against the Cyber Security and Cyber Crimes Act, MISA Zimbabwe stated: “The enactment of the Cyber Security and Cyber Crimes Act has a chilling effect on freedom of expression, media freedom and Zambians’ right to privacy. The Act falls far short of regional and international standards and instruments on human rights such as the African Union Convention on Cyber Security and Personal Data Protection (Malabo Convention), which sets the standards for cybersecurity and personal data protection laws as well as capacity building, knowledge exchanges and experience sharing among signatories.”

Among some of the other major issues of contention around the three new laws at the time was that many stakeholders felt excluded from the consultative processes. Furthermore, the hasty manner in which the laws were passed raised a lot of suspicion, and CSOs accused the Lungu government of planning to use the laws to stifle dissenting views, while opposition political parties said the cyber laws were the most controversial pieces of legislation passed since the country’s independence. [8]

Since early 2022 there has been a push from within Zambian civil society, led by Bloggers of Zambia, to re-ignite efforts to repeal the Cyber Security and Cyber Crimes Act. [9]

In March 2022, the Bloggers of Zambia, in collaboration with Nigeria-based Paradigm Initiative, held talks with Zambian CSOs and parliamentarians about the state of digital rights in the country and especially the potential impacts of the Cyber Security and Cyber Crimes Act on such rights. Following these engagements the chairperson of the Zambian parliament’s standing committee on media and ICT, Raphael Mabenga, indicated that the committee was open to receiving amendment proposals for the Cyber Security and Cyber Crimes Act from CSOs. [10]

In a report from March this year, Mabenga was quoted saying that “there were some clauses in the Cyber Security and Cybercrimes Act, which was enacted in a fast paced and secretive manner in 2021, [that] need to be corrected to make the law responsive to people’s needs.”

In a meeting in March 2022 with Zambian president, Hakainde Hichilema, Amnesty International secretary general, Agnes Callamard, also called for the repeal of the Cyber Security and Cyber Crimes Act, [11] and in mid-May 2022, Hichilema announced that his government would review the law with a view to either revising or repealing it. [12]

In the past, under the Lungu government, the state had censored online content by blocking websites, which could only be accessed using virtual private networks (VPNs). [13] On occasions, journalists, politicians and private citizens found themselves in trouble after having their private conversations recorded and publicly exposed.

The widespread state surveillance appeared a real threat when in 2019 the government announced the establishment of a cyber security squad to tackle cyber crimes and digital platform abuse. Following this, the Zambian government acquired CCTV camera systems that were mounted around the capital city, Lusaka, to support the state surveillance efforts.

At the time the Cyber Security and Cyber Crimes Act (2021), the Data Protection Act (2021) and the Electronic Communication and Transactions Act (2021) were enacted and signed into law, Zambian civic space had been shrinking and become severely restricted. Media houses that were critically reporting on the Lungu government were being shut down, and civil society activists were being threatened with arrest.

In June 2020, youths unhappy with the poor state of political governance under the Lungu government were prevented from holding a peaceful protest. [14] They were threatened with arrest and scores of police officers roamed the streets, as the youth activists defiantly declared that they would go ahead with the protest as planned. As the police combed the streets, the youth took their protest online, where they broadcast their grievances to the world. The online protest attracted over half a million engagements, which was considerably more support than what had been expected for the physical street protest event.

The Lungu government also used the COVID-19 pandemic as a pretext to limit gatherings by political opponents.

In view of the health crisis, the Electoral Commission of Zambia (ECZ) instituted a number of health measures in collaboration with the Ministry of Health to ensure that the spread of COVID-19 was minimized. [15] Key among the measures announced by the commission was a ban on traditional campaign rallies, a key feature of Zambian electoral processes.

In response, instead of holding large rallies in the run-up to the August 2021 general election, opposition political parties conducted mobile roadshows at which smaller groups of people could be hosted. However, the roadshows became mobile rallies that drew crowds that could not be contained and were eventually banned too by the ECZ. They were cited as potential major spreaders of COVID-19.

Opposition political parties criticized the decision by ECZ, pointing out that they were only banning opposition roadshows because they were attracting more supporters than the ruling party.

This was happening against the backdrop of incumbent president Edgar Lungu, who was also running as a presidential candidate, holding campaign events that drew large crowds, and looked to not be compliant with the COVID-19 health protocols.

As the general election drew near, it was observed that the internet became increasingly slow. This largely affected live streaming of online political campaign activities. Additionally, increasing electricity disruptions became a problematic feature to accessing the internet during this period. At the same time, the expiry period of data bundles meant that the costs of data bundles became significantly higher. Whenever there was no internet access or poor connection, or no electricity, citizens would incur huge data losses without any form of compensation.

In response to this situation, Common Cause Zambia, in collaboration with AccessNow’s #KeepItOn campaign, wrote an open letter to then president Lungu urging him to ensure that the internet stayed on before, during and after the general election. Following the release of the letter, the permanent secretary in the Ministry of Information accused those suggesting there would be an internet shutdown of being alarmist and said that the government had no intention to shut down the internet.

A few days before the election, though, the same permanent secretary in the Ministry of Information issued a statement saying the government would shut down the internet if citizens did not behave themselves online.

Around noon on election day, the internet was partially shut down and social media platforms, such as Facebook, WhatsApp, Instagram, Twitter and some VPNs and other platforms were blocked. [16]

A local CSO challenged the Zambia Information Communication Authority (ZICTA) in court for ordering mobile service providers to stop providing internet services and to block social media. The court ordered the restoration of full services and the unblocking of platforms, and ZICTA agreed to not act outside its legal authority going forward. [17]

At the time of writing, despite committing to review and revise or repeal the Cyber Security and Cyber Crimes Act, the Hichilema administration still had to make substantive moves in that direction. The existing limitations contained in the cyber laws passed in early 2021 remain a threat, especially in the absence of adequate checks and balances.

With the internet being a critical tool for many, not just civil society and the media, it can only be hoped that the new government will follow through on its stated intention of revising the Lungu laws of 2021.

Future digest contributions from Zambia will spotlight in greater detail the issues raised in this introductory article.

Susan Mwape is the founder and executive director of Common Cause Zambia (CCZ). She contributed to this article on behalf of MISA Zambia. Additional reporting was done by Frederico Links.