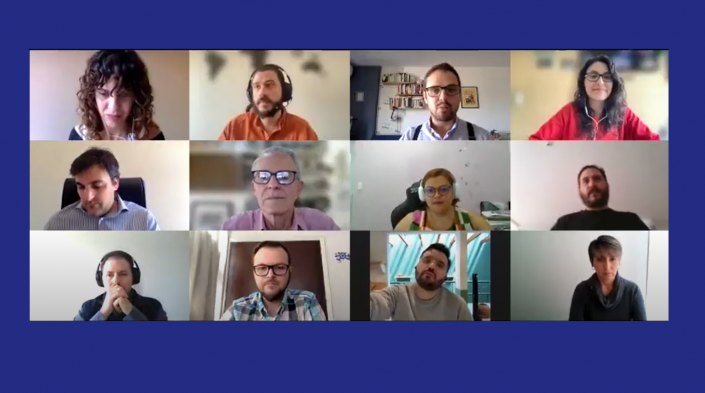 A regional pro-encryption agenda aimed at guaranteeing the development of the internet ecosystem together with the exercise of democracy and respect for human rights.

The Alliance for Encryption in Latin America and the Caribbean (AC-LAC) was officially launched on 21 October, coinciding with the first ever annual Global Encryption Day. The launch included a live online event,  #ACLAClive, with active participation by representatives of the 15 organisations that comprise the Alliance.

The participants jointly reviewed the basic agreements reached by AC-LAC with regard to encryption, including the need for the defence of human rights, especially the rights to privacy and freedom of expression; the need to generate a common framework of agreements; and the possibilities for the translation of those agreements into policies and regulations at the highest level that can effectively protect the right to encryption.

The online event gave rise to a lively discussion divided into two parts. The first part was a round of presentations by the member organisations, which focused on the implications and challenges of a multistakeholder coalition such as this one. The second part was a question-and-answer session that addressed issues such as the importance of a common regional agenda, despite the different realities in different countries, and the importance of building capacity and sources of information around the advantages of strong encryption in Latin America and the Caribbean.

The discussion also addressed ways to build links between the media and journalism and an agenda on encryption, and how to reach the most vulnerable sectors through those links. It also considered the negative consequences of not creating effective messages around encryption and how the subject has been dealt with in the media, especially in relation to "fake news" and disinformation, which has served to discourage a proactive agenda for more effective and advanced regulation of encryption. Finally, there was some discussion about the effects of the "hyper digitisation" that took place during the pandemic and ways to place the subject of encryption on local agendas.

The representatives of the Alliance's member organisations who took part in the event, in order of appearance, were:

The date of the event purposely coincided with the worldwide celebration of Global Encryption Day, in which strong encryption was in the spotlight around the globe to defend a more secure, reliable and strong internet for all users and the services offered through it.

You can watch the full event (conducted in Spanish and Portuguese) here: