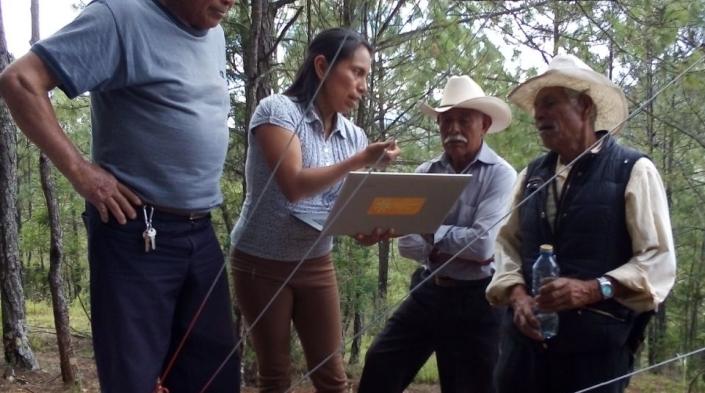 For years, Telecomunicaciones Indígenas Comunitarias A.C. (TIC AC), Mexico's fourth largest cell phone operator, has been fighting to provide telecommunications services to the most disadvantaged people in Mexico, specifically the 18 Indigenous communities that form part of it. Now TIC AC, backed by Rhizomatica and Redes por la Diversidad, Equidad y Sustentabilidad A.C., organisations that help communities build and manage their own low-cost, open-source communications infrastructure, is celebrating a historic victory: exemption from paying fees for the use of radio spectrum.

Since 2016, when they won their first radio spectrum concession, these non-profit organisations have faced various obstacles as well as discrimination. "Had it not been for the tenacity they have shown in court, the process would not have resulted in this victory," says Carlos Rey-Moreno, local access policy and regulation coordinator for APC’s community networks project. "There were moments that seemed insurmountable, such as when the Federal Telecommunications Institute asked TIC to pay for the use of radio spectrum."

TIC brought a legal challenge against the fee charged by the Institute. On 13 January 2021, the Supreme Court ruled in favour of the communities, in a unanimous decision that they would be exempt from such charges.

The result of years of community struggle

"The Mexican Constitution grants Indigenous peoples and communities spaces to engage in dialogue that allows them to avoid cultural assimilation and to internally debate their own processes of representation," says Erick Huerta, Rhizomatica's institutional relations coordinator, in conversation with APC, in the midst of celebrating the victory. "As part of this principle, the state must create conditions that allow communities to acquire and manage their own media outlets.”

When asked about his initial reaction to the ruling, Huerta underscores the sense of relief he feels after years of bureaucratic struggles and the satisfaction of seeing in the sentence precepts that are the result of the battle that has been fought by the communities, especially through community radio stations. "This is an affirmative action for the benefit of Indigenous peoples and communities, historically discriminated against and violated, and at the same time it sets a legal precedent. From now on, all regulations that pose obstacles in this regard will have to be reviewed," he says.

In the words of Valeria Betancourt, director of APC's Communications and Information Policy Programme, the verdict reinforces the idea that technology must contribute to significantly improving people's lives, and therefore must be approached through the lens of social, economic and cultural exclusion and inequality. "Only in this way is it possible to underpin the capacity of communities to self-manage the need to communicate, be informed and self-determine the way they use and inhabit digital spaces and technologies," she says.

In this victory against exclusion and in favour of equity, Huerta points out the central role of the communities themselves. "We are part of a movement of Indigenous communicators that has been working tirelessly for years, day after day. We owe this triumph to the communities themselves, to the Indigenous peoples who, with great tenacity and different strategies and tools, have not stopped fighting for the recognition of their rights."