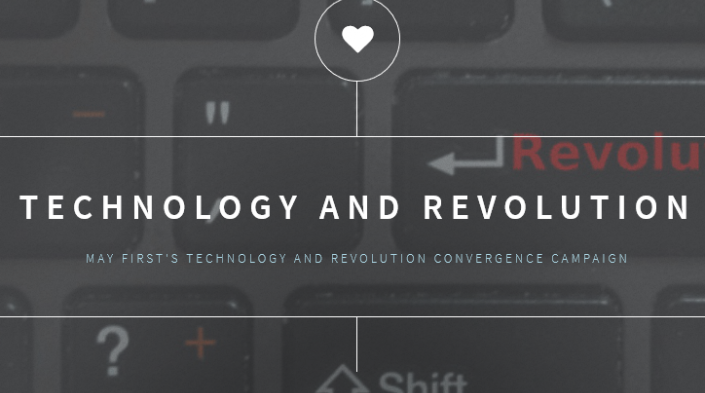 APC member organisation May First Movement Technology has launched a new video produced through the Technology and Revolution Convergence project, which it describes as “an unprecedented movement-wide conversation about the intersection between the revolution we want and the technology we use (and must democratise).”

Between 2017 and 2019, the Technology and Revolution Convergence campaign brought together over 1,400 activists in 25 local and regional sessions held in the United States and Mexico. The process began with 16 convergences held in 2017 to foster open discussions about the role of technology in revolutionary change. A discussion guide was published to help organise the discussions, but final decisions on how to facilitate the conversations were left up to the organisers of each convergence.

While these open discussions identified hundreds of priorities, a number of themes consistently emerged:

In 2018 and 2019, the project organised five focused congresses to further develop and refine the themes that emerged from the convergences held in 2017. These congresses yielded eight points of unity:

The new video lays out these eight points and is available here on the Technology and Revolution homepage for you to view, to download and to use any way you want. Show it to your organisation or community to open up a conversation about what it says. Let the project organisers know what you think. What else should be there? What doesn't make sense? Email alfredo@mayfirst.org with questions and opinions.

May First Movement Technology is a non-profit membership organisation that engages in building movements by advancing the strategic use and collective control of technology for local struggles, global transformation, and emancipation without borders. It is the largest membership technology organisation in the movements for fundamental change in the United States and Mexico, and has been an organisational member of the APC network since 2009.