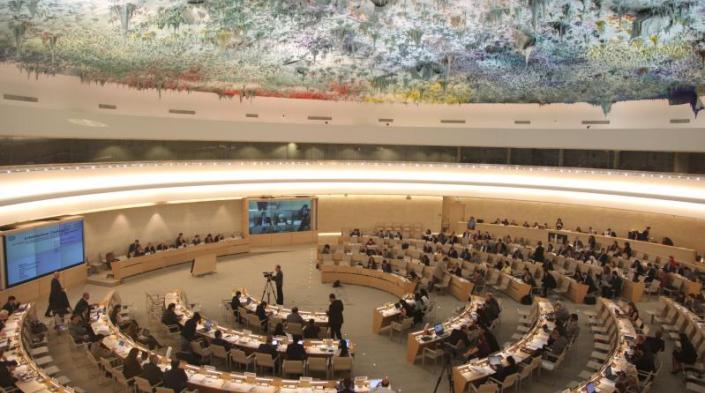 In partnership with members and networks, APC is working to protect and promote human rights online, engaging governments and other relevant stakeholders through a variety of United Nations processes including participating in the Universal Periodic Review (UPR).

In March 2013, APC, in partnership with its members and networks, made joint submissions to the UPRs of Mexico and Nigeria, discussing a range of internet-related human rights issues.

In Mexico, journalists and human rights defenders have been murdered as a direct result of online reporting about local organized crime and gangs through blogs, websites and social networks. Sexual harassment online of women journalists is exacerbated in online spaces. APC’s member in Mexico, LaNeta, stressed the need to urgently address current levels of impunity for violence against journalists and human rights defenders in the country.

In partnership with Fantsuam Foundation and Paradigm Initiative, the submission for Nigeria focuses on freedom of expression and freedom of information, highlighting how the internet is being used to promote and protect human rights in Nigeria, and the danger to human rights posed by lack of protection for journalists in Nigeria.

These submissions build on past advocacy dating back to 2011. In May 2012, APC supported participation in the 13th session of the UPR by members and networks from Ecuador, India, Brazil, South Africa and the Philippines, following stakeholder submissions made in late 2011. In October 2012, APC continued its advocacy at the 14th session of the UPR, supporting a joint submission with Bytes For All, Pakistan, which led to a number of recommendations on freedom of expression online at the review of Pakistan.

APC will be participating in the 16th session of the UPR in April 2013, contributing to joint submissions on internet-related human rights issues for the reviews of Colombia, Canada, Cameroon and Azerbaijan.