Internet intermediaries: The dilemma of liability in Africa

Home / News / Internet intermediaries: The dilemma of liability in Africa 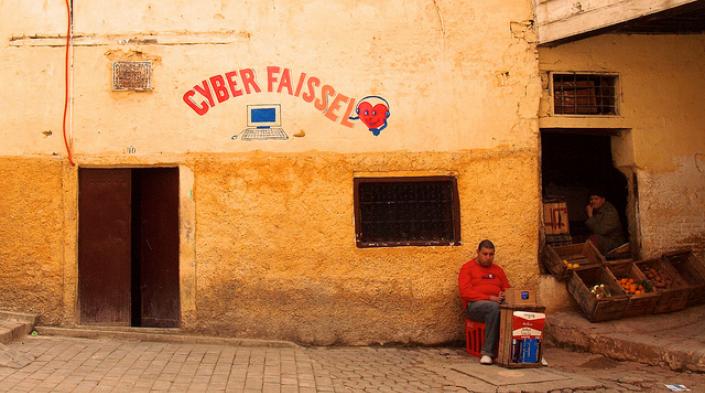 Internet access in Africa is growing rapidly, with millions of people from the region getting online, increasing participation in the public sphere, making exciting innovations and creating diverse content. But access barriers and problems remain, not only for upholding human rights online, but also for those wanting to provide internet access and services to people in the region.

This includes internet intermediaries: a range of entities that take many different forms. Some act as a go-between between us and the internet, while others create platforms for sharing information. Internet intermediaries range from internet service providers, telecom operators, social network platforms, bloggers, and even us the users, when we post information on our social network profiles.

But at the same time as content and sharing platforms are expanding, governments in Africa have joined the global trend to restrict and regulate some of the information available on the internet. As part of this trend, many states are creating new laws or regulations to make internet intermediaries legally liable for third-party content on their networks or platforms.

These trends present dilemmas for those interested in internet-related public policy. The role of governments in protecting human rights by regulating illegal and harmful material offline is reasonably well understood, with exceptions such as when governments use the “illegal and harmful content” discourse to restrict freedom of expression and reduce the space for public deliberation and dissent. But in the online world, new forms of unlawful or harmful content have emerged, resulting in new forms of harm to marginalised or vulnerable groups, such as harassment or violence against women.

Governments have been slow to develop and agree on rights-affirming responses to all such illegal or harmful material. Instead, a primary driver has been largely international pressure to protect intellectual property rights, with governments in the region being pressured to develop new regulatory measures aimed at holding internet intermediaries liable for unauthorised copyright or other intellectual property rights material transmitted or stored on their networks and platforms.

Rather than using traditional law enforcement alone, for some governments it is easier to identify an intermediary and target it for a criminal or civil offence, rather than directly policing the behaviours of the users, as they would in traditional offline law enforcement. Governments do this by asking the intermediaries directly to take down content, even where no court order is in place. Because of this, and in order to avoid legal liability, internet intermediaries may be forced to restrict information posted on their networks and platforms. Such restrictions are for many reasons, such as content that potentially violates trademark or copyright regulations or might be considered indecent, immoral or politically subversive.

These regulations (and the threat of regulation) make intermediaries vulnerable to the exercise of government oversight, as they are used as a point of control over unlawful content on the internet. However, they may not be well placed to do so, especially on legal questions related to human rights. At the same time, the impact of intermediary policies (such as terms and conditions) which fail to deal with complaints about such content from users is also causing difficulties.

While in some countries intermediaries are protected from such potential liability (for example, by what in legal terms is called “safe harbour”), most African countries do not have such provisions. This lack of protection makes some intermediaries too afraid to transmit or host content on the internet, resulting in less content being available online. Protecting intermediaries from liability is an important step for having a free and open internet and for promoting the development of regional content. But questions remain, for example, as to when it is acceptable for intermediaries to be liable for content and how we can determine best practice to ensure the protection of all human rights online.

The failure to take a universal approach to rights protection, for example, and the giving of special privilege to intellectual property rights protection, has resulted in regulatory models for intermediary liability being limited to those tailored to a narrow range of rights. The result is that these models have proved ineffective for other illegal and harmful content which violates other human rights and for which it can be argued that intermediaries should have obligations to take positive action.

To help explore these questions, APC first conducted research and raised awareness on the state of intermediary liability in Nigeria, Kenya, Senegal, South Africa and Uganda in 2012. During 2013 and 2014, in light of the research findings, we focused on developing the discussion on what is best practice in this area. We began to explore what “good practice” might look like and to consider how to develop “need to know” guides based on the research findings. In February 2014, we hosted a workshop attended by researchers, activists, women’s human rights defenders, government and private sector representatives to consider the research findings and explore implications.

This special edition of APCNews presents some of the research and resources that we have developed during this work, including our frequently asked questions. We present interviews with Alex Comninos and Andrew Rens (South Africa), Gbenga Sesan (Nigeria), Grace Githaiga (Kenya) and Lillian Nalwoga (Uganda), researchers who participated in the research and who reflect the evolution of intermediary liability in their countries, as well as Nicolo Zingales, who did a comparative analysis of the continent. We also explore the difficulties that a narrow approach to regulation of intermediaries for unlawful and harmful content presents for protection of women’s human rights.

We hope you find this special edition of APCNews useful, and that it will answer some of your questions on internet intermediary liability in Africa.

All articles from this special edition

The liability of internet intermediaries in Nigeria, Kenya, South Africa and Uganda: An uncertain terrain

All our resources on intermediary liability are compiled here