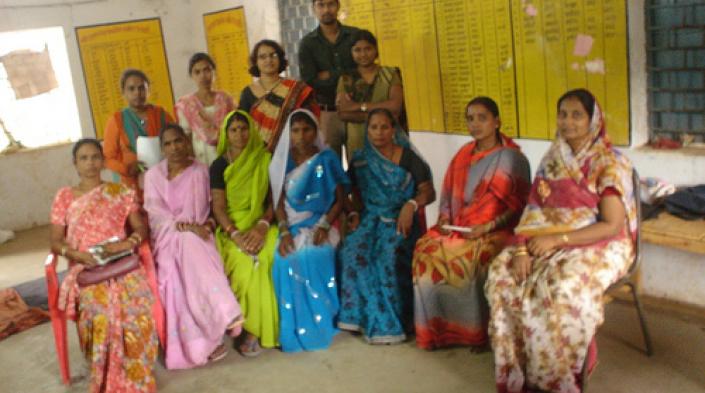 In India, especially rural India, it’s no secret that inequalities between men and women and between castes are deep. Strong traditional and cultural values dictate who has the power, and while government attempts to include gender on the official agenda in traditional sectors like health and education, including gender considerations into rural e-governance in India’s poorest state, Chhattisgarh, has been a challenge for Dr. Anupama Saxena, associate professor in political science and in-charge director of the Women’s Studies and Development Centre and her team of research students at the Guru Ghasidas Central University in Bilaspur.

Her project, which is investigating the inequalities between men and women in rural e-governance and exposing the reasons why they exist, has helped show that while 33% of government seats in rural governance are assigned to women, more often than not, it is their husbands who play the women’s elected roles and speak for them.

But bringing this issue to government officials and talking about gender in rural e-governance is an ongoing and difficult task. “The APC’s Gender Evaluation Methodology,” she says “helped me observe the situation and present the gender gaps concretely. GEM helped in setting up the indicators and correlating the information very systematically and in deriving conclusions that are factual and convincing.”

Thanks to GEM, Dr. Saxena was aware that it was important to include women researchers and field workers to get to the information she needed. “After a few focus group discussions, we started to notice that the female sarpanchas, democratically-elected village heads, were not as open with the male interviewers as with females,” says Dr. Saxena. Stories of sexual harassment by government officers and bullying by husbands started to come out in the female-led discussions. With family members out of sight and women-only interview environments, the real stories started to emerge.

Caste was also a concern for the research team. Focus groups leaders included a woman from the Shidul or “untouchable” caste. “The women of this caste suffer from feelings of inadequacy,” Dr. Saxena explains. “So having an interviewer from this caste made it easier for those interviewed to speak openly.”

Growing pains: Gender and ICT issues not yet taken seriously in India

Gender within the ICT sphere is a relatively new concept in India and government officials are just not ready to accept the issues yet. “We have invited government officials to come and listen to us, which they have done, but they are not yet convinced about the existence of gender issues in such a technical field,” Dr. Saxena concludes.

The irony is that the e-gram suraj (rural e-governance) scheme is a programme that can still be salvaged if the necessary changes are made to some design and implementation issues. And the programme could have potentially tremendous benefits for poor rural women who are local elected representatives.

GEM has shifted Dr. Saxena’s perspective on how to better engage with policy-makers. Instead of simply presenting material to them, she now engages them directly. For example, acting as a representative for the APC at the Internet Governance Forum in Hyderabad, India in 2008 and other prestigious ICT conferences in India where the GEM findings were also discussed, she was able to talk directly to political figures in the ICT sector and at least plant the seed that gender and ICTs in rural governance is an important and ever-growing issue.

She and her team also invited a top official to the university, who is an expert on the planning and implementation of new laws and policies. After a six-hour discussion, they still could not agree on gender inequalities within the ICT sphere, but the fact that the discussion went on for so long was seen as a good sign. Women’s organisations are also reacting positively to the GEM methodology and to the case of gender and ICTs.

Dr. Saxena, who has made a name for herself as an expert in the gender and ICT sphere over the years, explains that while it has been difficult to get her team’s stance taken seriously, their presence in the debate is growing, as is interest by other organisations and the international community, largely thanks to the concrete results they were able to bring forth using GEM.

The students also became more comfortable engaging in the research interviews with members of the opposite sex.“Two of my female students were able to go into the field, something which was not easy for their families to accept.”

And the students have come a long way : “One of my former research students who was from a lower caste is now a teacher herself. Another of my male researchers is now working with the government and does what he can to bring a gender perspective to his work.”

As for herself, Dr. Saxena states that “GEM has given me confidence on various different levels. It’s a very good evaluation methodology to collect, analyse and present data on gender in the sphere of ICT and is extremely helpful for advocacy with the government.

“GEM has also helped me become a better teacher and advocate. Now I incorporate new networking tools like Ning (a social networking site) and Flickr (a photo-sharing site) and advocacy tools like digital stories (short videos using images and sounds to tell a personal story).

“Finally, GEM has helped me refine my concepts, research skills, terminology and advocacy strategies through its continued online support by its experts. Being supported by an international community of organisations who feel strongly about gender and ICTs has given me the strength to face the scepticism of government officials and members of the ICT sector.”

Since using GEM, Saxena’s team has become much more outcome- and impact-oriented. “We realised that if we really wanted to change the minds of policy makers, we should have a sustained effort and engagement with the issue and policy makers,” says Saxena. “In order to do that, we need partners from different sectors, like civil society, something that had never occurred to us before using GEM.” GEM has transformed Dr. Saxena’s team’s research approach from one that was purely academic into one that uses their research to make policy change and change the lives of hundreds of thousands of people for the better.