Has the Palestinian Cybercrime Law really been amended?

Home / News / Has the Palestinian Cybercrime Law really been amended? 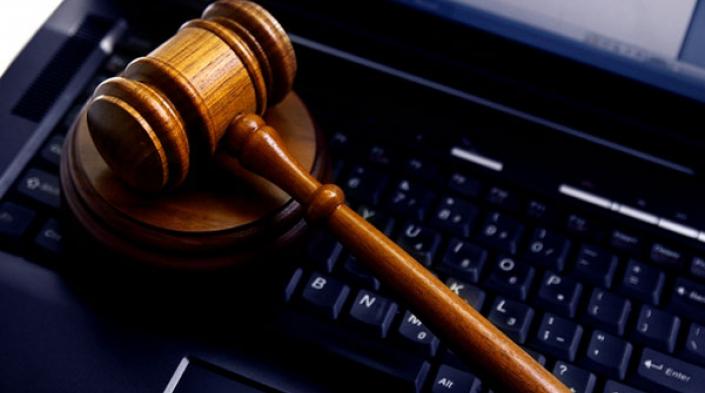 In order to exert pressure on the Palestinian government, coalitions held meetings between civil society representatives and governmental bodies concerning amendment of the law in 2017. These ongoing discussions in addition to campaigns launched by activists, journalists and lawyers compelled the government to issue a new law no. 10 in 2018 regarding Cybercrime.

The Palestinian Authority (PA) was subjected to tremendous pressure after its ratification of Law no. (16) in 2017 regarding cybercrime, which was met with great opposition by civil society, international human rights organizations, digital and media rights institutions, as well as journalists, lawyers, and human rights activists. Relevant institutions and individuals joined efforts to raise their voices and criticize the new law, which violates privacy and freedom of expression as enshrined in international law. In addition, some of its articles contain broad and loosely defined terms which allows the PA to interpret these as desired, leaving Palestinian internet users vulnerable to prosecution. The government was requested to amend and adjust the law to comply with international law and agreements that Palestine has previously ratified. Further demands for repeal of the law by civil society forced the PA to propose a draft of the amended law, which was published in the official Palestinian Publication Newspaper on May 3rd this year.

Problems of the first draft of the Cybercrime Law

Civil society organizations, international human rights institutions, digital and media rights institutions and relevant individuals challenged the law because of its ambiguous articles and loosely defined and vague terms that could be interpreted as the government wishes and be applicable to a wide array of events or people. The most striking examples are articles 16, 20 and 51 which allow penalizing individuals with a fine or imprisonment. The penalty could be as severe as hard labor or imprisonment for life according to broad and loose accusations such as “threatening the security and safety of the state, violating public decency, harming national unity, civil strife, etc”. This contradicts international norms as well as the Basic Palestinian law, particularly article no. 15 which affirms that “Crime and punishment shall only be determined by the law”. Also, the first draft of the law threatened to completely or partially block sites in response to the previously mentioned accusations.

According to the Independent Commission of Human Rights which reviewed the records of the Palestinian Cabinet from June 20th last year, no attempts were made to forward the Cybercrime Law to the president for approval, thus, its first draft was published secretly on July 9th, without presenting it for public debate and without consultation from civil society organizations and relevant human rights institutions. In addition, this law was enforced immediately, contrary to the systematic procedures of issuing laws where they are suspended for six months to allow time for the citizens to review them and adjust conduct and behaviour in accordance with the newly issued law. Furthermore, the law granted the Attorney General’s Office the authority to search individuals under the claim that articles of the law had been violated without previously notifying the individual that their electronic communications and conversations had been monitored. This amounts to a grave violation of user privacy.

Amendment of the law

In order to exert pressure on the Palestinian government, coalitions held meetings between civil society representatives and governmental bodies concerning amendment of the law in 2017. These ongoing discussions in addition to campaigns launched by activists, journalists and lawyers compelled the government to issue a new law no. 10 in 2018 regarding Cybercrime. The newly proposed law preserves some of the initial articles while it amends others after the government demonstrated commitment to modifying the law in such a way that ensures it is in line with international law and agreements, to some of which Palestine is a signatory. The new law draft removes the articles that directly violate freedom of expression and privacy and use loose terms, as the government responded to concerns expressed by civil society organizations, especially with regards to bringing the law in line with  international standards and criteria.

Disadvantages of the amended law

The amended law refuses to reject some articles that were initially opposed, such as article no. 39 which continues to allow the blocking of websites within 24 hours, as well as article number four that threatens to penalize individuals by imprisonment and/or fines for anyone who deliberately enters these websites and/or continues to use them despite knowing that the websites were blocked. This is considered a direct violation of media freedoms, in addition to the fact that the Palestinian economy could face severe repercussions in the face of blocked web pages. The amended law also retains the power in the hands of the Attorney General and the judicial bodies such as the Police, the General Intelligence, the Preventive Security, the Military Intelligence, the Civil Defense, the Ministry of Communications, the General Attorney Office, and internet suppliers who are forced to archive users’ data for at least three years at the request of the government. Upon reviewing the law, we find that the second clause of article no. 34 contradicts the first clause of the same article and also the first clause of article no. 36, as the first clauses of both articles enable a Magistrate Court judge to allow monitoring, recording, using and immediately legally objecting the content of electronic communications and conversations, whereas the second clause of article no. one grants such power to the Attorney General or one of his assistants. This is indicative of the broad powers granted to these governmental bodies, which may pave the way for the Attorney General possessing more authority in collecting and retaining data and information than the judicial system itself.

Initially, the loose terms used in the amended law were limited to “the national security, public order, and public decency”. Mr Mahmoud Ifranji, the Palestinian Human Rights Organizations Council Coordinator, commented on this matter: “Although these terms exist in article no. 19 of The International Covenant on Civil and Political Rights, article no. 19, in this regard, serves to provide a space for freedoms in which terms such as public order and decency do not contravene democratic processes and continue to guarantee a fair trial. However, this begs the question, are these terms applicable to the legal and political situation in Palestine where democracy remains to be infringed upon?” Article no. 45 of the amended Cybercrime Law stipulates: “Anyone who commits a crime according to any applicable law by the usage of the Ethernet network, IT tools or participated, interfered, or encouraged the commitment of a crime not listed in this law, receives the same punishment stated for that crime in other crime laws.” This legislation refers to the Penal Code, and appears to have concealed meanings. According to Dr. Isam Abdeen, head of the Local and Regional Advocacy Unit in al- Haq institution, the loose terminology that exists in the Penal Code such as “crimes that undermine the state status, and weaken the national prestige and provokes sectarian tensions”, lacks definition and thus violates international conventions to which Palestine has previously acceded.

The revised law also legitimizes illegal collection of evidence despite the fact that Palestinian Basic Law considers information collected illegally to be illegitimate evidence. Article 37 is in stark contradiction with this, stating: “any evidence collected via any means of information technology or data systems or information networks or electronic websites or electronic data and information shall be considered solid evidence”.

Problematic articles in  the amended Cybercrime Law continue throughout until articles 42 and 43, which deal with facilitating cooperation with other countries, which may potentially pave the way for Israeli surveillance practices to enable the authorities to accuse Palestinian internet users of incitement online. Ifranji pointed out that “these two articles are subjected to the government disclosing the terms of the Oslo Agreement as well as other bilateral agreements to the people”. Therefore, these two articles remain ambiguous without the possibility to judge them unless the government clarifies them according to its agreements.

Advantages of the amended law

Generally, and despite all the notes, the new law carries some positive elements which promise to uphold and respect freedom of opinion, expression, and publication, protection of privacy, and protection of children, adolescents and people with disabilities, as well as adults, in addition to focusing on combating terrorism, money laundering and intellectual property. For example, article 21 of the first draft of the Cybercrime Law threatened freedom of opinion, expression and publication and was among the first articles that was opposed by civil society and activists. This led to the revised version promising to uphold and guarantee these freedoms in all their forms such as speech, writing, photography and art. It also guarantees freedom of journalism, press, and paper, audiovisual and electronic publication, which may raise the value of media freedoms in Palestine and ensure its preservation. Article no. 16 of the new law protects children, adolescents, youth under the legal age and people with disabilities, as it penalizes anyone who exploits them sexually or sends them pornographic materials for the purpose of influencing and exploiting them with a fine and/or imprisonment or both. These penalties will be directed against anyone who sends audible, readable or visual materials containing pornography to people above the age of 18 years without their consent. Article no. 27 of the revised law should be highlighted as it threatens any employee who exploits his/her power and authority while performing his/her duties or enables others to do so, to be penalized one third more than regular citizens, which contributes to increasing and protecting privacy.

What are the next steps?

It is evident that the government revised and proposed amendments to the law due to extensive pressure exerted by civil society organizations, international human rights organizations and digital and media rights institutions through a series of campaigns and lobbying activities in 2017 when the law was issued. This pressure compelled the government to release a revised version of the law which is taking international laws and conventions into consideration.

However, some of the articles of the law still pose a threat to freedom of opinion and expression, which contradicts the official letter issued by the Palestinian Government addressed to the United Nations’ Special Rapporteur Mr. David Kaye. The 15th article of the letter entails “a pledge by the President and the Prime Minister to amend any article of the law decision that does not totally conform with the international covenants and agreements”. Despite this pledge, the new law was issued in a similar manner to what happened the first time, namely, failing to engage relevant citizens and institutions and was published in the Palestinian Publication Newspaper on May 3rd, 2018 to the surprise of citizens and human rights organizations and other relevant institutions.

Some may argue that the law entails more positive aspects than negative ones. However, the government’s response to Mr. David Kaye regarding compliance with international law and conventions presents an opportunity for Palestinians to pressure the government into amending the remaining articles that still contravene international standards. Therefore, the prospect of enforcing an ethical Cybercrime Law in Palestine that protects the digital rights of Palestinian citizens will only be realized when acts such as blocking websites, arresting people in the absence of a court order and vaguely defining articles are amended.