Gendered disinformation on monkeypox: "If we keep pushing it as a gay disease, people will die"

Home / News / Gendered disinformation on monkeypox: "If we keep pushing it as a gay disease, people will die" 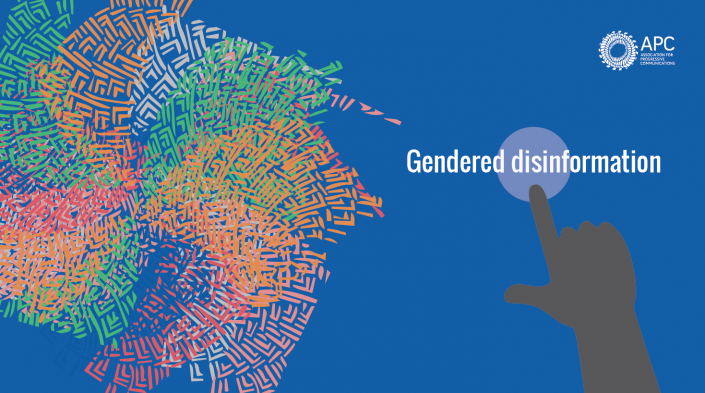 In late July, the World Health Organization (WHO) declared monkeypox a “public health emergency of international concern”. Just a few weeks later, cases are surging worldwide. As of 26 August, there have been 46,562 confirmed cases of monkeypox reported worldwide. As health and other establishments scramble to contain this new disease outbreak, their problems are compounded by a particularly contemporary ailment – gendered disinformation.

In his press statement in July, WHO Director-General Tedros Adhanom Ghebreyesus said that “for the moment this is an outbreak that is concentrated among men who have sex with men, especially those with multiple sexual partners.” He also suggested that men who have sex with men (MSM) should, for the moment, reduce their number of sexual partners and reconsider sex with new partners. And the day before the WHO declared monkeypox a public emergency, the director of the US Centers for Disease Control and Prevention (CDC) had said in an interview that two children with monkeypox had been “traced back to individuals who come from the men-who-have-sex-with-men community.”

Several conspiracy theorists across the world have used these early explanations of how the disease was spreading to create confusion with disinformation, with special focus on a gendered aspect of targeting LGBTIQ+ people. A whole range of gendered disinformation is now fuelling this fire.

In Malaysia, Justice For Sisters (JFS), an advocacy group, has noted that monkeypox reportage has been severely problematic in Malay-language news outlets. They said the reports often portray LGBTIQ+ people as “sinners” who must be dealt with.

A group of South American researchers recently wrote a concerned letter in the Journal of Infection in Developing Countries, pointing out that of the English-language Twitter traffic about monkeypox, only 28% was factual, while the rest was either wrong or unverified. In the letter they stress that “real-time monkeypox surveillance on social media can be a valuable tool for public health agencies and organizations.”

Similar to conspiracies around COVID-19 origins, social media disinformation has also claimed without evidence that the monkeypox virus originated at the Wuhan Institute of Virology. Amid panic of a spreading contagion, Brazilian media reported that 10 monkeys were poisoned within a week in Sao Jose do Rio Preto and similar incidents were found in other cities. Margaret Harris, a WHO spokesperson, tried to reassure people that monkeys are not the primary carriers and that “people certainly should not attack the animals.”

Earlier generations have seen the devastating effects of gendered disinformation in the global HIV/AIDs crisis. For some, the current crisis brings back memories of the “HIV as gay cancer” era, reminding them of old wounds and lost community. Public health experts and LGBTIQ+ activists fear that they will again see MSM and others from the community going underground. Ishwar Gilada, a doctor who opened India’s first AIDS clinic in 1986, told the media that this is already happening – when he recently urged two of his patients, a gay man and a bisexual man, to get tested after their sexual partners caught monkeypox, they refused.

Such disinformation is especially dangerous for MSM communities in countries like Singapore, Malaysia and Bangladesh, where gay sex remains illegal. Dr. Stellah Bosire, MD and human rights activist based in Kenya, told us that the ongoing gendered disinformation on monkeypox is a reflection of “violence, oppression, and state-induced attack” on the LGBTIQ+ community.

Some have also pointed to the racist nature of the global response to monkeypox. The Foreign Press Association in Kenya has called out news outlets that use images of Black people for monkeypox stories, stating, “What is the convenience of using such images to tell the world how Europe and America are reeling from the outbreak of monkeypox? Is the media in the business of ‘preserving White purity’ through ‘Black criminality or culpability’?”

There is no need for the affected countries to reinvent the wheel in fighting the spread of #monkeypox virus. Africa has the expertise to prevent, detect and respond to infectious disease outbreaks. We do this routinely, including for monkeypox. https://t.co/gk9Lw0GXbE

Separating facts and opinions from fiction

Monkeypox is a viral zoonosis (transmitted via a virus from animals to humans) that has been largely restricted to and endemic in African countries since the 1970s. The mortality stakes for the disease remain quite low so far.

The WHO factsheet on monkeypox clearly states, “Human-to-human transmission can result from close contact with respiratory secretions, skin lesions of an infected person or recently contaminated objects. Transmission via droplet respiratory particles usually requires prolonged face-to-face contact.” The WHO does not state that monkeypox is a sexually transmitted infection (STI). No public health organisation has said so. This, despite how early cases have been found predominantly in MSM communities and it was immediately linked with MSM, including in WHO’s own initial communication. But the virus is transmitted through secretions of any kind, not just sexual.

Dr. Aqsa Shaikh, trans activist and associate professor at India’s Hamdard Institute of Medical Sciences and Research, said, “Sexual activities involve close physical contact and it is very likely that is the reason rather than ano-rectal secretions or through seminal or vaginal fluid. So it might be too soon to call it a STI.”

This has been the source of some tension and disagreement among public health experts and LGBTIQ+ activists – not just whether monkeypox is an STI, but what the implications are of labelling it thus, given the avalanche of disinformation that has to be parsed and fought simultaneously.

In the other corner is someone like Dr, Gilada who believes that it is of paramount importance to label monkeypox as an STI. “People talk of this being transmitted via respiratory transmission or droplet transmission. That is not the primary case. Those are minority accidental cases. The primary transmission is via sexual activity,” he said. He cited the examples of HIV and syphilis: “Those can also be transmitted from mother to child or through blood transfusions. Do you then call them something other than an STI then? No, right?”

For some like Dr. Gilada, it is time to call monkeypox a STI and define the target population as MSM and especially those with multiple sexual partners. These medical experts are joined by some LGBTIQ+ activists such as Dan Savage, who recently commented to the media that "people are so afraid of the weaponization of social media, accusations of bigotry, homophobia, that they're letting gay men get an incredibly painful sexually transmissible infection.” He added, “What's more homophobic? The assumption that gay men can't hear the bad news? Or protecting gay men from the bad news and then letting gay men get sick?”

Dr. Ifeanyi Nsofor, a public health expert based in Nigeria where the anti-gay marriage law stipulates a minimum of 14 years of jail term, strongly disagrees. He argued that public health authorities should immediately “clarify in their monkeypox messaging that it is not a sexually transmitted disease. They should be clear about the modes of transmission so that the public is well educated.” Otherwise, the stigma of the disease is likely to make gay men and MSM not report symptoms, while others will ignore symptoms assuming they are not at risk.

Dr. Bosire also pointed out that sexual and gender minorities are estimated by WHO to be only 15% of a population, and so “many countries will not regard [monkeypox] as a disease of public health concern.”

Rita Baramu at APC member Body & Data, a Nepal-based organisation that enhances understanding and access to information on digital rights among women, queer and marginalised groups, said that disease disinformation has a disproportionate effect on the LGBTIQ+ community. “This probably delves from the treatment of queerness as a disease, something that occurred even in mainstream medical society until not long ago,” she said. She also pointed out that defining monkeypox as limited to queer people added a surveillance risk to the community, where vaccine access means first disclosing your identity and governments monitoring you as a health risk.

While this issue divides public health experts, it remains important to remember that in all these years of monkeypox being endemic to African countries, it was never labelled as a STI affecting MSM. Tian Johnson, a queer activist based in Kenya and founder of the African Alliance, said they are concerned about this new “dangerous and false narrative.” “The transmission there has never been portrayed as a gay issue,” they said. “Linking transmission to gay men and MSM is only largely outside Africa, and that speaks to the inaccuracy of labelling this a gay disease. It isn’t.”

Fighting back against gendered disinformation

APC is committed to tackling gendered disinformation, as it did with its Twitter campaign on International Women’s Day this year. And it has cautioned against criminalisation of disinformation since these “efforts often do not distinguish between lawful and unlawful expression, limiting the exercise of freedom of expression and allowing governments to exercise greater discretionary control… [we] must aim for a minimum level of intervention in accordance with the principles of necessity and proportionality.”

APC member Intervozes has researched how digital platforms lack policies and processes about disinformation and continue to develop reactive actions for it, and it has also published a report on specific ways to combat disinformation. Other APC members like Collaboration on International ICT Policy for East and Southern Africa (CIPESA), PROTEGE QV and other groups have launched an interactive map to analyse disinformation laws, policies and enforcement in Sub-Saharan Africa.

Johnson emphasised that we need to learn from the HIV/AIDS outbreak and tackle all gendered misinformation immediately. “We know from HIV that accurate information, non-judgemental healthcare and public messaging works to get people to seek care and prevent the spread,” they said. “So what we need to do right now is to share accurate information, take extra precautions when it comes to intimacy and care for your and your fellow humans' well-being.”

The Black AIDS Institute is trying to challenge monkeypox disinformation and fight the stigma attached to it. “Our house is on fire again. Déjà vu,” institute chair Grazell Howard told the media. “Do not be irresponsible in the messaging, because as soon as [they] said it was gay, my community stopped listening… Knowledge is the solution. We're all in it together. Anyone can contract it.”

NLGJA: The Association of LGBTQ Journalists has issued an advisory on how the media should cover monkeypox, including steps like exercising caution when referring to populations most affected, considering patients’ medical privacy and clarifying how this virus spreads. Innovative projects like Tattle and FactCheck.org have also been doing their part to systematically dispel disinformation.

In a welcome move, some politicians have also taken up the fight against disease disinformation, including a UK petition to educate the public that monkeypox is not an STI affecting the LGBTIQ+ community. More creatively, health experts and LGBTIQ+ activists have also taken to social media, especially TikTok, where several content creators, doctors and monkeypox patients have been making videos to debunk the prevailing disinformation.

Johnson emphasised that the world must urgently learn from African experience. “Listen to Africa!” they said. “We need to decolonise global health and call this out for what it is: white supremacy. We have been managing MPX for years in Africa. It’s only now that white people (who, as we saw from COVID, are the only lives that truly matter) started contracting it, MPX is making headlines and vaccines are being stockpiled.”

“If we keep pushing it as a gay disease, people will die,” Dr. Nsofor concluded. “It is ultimately a matter of life and death.”