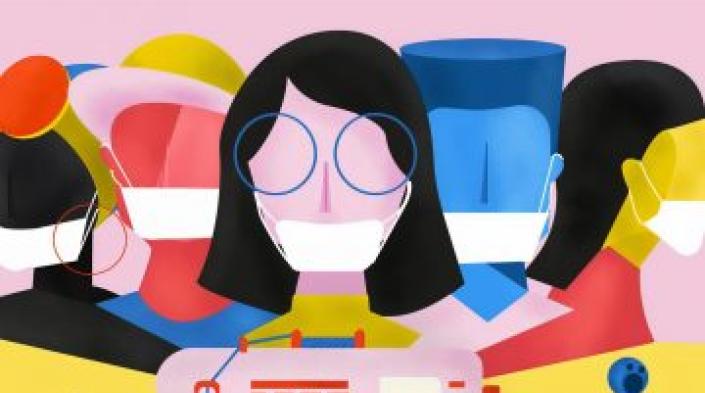 This article was republished from the Foundation for Media Alternatives.

The COVID-19 pandemic has exacerbated concerns on public life. Among the conditions faced in the Philippines during this period is gender-based violence, influenced by the quality of gender-responsive measures in times of crises.

Instead of a public health approach to the crisis, the Philippine government treats the pandemic as a peace and order issue. Thus, military officials are the ones implementing the National Action Plan in response to COVID-19. The Bayanihan to Heal as One Act, the law that granted the president special powers to respond to COVID-19, has resulted in reported illegal arrests and detention of relief workers, protesters, and civilians. The working poor became easy target of policing. Economic and labor issues are pressed as people began losing jobs and have little to no access to needed public service. Extrajudicial killings, which have been linked to the administration’s drug war policy, continued. The period is also seeing new trends on how COVID-19 is impacting women and is putting deeper dents into the existing violence that women have been experiencing prior to the pandemic.

On June 30, 2020, the Foundation for Media Alternatives (FMA), with support from the Association for Progressive Communications, submitted a report to the United Nations Special Rapporteur (UNSR) on Violence Against Women (VAW) to contribute to the UNSR’s report on women’s conditions in the time of the COVID-19 pandemic. FMA’s submission highlights the existing laws and policies that target women’s welfare, and how they are affected during the pandemic.

During the enhanced community quarantine or hard lockdown, there has been a drop of overall reported cases of gender-based violence (GBV). However, the number of reports increased after the easing of the lockdown. The quarantine period might have affected people’s means of reporting and reaching out to support offices. These include limits placed on everyone’s mobility, such as enforced home quarantine for everyone and the suspension of all means of mass transportation.

The following were some of the incidences of GBV reported in media during the lockdown period from March 16 to June 2: domestic and physical violence; police harassment at checkpoints and rape of women by law enforcers; online harassment as a result of providing personal information for contact tracing; verbal abuse and unauthorized use of photos and videos;increase in online sexual exploitation of children; mental health woes of women; and, discrimination of women frontliners by their landlords and their communities for fear of being contaminated with the virus.

In response to the reported cases, online reporting mechanisms and initiatives have been devised by government agencies, civil society organizations, and volunteer groups.

Many women’s groups actively reached out to communities to monitor women’s situation and needs during the pandemic, through online and offline channels. They raised funds and distributed goods to women in the community. Civil society organizations also conducted trainings, held online consultations and discussions to continue campaigning for women’s rights and welfare.

While these efforts and initiatives have been disseminated online and offline, some women’s organizations observed gaps in terms of responsiveness. The issuance of protection orders is not as speedy as it used to be. Those working in barangay VAW desks were observed to be doing COVID-19 related work as well, and this might have affected their response to VAW cases reported to them. Court operations were also reduced, affecting the conduct of hearings of VAW related cases. Sexual and reproductive health access have become difficult in many areas, although there are still cities that have continued to provide such assistance.

In this period of limited mobility, people’s access to information and communications technology have become more crucial than ever. Telecounseling efforts were implemented and information dissemination and reporting are largely done on social media. However, the current internet penetration in the Philippines is reported to be at 67% of the total population. This means that there are still segments of the population, including women, still unreached by the internet. Those who have access are also susceptible to violence, as harassment and abuse have also been reeled online.

The following are some of FMA’s recommendations: