In the face of disaster: Self-management and social networks in Mexico

Home / News / In the face of disaster: Self-management and social networks in Mexico 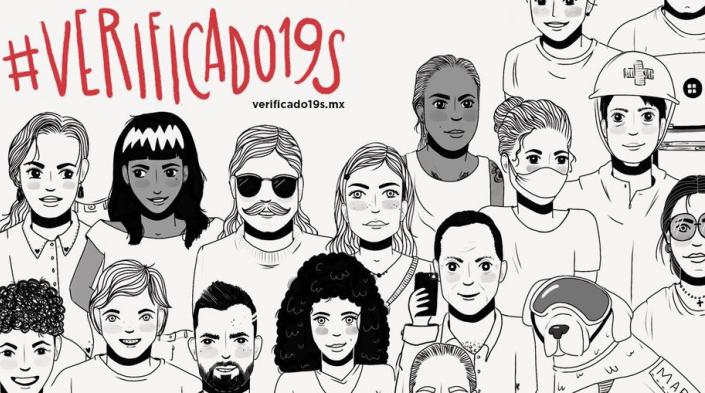 The 19 September earthquake in Mexico left more than 200 fatalities, dozens of buildings reduced to rubble and countless losses in its wake. However, it also highlighted the potential for self-managed citizens in times of crisis, working through improvised centres and using the resources within their reach.

APCNews spoke with Gisela Pérez de Acha from our member organisation Derechos Digitales about solidarity, citizens’ self-management and the use of technology in times of crisis.

APCNews: How have the last few weeks been for you and how are things today in Mexico after the earthquake?

Gisela Pérez de Acha: At 1:14 in the afternoon on 19 September everything shook. The books in my office started to fall off their shelves on the wall. Window panes shattered. The ground was shaking so much I could barely get out of my building. I felt dizzy and confused. A building under construction just across the way was about to collapse. We didn’t know where to run or where to go. We thought we’d be crushed where we stood. Those were three eternal minutes of pure terror.

The earthquake shook all of our structures, including the personal, social and political. The fear it created was like a screen that revealed what we already knew: that we just can’t count on the Mexican government, which is rotted to the bone by corruption. And this has been a crucial issue after the earthquake. The country has very strict building regulations introduced after the 1985 Mexico City earthquake that killed nearly 10,000 people. Unfortunately, corruption prevails and guidelines simply aren’t respected, and in this case that led to fatalities.

Now we’re rebuilding and reimagining our city, resisting the laws they want to impose on our neighborhoods. We’ve learned lessons from this seismic event and we’re taking that knowledge to other areas of politics. In the country’s states and rural areas there’s another challenge: how to construct what has never been built before?

APCNews: People in other countries have been following the citizens’ response to the earthquake and see it as an example of civil society self-management. How did you personally experience this process of self-management?

GPA: First of all, we knew that the government wasn’t going to do enough. Just minutes after the earthquake there were members of the public directing traffic due to the complete absence of the police, along with untrained citizens who used harnesses to continue the rescue work. The authorities were present – they just didn’t do their job. After that, it was a bodily reaction. That day we lost whole sections of our city, and seeing this made you want to go out and help and do something useful. There were incredible shows of solidarity, but in the end the problem was coordinating our efforts. It wasn’t a matter of scarcity, but one of managing abundance. All the most visible emergency shelters were overflowing with aid, while to the south of the city and out in the countryside nothing was arriving. In times of crisis and chaos, having too much information is almost the same as having none at all.

APCNews: Can you tell us more about your work in Derechos Digitales during and after the earthquake?

GPA: Derechos Digitales is part of a network of partner organisations that includes ARTICLE 19, Horizontal, Bicitekas, R3D, Fósforo and Social Tic. We worked together organising data and checking information in real time during the disaster. Our goal was to make the rescue efforts more efficient. We also wanted to ensure that the public knew where to go and how to get there so that resources weren’t wasted. This started with a map on Google Maps, but we very quickly realised the limitations of that platform. So as an alternative, this group of organisations developed a mechanism to verify information that turned out to be a true "gold mine” and really did save lives. In the end, the collective had more than 500 volunteers. We named ourselves #Verificado19s.

APCNews: In the aftermath of the earthquake did you also warn people about the spread of false information? Why does that happen?

GPA: I think the discussion about "fake news" has been completely monopolised by the election of Trump in the United States. However, rumours and bogus news are a common occurrence when catastrophes or natural disasters take place. We witnessed that during this quake, particularly on WhatsApp. It just takes one person to maliciously spread false information for thousands of people to share it in good faith on their social networks, driven by a sense of urgency and the aim to help others. For example, my grandmother (yes, she uses WhatsApp) sent me a picture of a damaged bridge and told me not to go anywhere near there. The photograph was fake. And it wasn’t only my grandma, but colleagues and friends as well did the same thing. However, the prize for fake news in Mexico has to be awarded to Televisa, the country’s largest and dominant TV station. They reported that they’d located an eight-year-old girl under the rubble of a collapsed school. They called her Frida Sofia, but it turned out to be false. No such girl existed. That's why the work to double-check all information is so vital.

APCNews: You also criticised Facebook's algorithms. How was this platform used during the earthquake? Was there any other tool that was useful for citizens at the time?

GPA: The problem with Facebook is the way its algorithms work. One of the challenges for verifying information was to be able to do it in "real time": the needs of first responders and rescuers can change every 15 to 30 minutes. If someone posted a message asking for urgent help somewhere in the city via Facebook, it would receive loads of interactions: likes, shares, comments. Which is why 24 to 72 hours later, the platform would continue to prioritise it as critical information and keep it highlighted. Nobody could see it in real time. People just knew that something "urgent" was being posted and they went out in completely uncoordinated hoards, blocking traffic, hindering rescue work and offering help that wasn’t needed. Given the urgent need for real-time information during the emergency, Facebook was a useless platform. Twitter was much more efficient in that respect, although its algorithms have also been changed recently in terms of the tweets that generate most responses. In the end we were able to resolve the problem by including times and dates on the flyers we published on our @Verificado19s Twitter account.

APCNews: More and more people are using proprietary technology tools like Facebook or Twitter. What is the place and role of free/libre and open source technology for citizens’ self-management in contexts such as the one we’re discussing?

GPA: That’s an important question. In fact, our entire infrastructure was built on proprietary technology: Twitter and especially Google for data and maps.
I think in this context the "network effect" plays an important role: the more a service is used, the more likely it is to be used even more. As for the maps, most of us weren’t familiar with Ushahidi, the open source map developed by people in Kenya, but we were familiar with Google Maps. Our immediate reaction was to turn to Google, but afterwards we had time to think about it. I believe the challenge is to ensure that enough people learn about free/libre and open source technologies so that they know how to use them in times of crisis. Moreover, the learning curve involved in applying and programming these technologies is not minor, especially when you work with teams of volunteers as large as ours. We had no choice but to use Twitter, because that's where you have most contact with people. We could have used Mastodon, but that would have been like shouting into a void: we needed the assistance of other people as quickly as possible.

However, at the end of the day, technology on its own fell short. It was a useful tool, but what really saved lives were the networks of solidarity that were woven during the rescue effort, and the volunteers' desire to help: they really did put their hearts on the line.

I’d sincerely like to offer my gratitude to everyone who took part in this work. Thanks to them I learned that there’s another way to organise ourselves. Horizontal and organic structures function much better than government hierarchies and bureaucracies, especially when disseminating and checking information in times of disaster. I hope these networks really do become permanent.