Exploring the impact of internet protocols and architectures on human rights 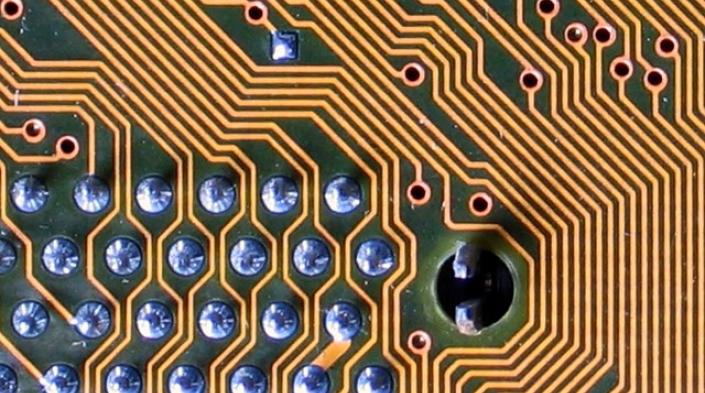 The Human Rights Protocol Considerations Research Group (HRPC) in the Internet Research Task Force (IRTF) is about to gather for its 11th meeting in a little over three years. The meeting will be held Thursday 28 March at 16:10 CET (15:10 UTC). Remote participation is possible and an audio feed is also available.

Origin of the HRPC

The idea for the Human Rights Protocol Considerations Research Group was born on a boat trip in the Bosphorus organised as an APC party during the 2014 Internet Governance Forum (IGF) in Istanbul. While conversing, as the party wound down, Joana Varon, Niels ten Oever and Avri Doria discussed the intersection of human rights and engineering. While the discussion started from a 2012 issue paper published by APC, Human rights and Internet protocols, it quickly moved away from the process by which the internet was created – which has since become known as a form of multistakeholder process – to discussion of whether internet protocols and architectures could enable or endanger human rights.

The HRPC was formed in the IRTF in January 2015 as a proposed research group and was chartered in November 2015. According to the HRPC charter:

This research has these major aims:

The first major production of the group, a joint production by ARTICLE 19’s ten Oever and Coding Rights’ Varon, was a documentary called Net of Rights, “which explores the relation between Internet protocols and the promotion and protection of Human Rights.” A number of well-known Internet Engineering Task Force (IETF) engineers were interviewed about their views of protocols and human rights and the possibility of “proposing guidelines to protect the Internet as a human-rights-enabling environment in future protocol development.”

With the publication of “Research into Human Rights Protocol Considerations” (RFC8280), the group produced a first set of guidelines for human rights considerations, essentially questions that a protocol developer, or a reviewer, could ask about a protocol design to determine whether there might be a human rights impact in the design decision being made. These considerations focused on freedom of expression. As part of the testing of this set of guidelines, it has been applied to several protocols being developed in the IETF since it was published with mixed reception.

The work of the group takes at least three perspectives in its work: human rights impacts, engineering trade-offs, and academic methods for the studies. Not only does the group try to map human rights concepts onto engineering artefacts, it tries to do so in a way that can be scientifically documented and analysed. The work in the group started with extensive exercises in the definition of terms and an in-depth analysis of the existing body of IETF protocols and architectures.

Work that will be discussed in the upcoming meeting

The agenda for the meeting includes review of various documents under development in the group, including:

This document establishes the causal link between the Internet architecture and the ability of people to exercise their right to freedom of assembly and association online. The Internet increasingly mediates our lives, our relationships and our ability to exercise our human rights. As a forum, it provides a global public space despite being built on predominantly private infrastructure. Since Internet protocols play a central role in the management, development and use of the Internet, the relation between protocols and the aforementioned rights should be analyzed and any adverse impacts should be mitigated.

According to the abstract:

The IETF cannot ordain which standards or protocols are to be used on network, but the standards developing process in the IETF has a normative effect. Among other things, the standardisation work at the IETF has implications on what is perceived as technologically possible and useful where networking technologies are being deployed, and its standards output reflect was is considered by the technical community as feasible and good practice. Because it mediates many aspects of modern life, and therefore contributes to the ordering of societies and communities, the consideration of the politics and (potential) impact of protocols should be part of the standardization and development process. If the technical community refuses to take up this responsibility, it should accept that others, such as governments, will take up this role.

The discussion around these drafts will mostly centre on changes made since the last versions. On one, the freedom of association draft, there will also be a discussion on whether the draft is ready for the initiation of the publication process: a series of reviews and discussions on whether there is consensus for the work in the research group and acceptance in the wider community. The reviews are open to public comment and a full IETF last call will be done before final decisions are made on publication. It is a long and arduous process and there is room for participation.

There also will be two new drafts presented at length in this meeting:

According to the abstract:

This document aims to describe how internet standards and protocols and its implementations may impact diverse groups and communities. The research on how some protocol can be enabler for specific human rights while possibly restricting others has been documented in [RFC8280].  Similar to how RFC 8280 has taken a human rights lens through which to view engineering and design choices by internet standardisation, this document addresses the opportunities and vulnerabilities embedded within internet protocols for specific, traditionally marginalised groups.

"Values in Design" (ViD) is a framework that advocates for Internet protocols which, by themselves, further human rights. Recent work in this area draws heavily on thinkers such as Lessig (2006) and DeNardis (2009), and is pursued in RFCs (ten Oever and Cath 2017), Internet-Drafts, and the Human Rights Protocol Considerations (HRPC) Research Group of the Internet Research Task Force (IRTF).

This draft revisits the relationship between Internet protocols and human rights. It does so by investigating i) the historical and logical basis of the idea, ii) cases derived from the history of Internet and related communication protocols, and iii) additional implications of treating Internet protocols as political objects.

We propose a tentative research agenda for understanding the relationship between protocol design and human rights. Our agenda diverges from recent work on this topic in that it does not propose to consider human rights values during the process of developing protocols. We argue that while it is not possible to ‘encode’ human rights in technical systems such that those values are maintained in any social context, there are still productive ways forward for organizations interested in considering the consequences of Internet protocols on human rights.

An additional discussion will be held during the course of the week on the future of the group and its activities. Within the sister organisations, the IETF and IRTF, there is a tacit understanding that the IRTF must not do engineering work. There are those in the IETF that question whether the HRPC Research Group has transgressed on the engineering purview.

Some members of the community have formed a Human Rights Review Team, which is independent of the HRPC but includes some of the same participants, that uses RFC8280 to do human rights impact analysis of protocol development work that is ongoing in the IETF. This is considered a problem by some of the IETF leadership. It is not that the RFC8280 is considered a problem per se, but some of the reviews based on the yet untested considerations have produced controversial results and occasional hard feelings. The considerations in RFC8280 are still being developed and still need testing, but some have treated them as a normative work, that is treated then as having a best practice status that they have not yet earned.

The HRPC Research Group is doing interesting work and is going through some changes. This might be an interesting week to take a peek.