The EROTICS Global Survey on Sexual Rights and the Internet is back! Please participate!

Home / News / The EROTICS Global Survey on Sexual Rights and the Internet is back! Please participate! 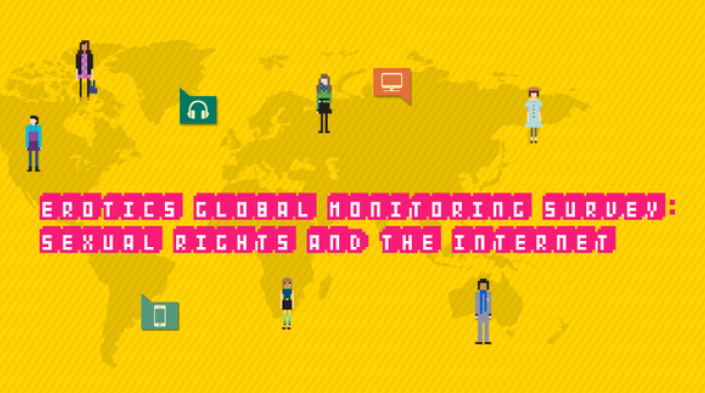 The Association for Progressive Communications Women’s Rights Programme (APC WRP) will be launching our third EROTICS Global Survey on 17 July 2017. The survey aims to collect data and map trends concerning both threats to and enhancement of sexual expression online, and how this impacts on the rights of target communities. If you are a heterosexual, lesbian, gay, bisexual, transgender, queer, intersex, a sexual rights activist, community leader, movement builder, independent blogger, network builder, internet user – we want to know what you think!

In 2013, APC conducted the first Global Monitoring Survey on Content Regulation and Sexuality and found that 98% of sexual rights activists cited the internet as crucial to their work. The findings of this survey have provided evidence to support the policy advocacy work of APC and the EROTICS network, a global network of more than 50 activists, academics and organisations working on sexuality issues including LGBTQI rights, sex work, sex education, SRHR rights and gender-based violence, as well as internet freedom advocates. This policy advocacy work has resulted in, among others, the inclusion of sexual orientation and gender identity in the UN Special Rapporteur on freedom of opinion and expression’s May 2015 report on encryption, anonymity and the human rights framework in digital communications. The findings also informed the UN’s first ever resolution on women human rights defenders in November 2013, with a paragraph on online violence against sexual rights activists.

APC will issue a report on the third Global Monitoring Survey later in 2017. For now, mark the date 17 July on your calendars and get ready to participate in the third EROTICS survey!

The survey is available in five languages: