EngageMedia: Pride 2020 perseveres despite the pandemic and threats to freedom of expression online

Home / News / EngageMedia: Pride 2020 perseveres despite the pandemic and threats to freedom of expression online 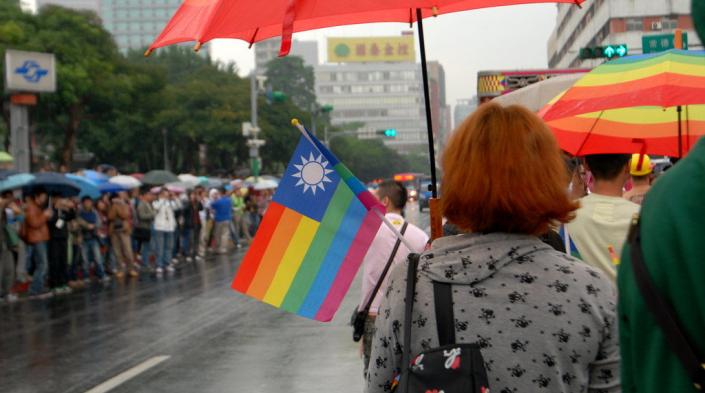 By Vino Lucero for EngageMedia

This article was republished from APC member organisation EngageMedia.

Amid physical and social distancing guidelines across the world, LGBTQI+ organisations faced roadblocks in fully celebrating this year’s Pride month in person. Pre-pandemic, Pride activities worldwide culminated in day-long city marches, a physical show of unity by members of the community and its allies to fight against discrimination on the basis of sexual orientation, gender identity, and expression (SOGIE). But this 2020, the organisers of Pride marches needed to explore new ways of expressing that unity fully – if not mainly – online.

And so, despite only weeks of preparation for the fully digital shift, Pride Month this past June 2020 was a success, in that its celebration intersected LGBTIQ+ issues with other pressing societal issues like #BlackLivesMatter, as well as broke social media silos and reached out to new audiences online. The diversity of how Pride was celebrated this month showcased the creativity of the LGBTQI+ community members and its allies.

The Global Pride 2020 initiative promised to ensure that “our Pride will shine through COVID-19”. With the theme of “Exist. Resist. Persist.”, performances, statements, and other activities were hosted fully online on June 27, 2020, across major timezones. The initiative also raised funds for Pride organisations who lost support due to the ongoing pandemic.

Bringing Pride 2020 fully online, however, was not without its obstacles, particularly in its intersection with the fight to preserve free speech and dissent on the internet. In the Asia-Pacific, for instance, pervasive threats to freedom of expression online have also affected various countries’ ability to celebrate Pride Month openly. We highlight in this article notable successes and challenges faced by members of the LGBTQI+ community and its allies in the region.

Pride as protest, freedom of expression

In the Asia-Pacific, Taiwan is one of the few countries to hold a physical celebration of Pride this year, thanks to their successful handling of the COVID-19 pandemic. This year’s “Taiwan Pride March for the World!” event served as a celebration of containing the pandemic and of being the only country in Asia so far to recognise same-sex marriage as legal.

Not all countries in the region, however, were able to do the same, especially in more conservative countries still navigating ideas of LGBTQI+ rights and the idea of Pride.

In India, Delhi’s Tagore International was the only school that participated in the #21DaysAllyChallenge as a part of the celebration organised by Pride Circle, a Bengaluru-based organisation that assists schools and businesses to foster a culture of diversity and inclusion in the country. Tagore International officers are now working to reach out to other schools for gender-sensitisation workshops despite most words and themes in the program being viewed as taboo in their communities.

In Manila, LGBTQ+ protesters were jailed by police for allegedly violating physical distancing laws after they rallied against the controversial anti-terror law that critics have denounced for its vague definitions of who can be classified as a terrorist. The #FreePride20 campaign was made to call for the immediate release of the jailed protesters, which received wide support from celebrities, fellow LGBTQI+ groups, and other members of civil society. The Pride 20 have since been released pending further investigation. The group also plans to countersue the Manila police due to possible human rights violations.

In Indonesia, a Youtube broadcast of the Association of Journalists for Diversity exploring non-homophobic religions was disrupted after being mass reported for allegedly violating community guidelines. Even though the video was restored in the platform the next day, the International Federation of Journalists and the Alliance of Independent Journalists (AJI) Indonesia are asking Youtube to explain its move in removing the livestream.

Regardless of these incidents, proud individuals and supportive civil society organisations contributed to the global commemoration of Pride through several tech-backed initiatives. For example, the Open Observatory of Network Interference launched a campaign to monitor the blocking of LGBTQI+ websites in different countries. Pride@Tech started an initiative where individuals can add their own personal march from home to a collective and colourful “Pride March from Home” map.

The fight for the human and digital rights of LGBTQI+ community continues beyond the June 2020 celebration. And, more and more, the fight for such rights intersects with the right to freedom of expression online. For those who have yet to join any activity or collaboration related to #GlobalPride, it is never too late to start doing the following steps:

Despite growing support around the world, full recognition of LGBTQI+ rights is still a long road ahead. We’ll get there much sooner with collective action, and the next generations will get to enjoy the victories to be achieved in the coming years.

But for now, #GlobalPride will continue to be both a celebration and a protest