Earth Day 2022: “Digital technologies left alone tend to disaster, but they have the potential to improve human activities”

Home / News / Earth Day 2022: “Digital technologies left alone tend to disaster, but they have the potential to improve human activities” 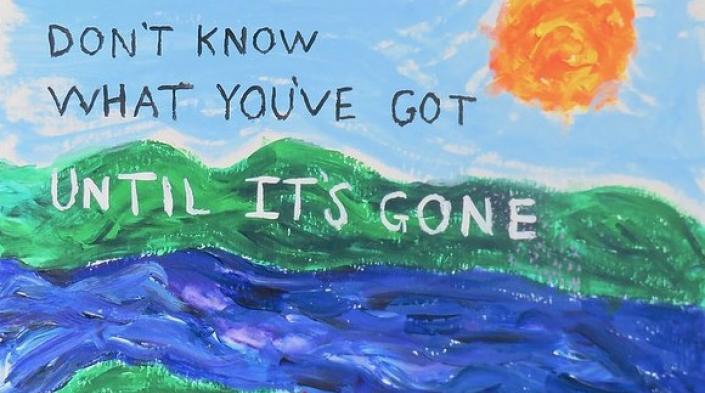 On 22 April 1970, the first Earth Day, 20 million people in the United States, a tenth of the country’s population at the time, participated in what remains one of the biggest single-day protests in human history. It was a protest in response to increasing awareness of the impacts of air and water pollution and it amplified the view that global action was urgently needed to solve our environmental crisis.

Fifty-two years after that first protest, this year the theme of Earth Day is “Invest In Our Planet”, with the official message exhorting us that “it’s going to take all of us. All in. Businesses, governments, and citizens – everyone accounted for, and everyone accountable. A partnership for the planet." Half a century ago, we were optimistic about how technology would help resolve the environmental crisis, but since then the role and relationship of technology to the climate crisis has become more complicated and fraught.

Environmental justice and sustainability are woven into APC’s strategic priorities, and for Earth Day we continue to stress the impact of digital technologies on the environment, including mitigating their negative environmental impacts. This also crosshatches with our other priorities, so for example our proposal for a feminist internet principle focusing on environmental justice is based on the ethics of collective care around design, extraction, production, consumption and disposal of technology.

As part of the #GISWatch report #TechandClimateJustice edition, @HabiaUnaJes brings together the background and basis for a feminist internet principle in relation to the environment. https://t.co/rEfjrrq5Pg

This 22 April also marks one year since the launch of APC's Global Information Society Watch (GISWatch) 2020 report on the theme of “Technology, the environment and a sustainable world”. Bringing together 46 country and regional reports and a series of thematic reports from authors across the world, this landmark publication worked to understand how technology can play a constructive role in confronting environmental and climate crises, especially by offering perspectives that counter dominant techno-solutionist approaches that overlook research on the negative environmental impacts of digital technologies.

As GISWatch editor Alan Finlay said about this edition, "What we wanted to do was to problematise the normative relationship between environmental sustainability and technology: the idea that technology, and the use of technology, is necessarily and automatically a panacea to the various environmental crises facing the planet."

Leandro Navarro, co-founder of the Spanish non-profit and APC member Pangea, echoed this line of thought when we reached out to him about Earth Day. "Digital technologies left alone, as with many other human initiatives, tend to disaster (linear or exponential growth),” he said. “However, they have the potential to help improve other human activities. These are the second-order effects of digital transformation – there is an opportunity here, but it is very hard too and can have rebound effects.”

Many other APC network members agree with their peers that technology is not a silver bullet for progress anymore, but they also point to the positive potential of information and communications technologies (ICTs). Making “good” use of new technological changes by placing them at the service of an egalitarian and democratic society is Nodo TAU’s raison d’etre.  "Digital technologies transform some practices that involve the consumption of natural resources,” said Florencia Roveri of the Argentina-based APC member organisation. “At the same time,” she added, “they increase the consumption of other resources (energy, devices) that should be considered in order to balance that impact, by promoting good practices in their use. And also, digital technologies can help measure how the environment is being impacted, so as to be conscious about it and to analyse measures to reduce this impact.”

“Governments and businesses can more easily overlook local accounts of climate injustice than they can overlook documented, quantitative data about environmental change,” according to Sam Robbins, project coordinator at Open Culture Foundation (OCF), an APC member organisation in Taiwan. “Digital technologies can help generate new knowledge and evidence to be used in environmental activism. Environmental data can also be used to help local communities determine what precautionary measures might be most appropriate on any given day.”

Julián Casasbuenas G., director of Colombian APC member organisation Colnodo, was also hopeful about the role of technology in this context. "Digital technologies have shown that they can contribute to the protection of the environment in several aspects, such as reducing travel and thus greenhouse gas emissions by performing work and meetings remotely through videoconferencing; reducing the use of paper for the exchange of documents; taking advantage of technology to use natural resources more responsibly and intelligently; and monitoring natural resources to contribute to their protection, among others.”

The questions thus turns to how can we harness ICT’s constructive role in arresting the climate crisis, and equally how to mitigate its damaging footprint. How to ensure digital technology follows Earth Day’s signal of “investing in our planet” rather than divesting us of our future? Among the many resources that APC has developed over the years, the Guide to the circular economy of digital devices is particularly relevant for those interested in the impact of digital technology on the environment.

Within 10 years, ICT devices will account for more than half of the global electricity demand, and up to 23% of the globally released greenhouse gas emissions. There is an urgent and pressing need for more sustainable methods of producing and recycling the digital devices that have now become essential to modern life. Behind each device lies a complex chain of supply and demand that spans from extraction of raw materials to final disposal. There are three principles of a circular economy: design out waste and pollution, keep products and materials in use, and regenerate natural systems  – the proper application of the three Rs, reduce, reuse and recycle.

Patience Luyeye Nsansi, an APC individual member and one of the contributors to the guide, told APC that the publication is important because “many are still unaware of the impact that e-waste has on our ecosystem; they do not know how to deal with the problem it creates. The guide will help people see the level of responsibility that manufacturers of electrical and electronic equipment as well as mining companies that extract raw materials have in this issue.”

Several APC members have launched keen actions and initiatives in response to the climate crisis. Pangea’s main environmental initiative has been eReuse.org to work with social enterprises in the refurbishment of digital devices. “Recently we developed a set of guides with APC support,” said Leandro Navarro, “that incorporate many environmental concerns like choice of digital devices, choice of ISP, etc. We also produced a report on the role of public policies in Europe in reducing the digital divide by improving the circular economy of digital devices.”

Florencia Roveri said, "Nodo TAU is strengthening the recycling plant, which is growing in the involvement of more stakeholders like cooperatives, private industries, universities and government, to promote the reuse of devices, their repair, and the recycling of materials. We also cover the actions of local environmental organisations."

“In our new international project ‘Civic Sense’, OCF has worked to donate Taiwanese air sensors that can monitor pm2.5 to the Asia Institute of Technology (AIT) in Thailand and the Media Awareness and Justice Initiative (MAJI) in Nigeria,” said Sam Robbins. “We are also planning to donate water sensors to the Society for Promotion of Alternative Computing and Employment, Kerala (SPACE Kerala) in India. We hope to help provide them with the tools to not only understand their environment, but work towards improving it. These sensors also require relatively little power, and most can be wholly or semi-powered through attaching solar panels, thus minimising the environmental impact of data collection in a world of increasingly energy-intensive and destructive data collection infrastructure.”

Robbins continued, “Many of the communities we support are also involved in addressing the local climate crises. For example, OCF serves as the fiscal sponsor and administrative base for the g0v civic hacking community, whose participants have begun working with citizens to create a database of illegally constructed factories, which they then ask the local government to tear down. OCF is also the fiscal sponsor for Open Hack Farm, which uses open data, open hardware and open software to promote sustainable agricultural practices that are resilient to Taiwan’s changing climate. This includes creating a database of alternative plant disease/pest treatments that don’t require the large-scale use of industrial pesticides, as well as open data sets used to promote sustainable polyculture.”

And in Colombia, Julian Casasbuenas G. said, “Colnodo has installed solar panels in its offices in order to reduce the consumption of electricity for its electronic equipment. We estimate that by generating our own energy, we have been able to reduce energy consumption by approximately 60% and promote the reestablishment of a tropical dry forest, thus reducing our carbon footprint."

On Earth Day this year, we encourage you to invest more into the planet and our future. Become involved in our network’s efforts, reduce, reuse and recycle your devices, but don’t stop there – there are as many ideas to invest in our planet and ourselves as there are weeks in the year, and more.

There is still time to solve the climate crisis. BOTH a prosperous & sustainable future is possible.

The time to restore nature & build a healthy planet for our children and their children, is now.