Drawing a line between 'vulgarity' and lack of consent: Interview with Point of View

Home / News / Drawing a line between 'vulgarity' and lack of consent: Interview with Point of View 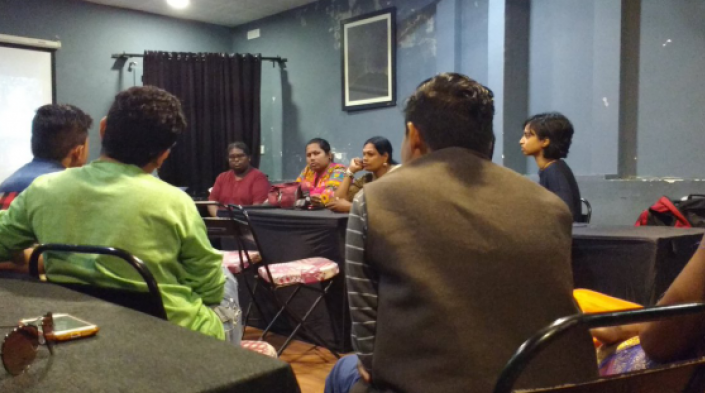 Obscenity, vulgarity, modesty, culture and tradition: these are the biggest topics of discussion in India. And has been for much of its post-colonial existence. Even as women every day fight to get their rapists brought to justice, and a list of sexual predators in academic circles in the country has split the women’s movement into two (or more), with one older, established group blaming the women for not following due process, while the other believes it is time men suffer some of the consequences of sexual assault.

There’s very little in the way of justice for sexual assault and violence against women. Meanwhile spreading internet and cheaper phones have brought both freedom of expression and censorship. It is here that India’s old taboos and new laws converge, and this is what researchers from Mumbai based Point of View have been researching.

Point of View co-founded and managed by Bishakha Datta, works to amplify the voices of women, especially queer, disabled women. PoV, as it is called, has also worked at the intersection of internet, digital technologies, and sexual expression and identity.

Read the full interview in GenderIT.org.