Down with misogyny! Women empowered in safe online communications 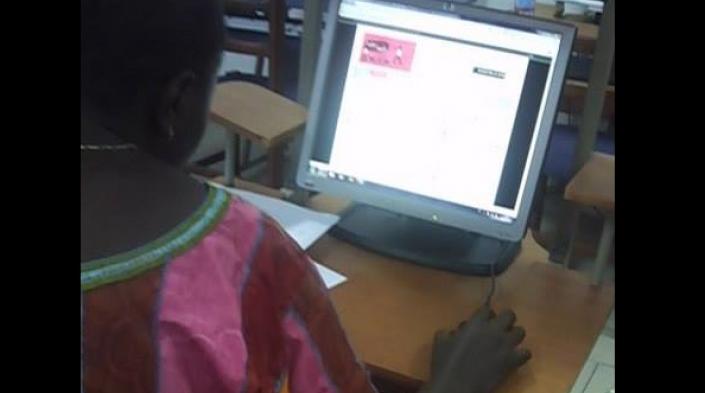 One of the outcomes of APC’s project “End violence: Women’s rights and safety online” is to strengthen in a sustainable way the institutional capacity of women’s rights organisations to address technology related violence against women. As part of this work, between January and August 2013 over 100 women’s organsations were trained in how to use technology safely through secure online communications (SOC) workshops and more than 600 women and men participated in awareness raising events.

“As digital spaces become more surveilled, privacy increasingly infringed and misogyny spills into online spaces, knowing how to be safe in the online sphere is increasingly important for individuals and networks,” explains Jennifer Radloff, a South African feminist who coordinates APC’s work in supporting women human rights defenders to use CTs securely.

Radloff notes that in the same way that women join groups to learn self-defense skills to protect themselves at home and on the streets and build community safety strategies, so SOC workshops provide the forum to understand digital safety skills and their application to their personal and collective safety. “Bringing people together in facilitated training and skills exchange spaces is perhaps the best way to build awareness and capacity, share experiences and develop strategies to communicate securely online,” she says.

Here are some highlights of this year’s training:

In Mexico approximately 70-middle school students participated in a privacy and security in social networking training in February in response to an incident of online harassment on Facebook.

In July, 20 participants from 15 organisations (mainly by organisations from Morelos but also people from the State of Mexico, Mexico City, and Veracruz) took part in a four-day intense workshop on social networking advocacy, evaluation and security. And in August12 national promoters from the National Reproductive and Sexual Rights Health Network participated in a SOC workshop.

In Democratic Republic of Congo the local ‘End violence’ project partner organisation, Si Jeunesse Savait, held a SOC training for women between 16-19 July in partnership with Réseau des Organisations Féminines d’Afrique Francophone, and Réseau Genre et Droits de la Femme. The training was attended by 29 people from 20 women’s organizations based in the city-province of Kinshasa including representatives from the Ministry of Gender, Ministry of Justice and Human Rights, the Ministry of Posts, Telecommunications and new technologies that were invited as observers. Including these representatives is of significance as influencing policy to include technology-related VAW is critical in order to give women recourse through the law when they are harassed or attacked online. (read more about the training performed by Si Jenunesse Savait)

In Colombia, Colnodo trained fourty-five 11th grade students and eighty teachers and professors at the Technical Institute in Bogotá in prevention of violence against women and bullying on the Internet and social networks.

Foundation for Media Alternatives from the Philippines also developed internal training with staff and is working on their training agenda for the rest of the year. They are in the process of drafting several modules for different set of participants.

September: In collaboration with CIDHAL‎, a training of 40 rural and indigenous women on advocacy skills and leadership in Morelos, and a training with lesbian activists on SOC and social networking advocacy in Tepotzlan, convened by a prior TBTT grant winner from MDG3. By the end of the month, another training would have taken place with 22 women from Maquila plants in Central America for the Central American Fund.

A Training-of-Trainers workshop on digital safety and technology-related VAW will take place in Kenya in early September with 30 participants from and selected by “End Violence” partner IAWRT (International Association of Women in Radio and Television – Kenya). Participants will then organise training workshops in regions in Kenya and with local Nairobi-based women’s organisations.

More information: How activism shapes your experience of being a citizen on the internet.