Does urban youth know what to do about cyberharassment?: Research in Bangladesh

Home / News / Does urban youth know what to do about cyberharassment?: Research in Bangladesh 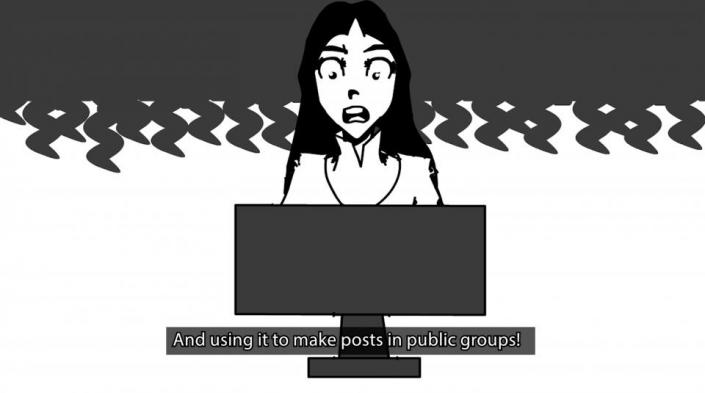 By Anushka Zafar for GenderIT.org

Growing up in Bangladesh, I experienced my first “wrong-number” phone call when I was 10 years old, during the time of landlines, before we had mobiles or smartphones. Wrong-number calls would usually be initiated by young men who would dial a random number until they heard a young woman answer. Then they would try to strike up a conversation by asking the recipient a barrage of questions about their name, age, location, family, marital status and even daily activities. Over the years I heard stories of these wrong-number calls and how sometimes women on the other end would choose to have romantic relationships with the callers over the phone. But somehow these stories always ended up becoming cautionary tales of how these phone relationships would turn into something more turbulent.

The first time I answered one of these calls, the 10-year-old me knew something didn't feel right. When the unknown caller asked me my name, I didn't want to tell him. Generally, I had been taught not to engage with strangers. So I hung up and avoided answering the phone for the rest of the day. Thankfully he didn't call back, but that doesn't mean I never answered a wrong-number call again. Choosing not to engage with the caller became my method of dealing with them. More particularly, I was lucky none of these callers ever turned into an incessant stalker. But it was commonplace to hear stories of various degrees of harassment from wrong-number callers among my female friends. For those whose stories became a more serious problem, they rarely knew where to go for help.

Today with the rise of technology and fast-growing access to smartphones and the internet, wrong-number calls have evolved into more sinister occurrences of online or “cyber” harassment where perpetrators can hide behind digital spaces, often making it harder to bring them to justice. A frightful statistic from a recent report by the Bangladesh Legal Aid Services and Trust (BLAST) revealed that 73% of women internet users have experienced cybercrime. As of December 2017, the Bangladesh government’s ICT Division’s Cyber Help Desk reported receiving more than 17,000 complaints, of which 70% were from women.