Digital transition in Senegal – let’s not forget the social costs 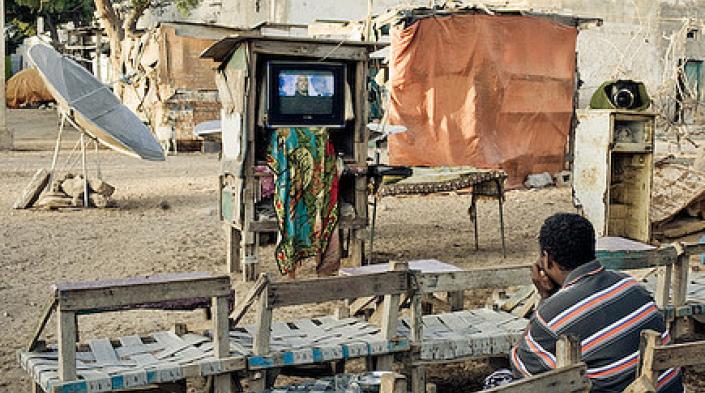 According to Ms. Fall, digital migration offers many benefits. However, it should be understood that these benefits will not be uniformly distributed without government intervention and civil society participation in the process.

Digital transition presents an economic burden for all stakeholders – firstly, governments who have to establish new regulations; industry, which will have to change its equipment and consumers, who will need to purchase new digital decoders or new digital televisions. “It is important to emphasise the fact that digital broadcasting technologies need to be acquired on the world market. The scarcity of resources in most African countries is a major obstacle to such purchases, both for consumers and the industry,” explains Fall.

The average salary in Senegal is approximately FCFA 40,000 per month (USD 100), and the digital receiving equipment costs about FCFA 26,000 (USD 50). It will therefore be difficult for the majority of Senegalese to pay for a decoder. Fall suggests a government subsidy: “Let us assume a scenario in which this type of equipment can be paid off in three years: it would be reasonable to subsidize, say 1/3 of the average price of this equipment (between USD 30 and USD 100). The government would thus also be able to provide subsidies according to the income of the most disadvantaged populations,” she said. In fact, the government has already announced the establishment of a digital fund.

However, the transition will bring with it a lot more than the cost of decoders and new broadcasting equipment – in fact, it is also a question of access. “In 2008, over 80% of rural households had no access to electricity. In such a context, it is easy to see the impact this might have on the availability or accessibility of television in most Senegalese households, the majority of which are in rural areas.” This creates a problem for both public and private broadcasters, who want to attract the maximum number of viewers (and profits) both in Senegal and in neighbouring countries.

The digital dividend – ensuring that everyone benefits

”However, the challenges of the digital transition are both cultural and social,” explains Fall. Consideration should be given to the danger of privatisation and the audiovisual content of telecommunications on the national level, as this falls under national sovereignty. The digital dividends garnered by the digital transition are a common good, an important resource, the destination and use of which require vigilance,” she warns.

National programmes take up about 55% of scheduling according to a recent study. National language broadcasts, mostly in the Wolof spoken by almost 90% of Senegalese, take up 5.4% of scheduling. Fall urges African populations to take greater responsibility for content, which has shown little diversification to date.

Effective management of the migration

Senegal has established a national committee under the authority of the Ministry of Communication and Telecommunications to coordinate and manage the digital transition. The committee, which is made up of the main stakeholders, includes players from government, private radio broadcasters and regulators – however, the ICT civil society is not involved in the process. It is crucial that they be included — since they represent the needs and interests of the population — if the transition is to be truly successful.

However, the migration to digital broadcasting also includes a stage of convergence between the two telecommunications regulators and has led to the emergence of a wide range of new players in the sector who could meet the needs of the distinct population segments.

“The upheaval of the audiovisual scene as well as the digital transition will definitely have an impact on the life of the historic operator, which is the public television channel, RTS, as it will have to narrow the gap that has been created with the arrival of the new players who have the advantage of using more modern digital standards,” she explains.

To move the migration forward…

Fall explains that the challenges of migration are numerous and substantial in terms of possibilities, as the digital world creates new opportunities – but the role of the public broadcasting service and that of others players still requires further definition by governments.

“The government plays an essential role in creating an environment favourable to digital broadcasting,” she summarises, “whether this involves strengthening or ensuring the neutrality of the independent regulator.” Interoperability standards, licensing regimes, spectrum management and state subsidies must be established and respected. In Senegal, subsidies are particularly important in order to assist the Senegalese people in equipping themselves with decoders for the local and international market.

Content standards also need to be established – the transition should enable a certain level of harmonisation of the West African audiovisual scenes as, to date, there has been no directive covering the management of the process originating from regional organisations.

“The swing towards digital is yet another challenge for developing countries and for Senegal and this opportunity should not be missed under any circumstances. The process should be open to all stakeholders to ensure the faultless success of this revolutionary transition. With this in mind, consideration of the people’s needs should be a prerequisite and a sine qua non condition for the success of this transition,” she concludes.