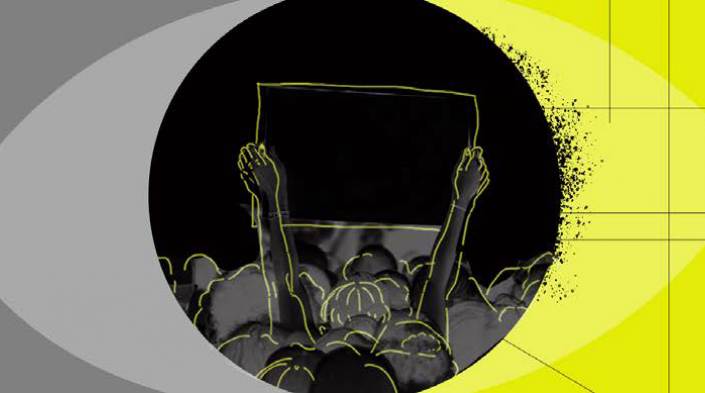 Digital rights featured prominently at the 68th session of the African Commission on Human and Peoples’ Rights (ACHPR), held virtually from 14 April to 4 May 2021. The session also provided a platform to take stock of the general state of the human rights situation on the continent and brought together, for frank and constructive exchange, various ACHPR stakeholders, namely states parties to the African Charter on Human and Peoples’ Rights, national human rights institutions, civil society organisations with observer status, and other continental and international partner organisations.

Together with other civil society and human rights institutions, members of the African Declaration on Internet Rights and Freedoms (AfDec) Coalition, namely the Zimbabwe chapter of the Media Institute of Southern Africa (MISA Zimbabwe) and the Africa Freedom of Information Centre (AFIC), demonstrated the gravity of online rights violations on the continent in the reports presented during the human rights situation sessions.

Access to the internet and the right to information

AFIC highlighted the place of the internet in the dissemination of information during times of civil unrest, crisis and elections. The organisation stated that the order by the Ugandan government for a suspension of internet services by telecoms operators and internet service providers was a violation of citizens’ rights to critical election-related information, stressing that access to the internet aids the sharing of information which is essential for the integrity of an electoral process, especially during the COVID-19 pandemic, as governments continue to take measures to contain the spread of the novel coronavirus. They further noted that the measures taken should not be used as a pretext to restrict the public's access to information.

AFIC recommended that the Commission call on governments to ensure the broadest possible access to internet services for the sharing of accurate information, to counter rumours and disinformation that could lead to panic during such sensitive periods. “Member states should not introduce any restrictions on access to information and media freedom beyond the limitations allowed by international and regional legal standards,” the organisation said.

MISA Zimbabwe gave an overview of the right to freedom of expression situation in Southern Africa, stating that there was consensus on the crackdown on expression online by states in the region evidenced by a resolution adopted at the 40th Ordinary Summit of Southern African Development Community (SADC) Head of State and Government in August 2020. The resolution urged member states to “take pro-active measures to mitigate external interference, the impact of fake news and the abuse of social media, especially in electoral processes.” Fake news regulations exist in several countries, including countries in the SADC region: South Africa, Botswana, Zambia, Eswatini and Namibia. Several states in the region included provisions to regulate content online in their COVID-19 prevention, containment and treatment policies. MISA Zimbabwe called on the Commission to take a stand against the SADC resolution to tighten control on social media and online expression.

The Commission heard how the right to privacy is under threat in several African countries as governments enact and implement cybersecurity and data protection laws which do not conform to regional and international standards, and which are sometimes used for active snooping on citizens’ communications through spyware software.

MISA Zimbabwe noted that cybercrime laws not only further impact the right to freedom of expression and media freedom in several jurisdictions, but grossly impact on the right to privacy. The organisation pointed out that Zambia’s recently enacted Cyber Security and Cyber Crimes Act and Zimbabwe’s Cyber Security and Data Protection Bill, currently before parliament, fall far short of regional and international standards and instruments on human rights such as the African Union Convention on Cyber Security and Personal Data Protection (Malabo Convention). The Malabo Convention sets the standards for cybersecurity and personal data protection laws as well as capacity building, knowledge exchange and experience sharing among signatories.

In its report, the Human Rights Commission of Zambia also expressed concern over the cybersecurity legislation, noting that “while such laws are important in ensuring national security and protecting citizens, the potential abuse of such laws in shrinking the democratic space and curtailing freedom of expression is a living threat.” The Commission highlighted that Africans have “a high responsibility” in balancing the two in a democratic state like Zambia and committed to proactively monitor the potential violations of human rights online in this regard.

In its submission, the Kenyan section of the International Commission of Jurists (ICJ Kenya) expressed concern over the continuous arrests of human rights defenders and the arbitrary use and abuse of the country’s Computer Misuse and Cybercrimes Act. ICJ Kenya noted that the authorities have used the law to discriminate, arrest and detain actors exercising their right to freedom of expression as guaranteed under the country’s constitution. The organisation brought to the attention of the Commission the arrest of activist Edwin Mutemi Kiama in April 2021 for publishing infographics and joining the #IMFStopLoaningKenya conversation that sought government accountability on the social media platform Twitter.

For its part, MISA Zimbabwe offered a demonstration of an increase in state surveillance through the country’s recently gazetted Postal and Telecommunications (Telecommunications Traffic Monitoring System) Regulations of 2021. While purportedly seeking to measure phone call traffic in the country, the legislation enables snooping on citizens’ private communication, creating a “dangerous environment” in which the state has access to the personal information and data of ordinary citizens. According to the organisation, there is a particular risk of the regulations being used to target the opposition, journalists, civil society members, and human rights and media activists. The regulations also have dire implications for the protection of communication between journalists and their sources.

Further, MISA Zimbabwe referred to a report by the Citizen Lab which revealed that seven African countries, including SADC member states Botswana, Zambia and Zimbabwe, procured and used Circles spyware to snoop on their citizens. The organisation highlighted the need for clearly defined safeguards of the right to privacy as provided for in national constitutions, defined limits on monitoring, and clearer guidelines on oversight mechanisms. The organisation recommended that the Commission call on states to ensure that cybersecurity regulation is informed by the revised principles of the Commission’s Declaration of Principles on Freedom of Expression and Access to Information in Africa, which introduced a new section on freedom of expression and access to information on the internet.

In the closing statement of the session, the chairperson of the ACHPR, Commissioner Solomon Ayele Dersso, said the Commission had taken into consideration some of the most concerning human rights challenges that are currently afflicting the continent. These include the decline of democratic governance, with the evident shrinking of civic space in many countries, a situation that he acknowledged was compounded by the COVID-19 pandemic and had resulted in the curtailing of rights to freedom of expression, association and assembly aided by the application of cybersecurity, data protection and anti-terrorism laws. He said the Commission deplored reports of arbitrary detention, assault and intimidation against journalists, civil society actors, human rights defenders, and leaders and members of opposition parties in many countries including Algeria, Benin, Egypt, Ethiopia, Kenya, Mali, South Sudan, Tanzania, Togo, Zambia and Zimbabwe.

“The Commission reaffirms that freedom of expression and civic participation are indispensable to an open and democratic society, and that the stifling of dissent is nothing short of a recipe for instability and conflict,” said Commissioner Dersso. “I therefore wish to pay tribute to all those who engage in defending and exercising these rights of free expression and participation, often at the risk of losing their liberties and at times even their lives.”