The constellations in internet history: A conversation with Ian Peter, founder of Pegasus Networks

Home / News / The constellations in internet history: A conversation with Ian Peter, founder of Pegasus Networks 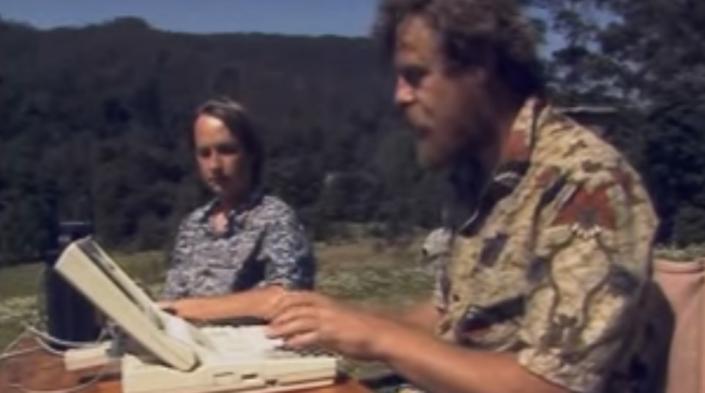 Do you remember 1989? It was a year of political turning points in history: the first Brazilian presidential elections in 29 years, after the end of the military dictatorship in 1985; the beginning of the end for the apartheid regime in South Africa; the fall of the Eastern Bloc, with the opening of the Berlin Wall in November. And, as Wikipedia well states, 1989 was the year in which New Zealand, Japan and Australia got their first internet connections – a no less political and historical fact, if we think about it.

Internet expert and historian Ian Peter was one of the collective of visionaries who invested all their resources into making this political, historical and technical dream come true. He was online in 1985, became involved in the early beginnings of the internet in Australia and Asia-Pacific the year after, and in 1989 became a founding director of the Association for Progressive Communications (APC), which “played a much larger role in the evolution of the internet than most commentators and historians have mentioned,” according to Peter.

“I realised just how powerful a tool this was and decided to devote efforts to making it globally available,” Peter explains in his blog. Picture 1989, in the rainforest at Terania Creek, in Australia, a younger Ian Peter and Mike Jensen with a laptop computer. With a lovely September view in the background, and a crowd of onlookers and reporters, these adventurers were officially launching Pegasus Networks, Australia’s first public internet provider, and joining the collective of people making history in different spots around the world. As Andrew Garton remembers in his blog: “This historic moment was actuated via a Motorola ‘brick’ direct to a satellite service burrowing into EcoNet/PeaceNet in the US, the whole show powered by the sun from the back of a van.” And as if this had not been a monumental enough milestone in the history of telecommunications, we need to add that “no one had used data services from a cellular phone before that!,” as Peter emphasises in his piece on the story of Pegasus.

With this and many more adventures to share, APCNews interviewed Ian Peter, who recently formally joined the APC network as an individual member – although he has always been there.

APCNews: In September this year, 28 years will have passed since the official Pegasus launch in Terania Creek. When you look back at those days, and you see where we are at now: Is this the world you had imagined back then?

Ian Peter: To the extent that I did think this would be a global network that people in all countries would use, yes, that has eventuated. But I had a very utopian vision of how the internet would develop, I did not see the extent to which users would become a commodity, the privacy and security issues, the use of the internet for cyberwarfare, etc. I should have known better, given that I had studied the history of various forms of media; but no, I did not foresee some of the problems which emerged.

APCNews: What was the concrete impact that Pegasus in Australia as well as your work in Asia-Pacific had on people’s lives, and local/regional development, back then? Do you have any anecdotes or stories that you want to share?

IP: I used to talk about communication and information – and definitely the growing international network and the exchanges of information between non-profit groups in the early days benefited from that. One story I told often – and it is still relevant – goes back to 1987. In those days I was a director of the Rainforest Information Centre, and since 1983 we had been building a global network of activists involved in rainforest protection. By 1987 we had a few key organisers online via EcoNet, and we were organising a day of over 100 worldwide demonstrations in support of the Penan tribe in Malaysia, a group of indigenous people arrested for lying in front of bulldozers to protect their forest habitat. On the day before our demonstrations we were informed that the court appearances of the Penan had been changed: it was very important that we got that message out immediately to our key organisers.

So I hopped online, sent a message to our key six or so organisers immediately – job done in one minute! But a year earlier that would have been expensive, taken half a day, and may have been impossible – I did not know exactly which country one or two organisers were in at the time, mobile phones weren’t in common use, and time zones would have interfered. I think at that moment I realised just how powerful a tool this was and decided to devote efforts to making it globally available.

IP: I really should make the effort to update my internet history writings at www.nethistory.info, there is some great information not recorded yet. I think the one area where commonly understood history makes no sense to me is what I would call the “single point of origin theory” – that the internet began as an Arpanet project and everything evolved from there. It’s really not what happened – Louis Pouzin’s work on datagrams in France, packet switching origins in the UK, the development of various hobby networks such as Fidonet which eventually coalesced into internet networks, the APC contribution, etc.: there really were a lot of parallel developments which came together to give us the internet. It was an idea whose time had come, and developments which contributed to it were happening all over the world.

APCNews: Many issues currently on the global and regional internet governance agendas, such as cybercrime, copyright, privacy and national sovereignty, as you well say in one of your texts, were not on the minds of the internet pioneers. Having seen the evolution of the kinds of topics addressed, the nature of the debates on the issues, and stakeholders’ positions, would you say there are any issues left out or, on the contrary, overemphasised?

IP: I have to say we spend far too much time and energy on basic issues such as names and numbers – if a fraction of the energy devoted to ICANN was applied to cybersecurity issues, for instance, we would be far better off.

APCNews: In one of the pieces in your blog, you say, “Probably the World Wide Web saved the net.” What is it that you mean by this?

IP: Maybe you would have had to use the fledgling internet interfaces before the Web came along to understand what I mean. It was a very clumsy and awful interface, very difficult for people to use. The Web changed all that, giving us an intuitive, easy-to-use and more powerful interface which, due to the beneficence of Tim Berners-Lee and the team at CERN, became freely available and open source software. Without that openness and decent interface, I think the proprietary networks of the day such as America Online and CompuServe, with their much easier interfaces but no commitment to internet style interoperability, probably would have drawn users and become the dominant platforms.

APCNews: What have you been doing professionally in the last years, and what are your plans for the near future?

IP: I’ve been semi-retired for a few years now, spending a lot of time on my food garden and also playing music in a local garage band. But I’ve kept up some internet involvement: until a couple of months ago I was the independent chair of the Internet Governance Civil Society Coordination Group (CSCG), a “coalition of coalitions” involved in internet governance issues – APC is a member, along with the Internet Governance Caucus, ICANN’s Non Commercial Stakeholder Group, and the Just Net and Best Bits Coalitions. I stepped down from that a few months ago, feeling it was best to hand over the reins to someone else as a healthy development for that group. Also in recent years I’ve held a couple of other honorary positions within civil society – as a past coordinator of the Internet Governance Caucus, and as a civil society rep on the (now defunct) NETmundial Initiative. I also do a bit of guest lecturing with DiploFoundation in Geneva on various emerging internet issues – I really enjoy that and the interaction with young trainee diplomats.

I would love to see NETmundial revived – that would be great. I would also like to see some positive action on a principle-based response to cybersecurity and cyberwarfare – there is a lot civil society can do to bring some sense into current actions in these areas.

APCNews: Being an APC founding director, and a long-time friend and partner of APC, you have recently joined the APC network as an individual member. What are your expectations in terms of this different approach to the network?

IP: None really. I just felt that, free of the constraint of needing to appear neutral among civil society coalitions while I was the chair of the CSCG, it would be good to work with APC, who do such great work.

APCNews: In 1989, during the interview done by ABC TV’s 7:30 Report covering the launch of Pegasus, you said that the net at the time was perhaps as large as three copies of the Encyclopaedia Britannica and might be used by a lot of people within the next decade. In 2017, what would you say will be the next breakthrough in the next one or two decades?

IP: Well I think we stopped measuring the internet by multiples of Encyclopaedia Britannicas some time ago! I really wonder whether we are approaching breakthrough or breakdown. I don’t want to be pessimistic, but I really think that the domination of the current space by commercial interests happy to do deals with governments to give them our personal information for surveillance purposes in return for an unregulated environment is maybe too problematic and too big a problem to fix.

So perhaps a new medium will emerge. Most media go through stages where they evolve from utopian expectations to commercially dominated and controlled mediums, which lose their usefulness – look what happened to television as an example.

So I think there will be a new next big thing. Perhaps it paves over the current internet, perhaps it starts as a separate set of protocols altogether. I only hope that as it emerges it does so using open standards – if there is one thing we can learn from the internet, it is the benefits to everyone when a stable, open, basic platform which people can use for a variety of purposes and additional innovations exists. That might be the best thing we can take forward from here!

Watch the coverage of the launch of Pegasus Networks at Terania Creek as reported by Mark Hayes for ABC TV’s 7:30 Report in September 1989 here.