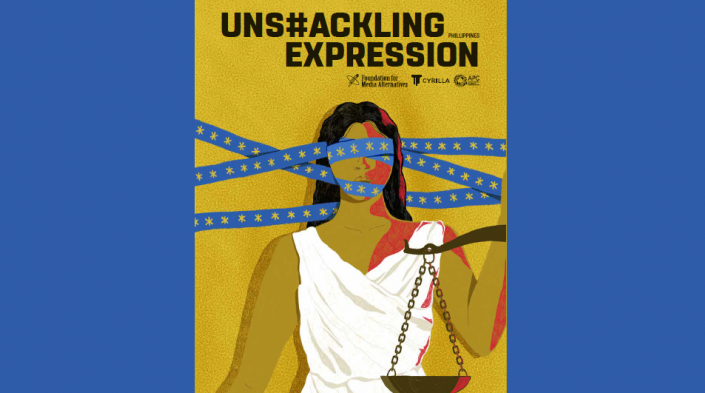 The Foundation for Media Alternatives, in collaboration with the Association for Progressive Communications and the Cyrilla Collaborative, is proud to share, “Unshackling Expression: The Philippines Report.”

Developed by the Foundation for Media Alternatives, an organisation that assists civil society in the use of ICTs for empowerment, the report looks at government restrictions through laws and policies that affect or directly violate the population’s freedom of expression online and offline. The Philippines spends more time on social media than any other country but it is also challenged with attacks and restrictions on its freedom of expression. It has been, in fact, part of the top five “most dangerous countries for journalists.”

This document examines the issues relating to laws regulating ICTs in the Philippines, particularly those that relate to freedom of expression, and explores the problems with how these are implemented. The report also provides insights to help understand how these laws are operationalised, how judgments are made, and how the courts provide reason and justification on decisions made.

The report furthermore provides a comprehensive audit of the Philippine’s laws and policies and how they affect and curtail freedom of expression and free speech online. There are sections devoted to the discussion of legal foundations and fundamental laws and freedoms; governance of online and networked spaces; sectoral laws; curtailment of freedom of expression; and future violations and draft laws. The report also captures key issues in relation to draft laws currently under consideration by the government. By citing appropriate case laws, the jurisprudence around key digital rights issues is further articulated.

This report is a continuation of the Unshackling Expression - A study on laws criminalising expression online in Asia. Published in 2017, this document analysed the problematic trends in the use of laws against freedom of expression in online spaces in Asia, particularly Cambodia, India, Malaysia, Myanmar, Pakistan and Thailand. This 2017 report can be accessed here.

From the thorough methodology that FMA has implemented in completing the report, the following key observations are noted:

While the observations above are applied to media outfits, organisations and groups, the same strategies are also used on individuals. The current administration has conditioned the public that discipline and order justify stifling freedom of expression, and has labelled dissenters as leftist or communists.

As social media presence and use in the Philippines continues to grow, it is our hope that this growth is seen as an opportunity to speak up against these restrictions and to widen the space for citizens to express dissent, dissatisfaction and a louder call for state accountability and better governance. This report seeks to advocate for ICT laws in the Philippines to be in compliance with national and international guarantees on human rights.

Similar publications discussing the situation in Nepal and Malaysia will be published soon.