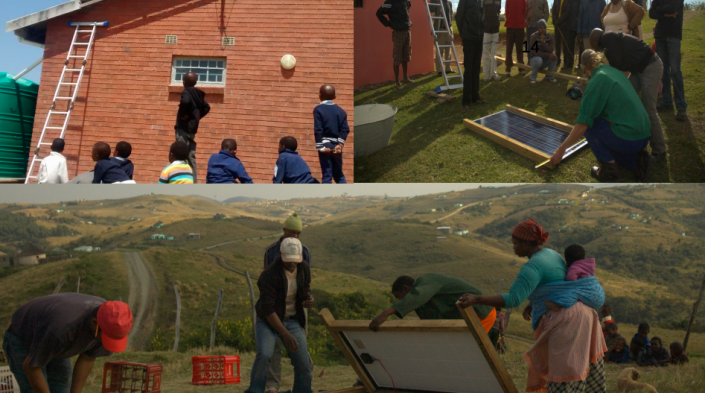 Almost 15 years ago, at the conclusion of the first phase of the World Summit on the Information Society (WSIS), representatives of peoples of the world declared their “common desire and commitment to build a people-centred, inclusive and development-oriented Information Society.” Since then, being connected to the internet has become increasingly necessary for day-to-day transactions – from banking to registering children in school – and vital to the exercise of rights. However, there are still one billion people who do not have access to basic telephony service and four billion people (more than half the world's population) without access to the internet. The gender gap continues to exist in many places – women are less likely than men to make use of the internet, especially in the least developed countries.

In spite of the dramatic growth in access, particularly through mobile telephony and data, the inclusive and development-oriented information society, where everyone can create, access, utilise and share information and knowledge envisaged by the WSIS is far from being achieved. Within this context, community networks have become an increasingly important solution. However, they are often overlooked by policy makers and in conversations between governments, big companies, industry associations and development agencies.

This aspect – the need to include community networks as a solution to access gaps in the WSIS follow-up and implementation process -– was the main focus of APC’s participation at this year’s Commission on Science and Technology for Development (CSTD) annual session held in Geneva on 14-18 May 2018. This idea was supported by several CSTD member states, including Canada, a country that faces significant challenges in connecting dispersed populations in very remote locations and which has been an early adopter and innovator in community networking, through projects such as the Kuhkenah Network (K-Net), which provides information and communication technologies (ICTs), telecommunication infrastructure and application support in First Nation communities in remote regions of the country.

How the unconnected are connecting themselves

To illustrate how community networks work in practical terms, APC's Anriette Esterhuysen presented the Local Access Networks project, led by Carlos Rey-Moreno. The presentation, entitled “How the unconnected are connecting themselves”, focused on the story of of APC member Zenzeleni Networks in rural South Africa. This took place during the panel discussion on progress made in the implementation of and follow-up to WSIS outcomes at the regional and international levels, followed by a general discussion moderated by the vice-chair of the CSTD.

Response to APC’s presentation was very positive. The value of community networks was also affirmed by the Internet Society (ISOC), which has been a leading supporter of the value of these initiatives.

By the end of the annual 2018 CSTD session, community networks were recognised in the official resolution on WSIS follow-up and implementation adopted by the Economic and Social Council, on 24 July:

According to Esterhuysen, community networks demonstrate that “people, with very few resources and some support, can take action on their own terms to solve their own problems. We are very satisfied that community networks were given attention and recognised as a key solution by the CSTD, and mentioned in the later resolution.”

“Policy makers and regulators in the global South pay close attention to the recommendations and resolutions from international organisations,” Rey-Moreno noted. “The addition of the term 'community networks' in the WSIS resolution may seem small, but it is a great step. It helps establish a foundation to build on in other resolutions and recommendations from global policy forums.”