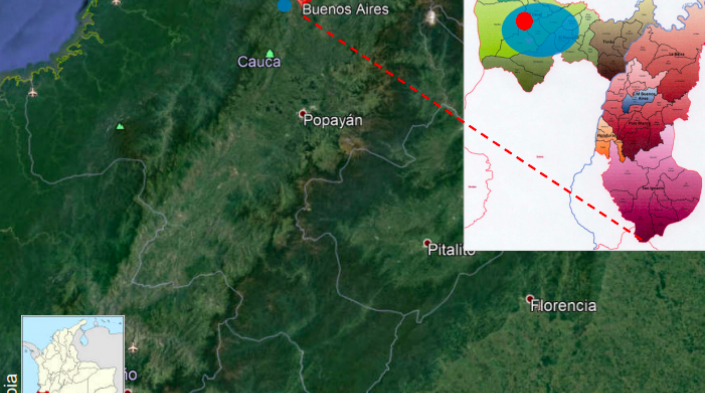 Quality connectivity in rural areas is possible. Colnodo, an APC member organisation in Colombia, has been working for years towards that goal and now rural communities will have access to spectrum under the country’s Information and Communications Technology (ICT) Ministry. The end result of a process that began in early 2017, this project involves mounting a mobile telephone network in pilot mode in the municipality of Buenos Aires, Cauca. We spoke with Julián Casasbuenas, Colnodo director, about the implications of the use of spectrum in Colombia and how important it is for the communities involved to be able to use it directly.

APCNews: We know that in rural areas there are difficulties for accessing the internet. What possibilities does using spectrum open up in this sense?

Julián Casasbuenas: In terms of the internet we want to show that it is possible to provide quality connectivity in rural areas. We are establishing connections to the fibre optic network in the municipal capitals. This is still very expensive because a 10 Mbps connection costs nearly USD 340 a month. This agreement will allow us to use the 900 MHz band; more specifically, we will use 5 Mhz of the 900 Mhz band. This is very important because in Colombia these bands can only be used through a concession obtained after bidding in a public auction.

Moreover, the commitment and persistence of the community is key. These processes are long and require a lot of patience, but we have witnessed a growing interest for the project and we hope that this will contribute to consolidate it and make it sustainable in the future. It is also important to highlight that the project has engaged multiple organisations that have contributed in a number of ways. Without their support, it would have been impossible to get very far.

APCNews: Where did this idea come from and how did you make it happen?

J. C.: The idea came from the possibility of replicating the Mexican model implemented by Rhizomatica. This opportunity came up after the 2016 spectrum meeting in Bogotá and we began working together with the Internet Society, Rhizomatica and APC to replicate the model. We never imagined it would take so long for the ICT Ministry to grant us permission to access the spectrum. Starting in 2017 we tried several options, including a temporary permit for the implementation of the pilot, even paying for it, but the costs made it impossible. After many meetings we finally succeeded in signing the agreement in April of this year.

APCNews: Colnodo incorporates a gender perspective in everything it does. How is this reflected in the project’s design and day-to-day activities?

J. C.: With the support of APC, we have conducted appropriation and empowerment workshops for the women who will be beneficiaries. The project enabled the implementation of a process of appropriation of the wireless network and ICTs by several communities in the various districts that make up the municipality of Buenos Aires, Cauca. A total of 27 on-site workshops were held, covering a range of ICT and community network related subjects and with the participation of 254 people. Efforts were made to include women, who were encouraged to attend the workshops, and as a result, 63% of workshop participants were women. The proposed training contents were prepared drawing on Colnodo’s vast experience in ICT skills training for women with a gender perspective. The assessment of the area included a map of organisations working to promote women’s rights.

Additional workshops and a follow-up process with various community stakeholders were also conducted with the aim of strengthening the network and securing its technical, social and political sustainability. The knowledge management and communication product that was developed and made available online is presented as an experience and documentation exercise for other organisations around the world that are interested in implementing community networks. The workshops included topics connected with the interests and needs of women. Women were encouraged to engage actively as facilitators and participants. Accessing and using the internet and taking advantage of the benefits it offers were included as women’s rights that can help them expand their educational, employment and social opportunities.

APCNews: Do you think this pilot can set a precedent for the regulation of spectrum access for community networks?

J. C.: Yes, we hope it will do just that. The intention of the ICT Ministry is to establish a legal framework that will enable the implementation of community networks that use spectrum for mobile communications. In Colombia, Wi-Fi frequencies can be used to deploy internet networks without the need for a permit. But because Colombia is a country with very rugged terrain, the possibility of deploying mobile telephone networks (in our case with 2G technology) is very important for providing communities with communications, as has been done in Mexico.

Colnodo is an association of non-profit non-governmental organisations founded in 1994. Its goal is to facilitate communication and the exchange of information and experiences among Colombian social organisations at the local, national and international level through low-cost electronic networks. It has been a member of the APC network since 1994.