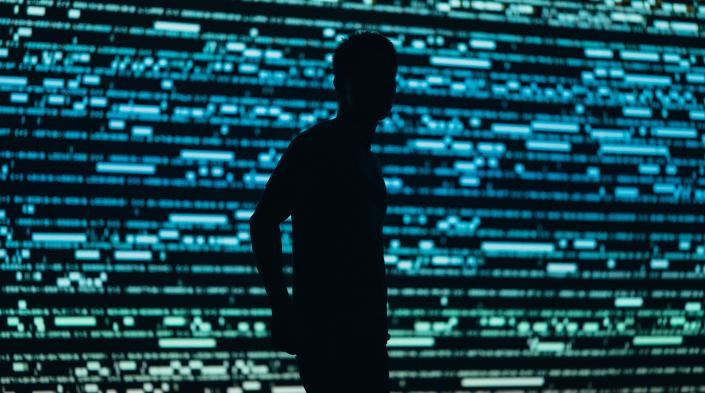 State surveillance practices have been jolted into sharp focus in Botswana since public revelations in 2020 and 2021 implicated the Botswana government as a client of some of the most notorious spyware makers and distributors in the world.

The sensitive issue was reignited in early 2022 as the country’s Minister of Defence, Justice and Security sought to push through a bill that would have further undermined online privacy and freedom of expression, in a disturbing trend which has concerned civil society in the country over recent years.

The emergence of the problematic provisions of the Criminal Procedures and Evidence (Controlled Investigations) Bill galvanised regional support for Botswana media and human rights civil society organisations to have the bill’s human rights violating elements amended once it was tabled in the country’s parliament.

On 24 January 2022 the Minister of Defence, Justice and Security, Kagiso Mmusi, indicated in the country’s parliament that he would be tabling the Criminal Procedures and Evidence (Controlled Investigations) Bill through an urgent motion. The fast-tracked bill was published on 12 January 2022. [1]

Even before the bill was table in the Botswana parliament, on 26 January 2022, a coalition of Botswana press freedom organisations, including the Media Institute of Southern Africa (MISA) Botswana chapter, issued a scathing statement of the bill, including stating that the proposed law would amount to “nothing short of criminalising journalism itself, and with that, the freedom of expression.” [2]

Similarly, on 1 February 2022, the Universal Periodic Review (UPR) NGO Working Group – consisting of six organisations and led by the Botswana Centre for Human Rights (Ditshwanelo) – had issued a statement, saying the bill “gives the law enforcement agencies of Botswana power to intercept communication of journalists, human rights defenders and other citizens; power to force journalists and ordinary citizens to disclose information; allow intelligence agents to use assumed identities; and be immune from prosecution. Two other effects will be an increased shrinking of civil society space and vulnerability of Human Rights Defenders (HRDs).” [3]

On 4 February 2022 the bill was tabled in the National Assembly of Botswana following which it attracted almost immediate public outcry that it provided for invasion of privacy and that it would enable the infringement of freedoms of expression and the media.

In an editorial following the tabling of the bill, Mmegi newspaper stated that “the public had issues with the provisions of the Bill that allowed the State to spy on them. This caused a furore amongst Batswana.” [4]

One of the more troubling provisions of the bill singled out for criticism was clause 16 (1), which enabled warrantless communications interception and surveillance, and stated: “Where a head of an investigatory authority believes on reasonable grounds that the delay in obtaining an interception warrant would defeat the object of the investigations, he or she may, in writing, authorise an investigating officer to intercept communications to detect, investigate or uncover the commission of an offence, or to prevent the commission of any offence.”

It was this provision that the UPR NGO Working Group said would “have a chilling effect on the ability of the media to conduct its work as well as on the right of all persons to privacy.”

In a statement, SAEF observed that the bill as it was then, “was dangerous as it forces the disclosure of information by citizens including journalists and allows intelligence officers to use fake identities while providing them immunity from prosecution.” [5]

The African Editors Forum (TAEF) followed with its own statement amplifying the concern. The TAEF stated: “The bill will allow the government to spy on citizens without a warrant and supervision from the courts. This is a direct move to subvert democracy and violate the rights of the media to do its work freely and the rights of Batswana to freely receive information.” [6]

In the end, the pressure that was brought to bear by various human and media rights organisations, and the international spotlight that it attracted, paid off and the bill was withdrawn and amended.

The new bill which was later passed through the committee stage to become law introduced new diluted clauses such as Clause 7, ‘Protection of privacy in controlled investigations,’ as well as replacing the offending ones such as Clause 16, which was replaced with one titled, ‘Prohibition of interception of communications without a warrant.’

The amended bill contained the following provisions, among others, that:

Following this, the MISA Regional Governing Council visited Botswana at the end of February 2022 and met with Botswana government officials, including the Minister of Defence, Justice and Security, Kagiso Mmusi, as well as local media and CSOs.

In a statement issued on 7 March 2022, after the Botswana visit, the MISA Regional Governing Council stated: “It was MISA’s position that Botswana has a good reputation in terms of being the oldest democracy on the continent. There was therefore a need to maintain this distinction by ensuring the Bill does not infringe on individual freedoms such as the rights to free expression, privacy and association. MISA acknowledged and noted that the government of Botswana had listened to civil society organisations by amending the contentious parts of the Bill.” [8]

According to various reports on the bill, quoting the Minister of Defence, Justice and Security, the attempt to rush the bill through enactment in the Botswana parliament was ostensibly brought about by the country having to meet commitments in terms of cyber crime regulation under the auspices of the Financial Action Task Force (FATF). However, this justification has been disputed by Botswana’s political opposition and CSOs, as there appeared to be nothing in the FATF recommendations to the country to justify the human rights violating provisions in the original bill. [9]

In 2020 Botswana was exposed as one of seven African countries that used spyware marketed by Isreali-owned, Cyprus-based, firm Circles, to spy on journalists. [10] The other African countries implicated as clients of Circles were Equatorial Guinea, Kenya, Morocco, Nigeria, Zambia, and Zimbabwe.

The Botswana government’s Directorate of Intelligence and Security Services was identified as having used Circles’ spyware to hack into people’s communications devices. The spying was traced as far back as 2015, with the latest incident reportedly being recorded in 2020.

In mid-2021 it emerged that Botswana was also a client of another spyware firm, Cellebrite, that is a vendor of phone-hacking technology. Reports revealed that the Botswana police “are making use of Cellebrite’s flagship product the Universal Forensic Extraction Device to extract data from the phones of journalists as part of a wider crackdown on the media”. [12]

It is against this backdrop – of the use of law and technology to enable the violation of data and online privacy – that the digital rights landscape in the country remains a cause for concern within local civil society.

Thapelo Ndlovu is a media consultant and compiled this report on behalf of the Media Institute of Southern Africa (MISA) Botswana chapter. Additional reporting by Frederico Links.