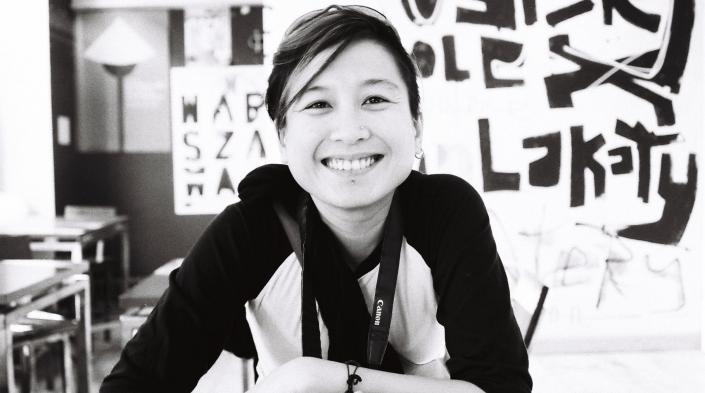 The 2016 Stieg Larsson Prize is awarded to the Malaysian feminist activist, poet and writer Jac sm Kee, for her struggle for women’s right to a free online environment and for an open and equal information society based on the potential of the internet.

In the words of the Stieg Larsson Prize jury, “Jac sm Kee is a pioneer in the fight for gender equality. Through her groundbreaking work for digital feminist mobilization and against online gender-based violence, including online harassment, she paves the way for a new wave of feminism. Jac sm Kee represents a movement that fights for equality with integrity, self-confidence and curiosity – located in the global ‘South’, that also influences the global ‘North’.”

The Stieg Larsson Prize will be awarded on Monday 14 November at Kulturhuset Stadsteatern in central Stockholm, in collaboration with Teskedsorden, a Swedish foundation that promotes diversity and tolerance.

Jac sm Kee is an internationally renowned feminist activist, writer and scholar from Malaysia. She leads APC’s Women’s Rights Programme, which works to prevent online violence against women, encourages web-based gender research, and facilitates network and movement building on feminism and technology. Jac sm Kee also led the team that facilitated the development of the collectively drafted Feminist Principles of the Internet – a set of principles that outline the critical approach and issues that need to be considered in engaging and development of technology towards an ending of discrimination. Jac is one of the founders of the global and collaborative Take Back the Tech! campaign, which aims to combat digital gender violence by supporting and empowering women to take back control of technology at all levels – from use, development, design, imagination to decision-making. In a world of escalating online gender-based violence, particularly directed towards women, Jac refreshes the conversation by arguing that the internet can be a feminist platform with great potential to mobilise movements for change – a potential that feminists should utilise and develop. Her areas of focus include internet governance, human rights and freedoms, sexuality, women’s rights, violence against women, and the creative and strategic use of communications technologies for movement building and inclusive political engagement. In addition to her work for APC, Jac sm Kee is the co-director of the Malaysian Centre for Independent Journalism (CIJ), a nonprofit organisation that defends freedom of speech and freedom of the media in Malaysia. She is also one of the founders of Knowledge & Rights with Young People through Safer Spaces (KRYSS), an organisation that supports the reproductive rights of young people in Malaysia. She is currently serving as a board member for the Association for Women’s Rights in Development (AWID) and the New York chapter of Creating Resources for Empowerment and Action (CREA NY).

About the Stieg Larsson Prize

Stieg Larsson, the author of the Millennium Trilogy, tirelessly fought against racism and misogyny, and for freedom of speech. A fight based on a simple idea: that everyone has the right to be themselves. In memory of Stieg Larsson, Norstedts along with Steig Larsson’s father and brother have established an annual award to individuals or organisations that work in the spirit of Stieg Larsson. Stieg Larsson prize winners have included Chinese author and journalist Yang Jisheng, Soraya Post and Tomas Hammarberg for their relentless work in defence and on behalf of the Romani people and their human rights, Svetlana Gannusjkina for her work to maintain civil rights in Russia, human rights defender Maryam Al-Khawaia for her work in Bahrain, Nicaraguan women’s rights activist Vilma Núñez de Escorcia, Anne Sjögren for her work with providing qualified medical care to paperless refugees, and Swedish magazine EXPO, co-founded by Stieg Larsson.