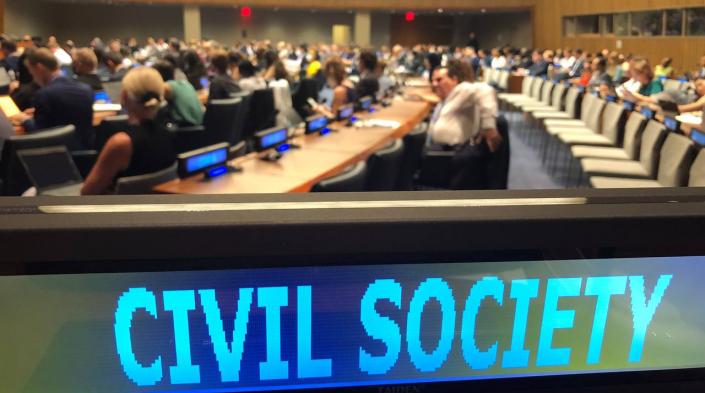 About the OEWG and this session

The third substantive session of the UN Open-ended Working Group on developments in the field of information and telecommunications in the context of international security 2021-2025 (OEWG II) will take place next week, from 25 to 29 July, in-person in New York. This session is where states will seek to adopt an annual progress report that proposes areas of focus for future work of the group. A zero draft of the report was circulated in late June, and had undergone one round of informal consultations by member states. A revised draft was released last week ahead of the session.

On 21 July, the Chair organised an informal online consultation with stakeholders to hear their inputs prior to the session. And the substantive session next week will be the first of these OEWG II sessions that allows accreditation for civil society. APC considers the OEWG an important process to influence the setting up of international norms on cybersecurity, since the work of the group and its outputs can set a baseline for future work in this area and can be key in national cybersecurity discussions.

Our focus at the session

At this upcoming session, APC will be focusing on the following:

At this third substantive session, APC will be highlighting the need for a human rights-based approach to the work of the OEWG, which means putting people at the centre and ensuring that there is trust and security in networks and devices that reinforce, rather than threaten, human security.
For APC, a human rights-based approach to international cybersecurity means, at a minimum:

During this session, APC will be advocating for concrete ways through which states could realise some of these principles, such as:

The need for an intersectional gender perspective in international cybersecurity

It has been encouraging to see in the OEWG a growing number of states from different regions calling for a gender-sensitive approach to international cybersecurity.

A gendered approach to international cybersecurity means considering that gender shapes and influences our online behaviour, determines access and power, and is a factor in vulnerability. An intersectional gender perspective recognises that numerous factors, among which is gender but also race, ethnicity, religion, social class, among others, can intensify the experiences of people affected by cyber operations such as internet shutdowns, disinformation campaigns and data breaches.

We saw with regret that language on gender was absent from the zero draft progress report and we welcome the inclusion of gender references in the revised version. We strongly encourage the OEWG to recognise that gender considerations should be integral to the different areas of work of the group.

During this session, in particular, we will be recalling the importance of a gender-sensitive approach to cyber capacity building, as was recognised during the first OEWG discussions. We reiterate our support for the principles in the OEWG I final report that state that capacity building should respect human rights and should be gender sensitive and inclusive, universal and non-discriminatory.

A gendered approach to capacity building will allow re-evaluating the concept of cybersecurity to go beyond defence and threats, to have a better understanding of the complexities of security for women and groups in situations of marginalisation. We believe that a gender perspective should be mainstreamed in the design, implementation and evaluation of capacity-building programs and that these programmes should be developed inclusively and with full participation of women’s, LGBTIQ+ and racialised groups and communities, among others.

At this session, we will also highlight the wide range of cyber capacity-building activities that civil society can contribute to, including research that supports human rights and gender perspectives in cyber policy making, as well as training on digital security such as APC’s Feminist Tech Exchange and its FTX: Safety Reboot, the recent African School on Internet Governance (AfriSIG) 2022 with its focus on international cybersecurity, and the Take Back the Tech! global campaign, which highlights the problem of tech-related violence against women.

More information on the OEWG, the draft programme for the third substantive session, reference documents and statements can be accessed at the OEWG website. The meeting will be in person and will be streamed at UN Web TV. You also can follow the discussions on Twitter at #UNCyberOEWG and #UNOEWG.