APC goes back to its roots: ICTs and the environment at the heart of APC's work

Home / News / APC goes back to its roots: ICTs and the environment at the heart of APC's work 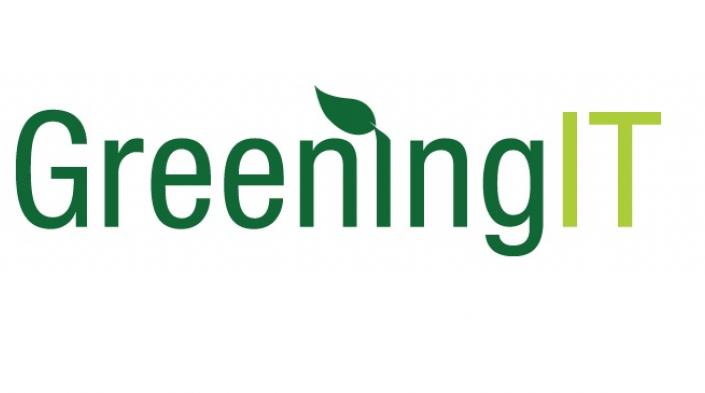 As a progressive network, the environment has been at the heart of the work of many APC members, but as new issues began to emerge, APC’s work began to take new directions. In 2008, APC began its work on the GreeningIT project, in which it undertook research in order to better understand the new challenges countries face related to electronic waste, climate change adaptation, and more, and how ICTs can be used more sustainably by practitioners, civil society and service providers.

APC talks to Alan Finlay, project coordinator for the GreeningIT project, about the work APC has been doing in the area of ICTs and the environment.

APCNews: ICTs and the environment is an increasingly important emerging issue, how did APC start its work in this field?

Alan Finlay: Environmental rights have actually been quite close to the heart of APC and a number of the activities of its members since the start of the internet. A lot of this was due to the pioneering role organisations like GreenNet in the UK, SANGONeT in South Africa or Instituto Nupef in Brazil played in getting the internet going. This brought them in contact with social and environmental activists who were exploring new, efficient ways of communicating – and testing out the organisational and advocacy potential of the internet.

The way I see it, is other ICT4D imperatives gradually drew APC’s work away from the environmental field, even though some members still remained engaged — such as BlueLink in Bulgaria, or organisations dealing with refurbished computers like Computer Aid International, and, as a consequence, involved in e-waste issues.

It was about five or six years ago when APC started to look at e-waste again, in part as a way to help members get involved in the environmental consequences of ICTs. This, naturally, led to an interest in ICTs and climate change. One of the most important first interventions by APC was the 2010 GISWatch report, which focuses on ICTs and environmental sustainability.

So, really, seen in this light, APC’s work on environmental issues is really a return to the fold, rather than an entirely new direction.

APCNews: What are some of the things that APC has done to contribute to the body of knowledge on ICTs and the environment?

AF: I think APC and its members have been on a steep learning curve over the last couple of years. Our work is more about engaging in the process of learning, and sharing that learning and through that, creating influence than it is contributing to a body of knowledge, per se.

The challenge around ICTs and environmental sustainability is that the policy terrain is very different — frequently not the ICT policy groupings at all. So there are new partners and new tensions that need to be understood. Then there are the technical issues – both when it comes to e-waste and climate change.

I like to think APC has contributed by encouraging conversations, and creating capacity. GISWatch, for instance, led to a couple of members starting specific ICT and environmental projects, or programme areas in their organisations. One was Digital Empowerment Foundation in India – a very prolific and adventurous organisation. Our other key successes have been convening workshops – again, learning events — whether on the topic of ICTs, climate change and water with the International Development Research Centre (IRDC) or with Manchester University on the topic of ICTs and climate change. We’ve also published a series of country baseline studies and a comparative report on e-waste in five countries (Bangladesh, Costa Rica, Egypt, India and Mexico).

We’ve also just published a new book, together with the IDRC on the Application of ICTs for climate change adaptation in the water sector in developing countries. Interestingly, the publication Planting the knowledge seed: Adapting to climate change using ICTs, which was put out by Building Communications Opportunities – a collective of communications experts, including APC – was influential because it was one of the first publications of this kind from a civil society perspective. So at least there was a sense that it was read!

APCNews: What is up next for APC in terms of its work on ICTs and the environment?

AF: There way I see it, we’ve gone through a couple of years of learning and are now well positioned to develop and formalise a programme in the area. That’s what we’re drafting now. It may be that we’ll look to members to support and strengthen the programme, because our key asset is the enthusiasm of the members when it comes to environmental sustainability. They are the fundamental resource on which a successful programme will be built. In the short-term, we have a fantastic toolkit that’s being developed by Paul Mobbs, a long-time environmental activist, and some supporting material by GreenNet– everything will be available for download on greeningit.apc.org so be sure to watch this space!

APCNews: Lots of people are talking about Rio+20 these days. What was APC’s initial involvement in the Rio convention 20 years ago? Why are events like this important for raising awareness around ICTs and the environment?

AF: Rio takes APC back to the beginning — it’s members were instrumental in setting up the internet at the Earth Summit in 1992, and by all accounts this created a crucial way to communicate what was going on to the outside world. It also allowed many organisations who could not be there physically, to participate remotely, in a way, via email and other early forms of virtual conferencing.

So for some APC members this event is very important, not just nostalgically, but politically too. Its a way of taking stock: what has been gained over the last 20 years? What has been lost? APC, together with Nupef, has asked to hold a side event called: “Looking back at two decades of (ICT-enabled)-civil society participation in UN processes: what is the ‘net’ effect?”, which we hope will raise some of these tough questions and other questions around ICTs and the environment.

APCNews: Can you tell us about the GreeningIT Inventory”? What is it for? How can it help? How can people contribute to it?

AF: Well the inventory is the start of a database: a collection of tools and practices that can help people be more sustainable with their computing. It was compiled by GreenNet — but we want people to add to it! So, this is a call to readers to visit the inventory, learn from it, and to offer their recommendations. It’s easy enough, do it now, by accessing the GreeningIT inventory here.

Another great tool we have is the GreeningIT directory, which is a list of green ICT initiatives… and we want to hear about yours! Simply go to the directory’s page and fill in a form to add your initiative (or one that you know of that isn’t on the list).

To find out more about APC’s work on ICTs and the environment, visit this link.