Steve is a researcher and consultant working to expand the use of wireless technologies through shared spectrum strategies and to enable greater internet access throughout Africa and other emerging markets. He is also the founder of Village Telco (https://villagetelco.org), a social enterprise that builds inexpensive WiFi mesh VoIP technologies to deliver affordable voice and internet options in underserved regions. Steve is a regulator commentator on African telecommunications issues at https://manypossibilities.net. He has been involved in advocacy for dynamic spectrum regulation related to television broadcast spectrum since 2008 and was instrumental in the launch of the first Television White Space pilot in South Africa in 2011. Since 2009, Steve has been actively maintaining public maps of undersea and terrestrial fibre optic infrastructure in Africa as well as information on wireless spectrum frequency assignment and occupancy in African countries. From 1997 to 2007, he worked at the International Development Resource Centre, where he led the organization's Information and Communication Technology (ICT) for Development program in Africa and funded research into the transformational potential of ICTs across the continent. 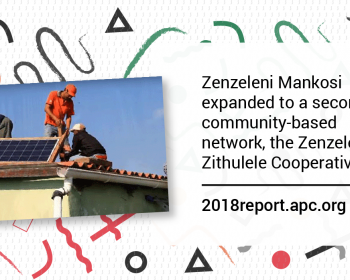 Access in 2018: From in-depth research and movement building on community networks, to policy advocacy and regulatory frameworks for alternative connectivity initiatives 19 September 2019

People who are digitally excluded on the basis of where they live, gender, class, disability or identity have affordable and sustainable connectivity that allows them to share and communicate. This is a compendium of the highlights from APC's Annual Report for 2018. 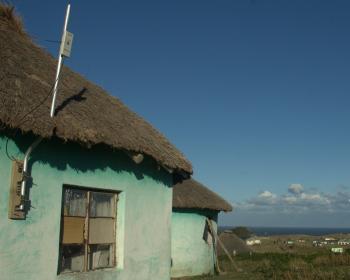 Changes in the telecoms landscape and their implications for universal, affordable access to communication in Africa 26 September 2018 APCNews

What are the most relevant changes in the telecommunications landscape and their implications for achieving universal, affordable access to communication in Africa? This was the focus of a workshop in Durban organised by APC and the Communications Regulators’ Association of Southern Africa. 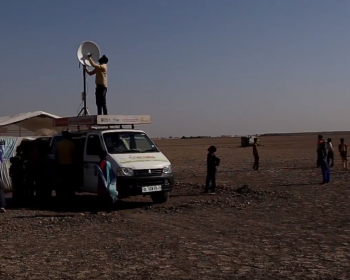 Welcome to the seventh monthly round-up of developments impacting your local access networks. 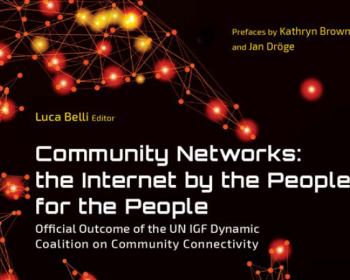 Community networks: The internet by the people, for the people 09 December 2017 Various

This book reflects many of the ideas discussed by the members of the Dynamic Coalition on Community Connectivity (DC3) of the United Nations Internet Governance Forum, between 2016 and 2017. 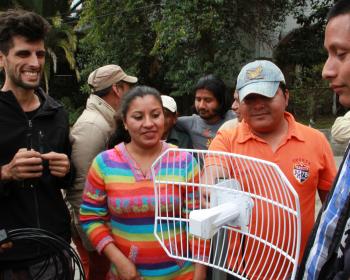 Local Access Networks: Can the unconnected connect themselves? 31 August 2017

This project aims to address the following questions: Are local access infrastructure models a viable alternative to connecting the unconnected, and if so, what are the circumstances that make them successful? What are the benefits to the local community in terms of well-being, gender equity and social or economic development where connectivity infrastructure is locally owned?

The programme will be developed by APC together with the programme with Google Africa and the Open Spectrum Alliance and Steve Song. 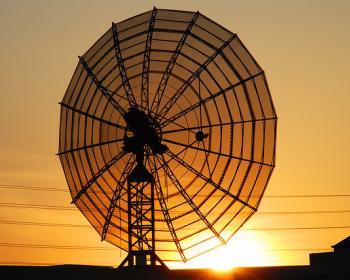 “Open spectrum is important because access is important” says Steve Song, telecommunications fellow at the Shuttleworth Foundation in an interview with APCNews. But in South Africa, the problem is not lack of access – it’s that access is not affordable. Freeing up wireless spectrum, such as television white spaces —the space between channels— or making more information available on ...