Mark Graham has created and managed innovative online products and services since 1984. As director of the Wayback Machine, he is responsible for capturing, preserving and helping people discover and use more than one billion new web captures each week. Mark was most recently senior vice president with NBC News where he managed several business units including GardenWeb and Stringwire, a live mobile video platform for collaborative citizen reporting. Mark was senior vice president of technology with iVillage, an early internet company that focused on women and community. He co-founded Rojo Networks, one of the first large-scale feed aggregators and personalised blog readers (sold to Six Apart.)

In the early days of the net he managed technology and business development at The WELL and led their effort to build the first web-based interface for online forums, and also helped bring the pre-web internet to millions of people by running AOL's Gopher project as part of their Internet Center. He managed technology for the pioneering US-Soviet Sovam Teleport email service and co-founded and managed PeaceNet, one of the first online communities for progressive social change, and later IGC.org, one of the world's first ISPs. He also co-founded APC.org. Mark's early training and experience with computer-mediated communications was acquired while he served in the US Air Force, spending more than three years working at the Air Force Data Services Center at the Pentagon. Mark's nonprofit work includes volunteering with the open education library OER Commons and as an advisor to http://openrecoverysf.org. 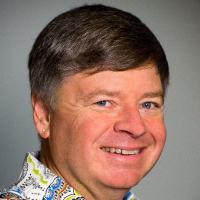