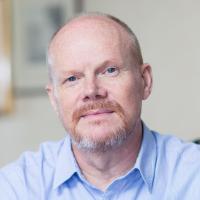 Steve is a researcher and consultant working to expand the use of wireless technologies through shared spectrum strategies and to enable greater internet access throughout Africa and other emerging markets. He is also the founder of Village Telco, a social enterprise that builds inexpensive Wi-Fi mesh VoIP technologies to deliver affordable voice and internet options in underserved regions. Steve regularly comments on African telecommunications issues on his blog, Many Possibilities.  He has been involved in advocacy for dynamic spectrum regulation related to television broadcast spectrum since 2008 and was instrumental in the launch of the first television white space pilot in South Africa in 2011. Since 2009, Steve has been actively maintaining public maps of undersea and terrestrial fibre optic infrastructure in Africa as well as information on wireless spectrum frequency assignment and occupancy in African countries. From 1997 to 2007, he worked at the International Development Research Centre (IDRC), where he led the organisation's Information and Communications Technology for Development (ICTD) programme in Africa and funded research into the transformational potential of ICTs across the continent.