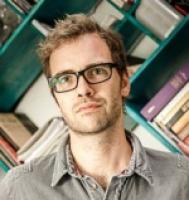 Nils holds a PhD in Political Science and a Master’s degree in Communications and American Literature from Freie Universität Berlin. Between 2005 and 2016 he worked as a media trainer, freelance broadcasting journalist, and editor for the Berlin-based Latin American Newspool (NPLA) in Mexico, Chile and Brazil. In Mexico in 2008, Nils co-founded Flujos.org, an initiative to support the exploration of ICTs by human rights defenders and community radios, a work that culminated in 2009 in the Flujos-Vivos live CD, the first Linux/GNU software compilation applied to the needs of Latin American community media. After finishing his thesis on socio-technical strategies of free and community radios in Brazil, from 2011 to 2016 Nils collaborated as an international consultant with the Brazilian chapter of the World Association of Community Radio Broadcasters (AMARC). His contributions included policy proposals for an open digital broadcasting standard and a book on the topic of community radios in digital times, as well as the co-coordination of Pororoca.red, an itinerant media school for indigenous and Afro-descendant communicators from the Amazon region. Since 2016, Nils has been coordinating the Allendes International journalistic research project at NPLA and working as media consultant for Deutsche Welle Akademie.

The Pathfinder Grant coordinator will be the person responsible for coordinating the Pathfinder Grant initiative, which provides funding to address the sustainability and catalytic gaps of a community network. This position is managed and funded by Rhizomatica.