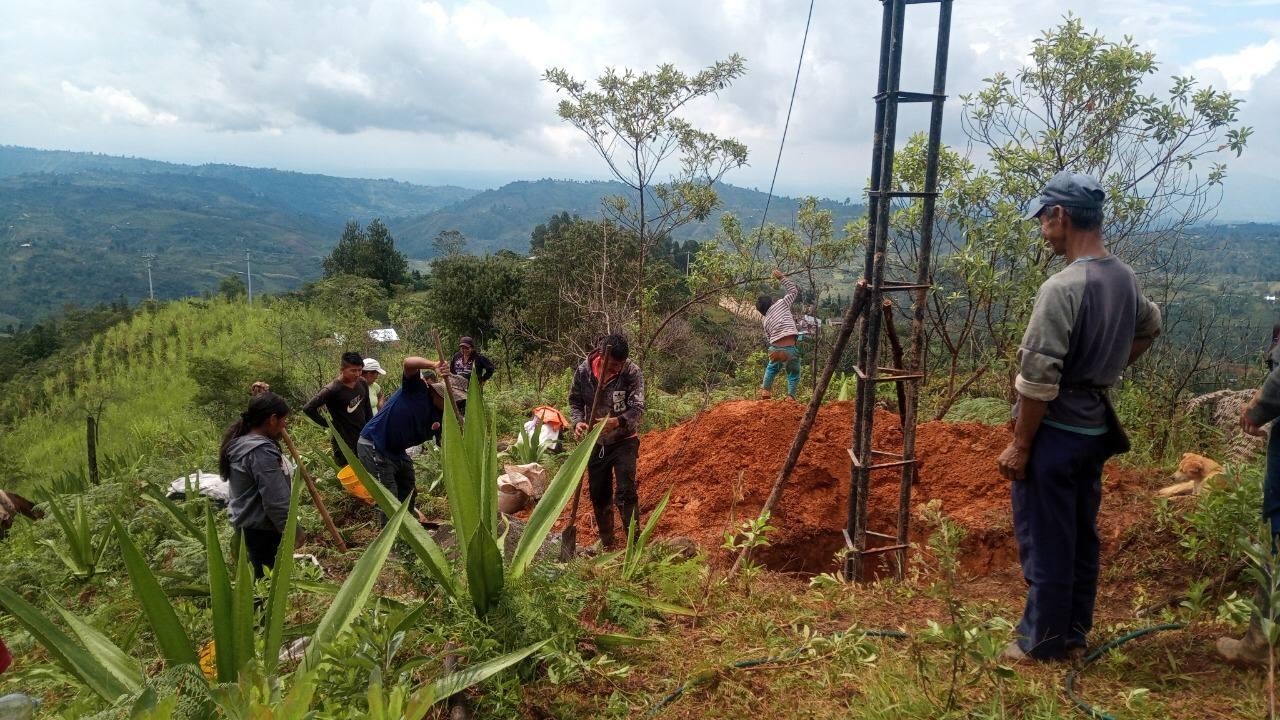 About the film festival

Routing for Communities is an online collection of creative and inspiring short videos about community networks and people decentralising the internet for change. They were produced by communities and organisations in Africa, Asia and Latin America.

The films capture the different contexts and initiatives of community networks around the world, exploring both the challenges and joys of their work. Discover these stories in the trailers below and watch the full films.

The Routing for Communities videos collection is part of the "Connecting the Unconnected: Supporting community networks and other community-based connectivity initiatives" project implemented by the Association for Progressive Communications (APC) in partnership with Rhizomatica, with funds from the Swedish International Development Cooperation Agency (Sida). The views expressed herein do not necessarily represent those of APC, Rhizomatica or Sida.

COW - Community Owned Wifimesh, a year in review post pandemic. Durgadahalli village in south India is at the heart of Janastu's rural research lab. It is set in a picturesque little valley where Connecting the Unconnected learning grant members Girish and Shalini coordinate development and deployment of community radio activities. Young women "express themselves", edit and share narratives over a Wi-Fi mesh network. Panning through connections between Raspberry Pi, radio and Wi-Fi mesh, the film briefly discusses unintended consequences of such initiatives and introduces ongoing work post pandemic.

In mid-2020, Common Room developed a community-based internet infrastructure in the Ciracap district (Indonesia). This short film shows their latest network deployment, focusing on capturing the challenges faced by people in accessing information in the region. This video also provides an overview of many rural conditions and remote areas in the country that are similar to Ciracap, highlighting that there is an alternative solution through the development of community-based internet infrastructure, managed by the community for the community.

Oral storytelling is very important to the 3,000 Ju|’hoansi people who live in 40 villages in the bush and in the town of Tsumkwe in northeastern Namibia. As people in villages do not have electricity or motorcars, our project took a solar panel and a power bank to each village. The power bank is also an audio speaker and people quickly learned how to set up the solar panel to charge it. Our project also gave each village a cell phone. But because there is no cell phone network in most villages, our communication system could not be online. Instead the team built a special offline social network that sends messages by Bluetooth. This short film captures Ju|’hoansi people’s thoughts, challenges and joys on the project. It also presents their wishes for the future and introduces us to their knowledge, way of living and beautiful landscapes.

This video briefly describes the work that Pamoja Net is doing in the northern part of Idjwi Island, specifically in the village of Bugarula (Democratic Republic of Congo). The video shows the satisfaction of the inhabitants who continue to be involved in the development of the network. The goal remains to sensitise anyone passionate about community networks to support this work.

Indigenous communities charting their journey through the community network way

This short documentary from BAIF takes place in the tribal communities of Jawhar, India, capturing the community lifestyle in its biodiverse ecology. The film describes how technology was mobilised to archive and share the local farmers’ knowledge and traditional wisdom, as an approach to ensure diversity and knowledge conservation.

This clip is a case study of local internet service providers (ISPs) Chetan Patil and Utkarsh Patil. They work together in a partnership enterprise, Maha Mediacom Internet Pvt Ltd, to enable internet connectivity to remote villages of Palghar, Maharashtra, by wireless and fibre. They are Class B and C license holders. A total of 1 Gbps bandwidth is procured from Airtel, which is then distributed in a systematic manner to 600 customers through innovative plans and pricing. Their vision is to reach the remotest villages and enable internet connectivity at affordable prices.

In the ancestral territory of Sa'th Tama Kiwe, there have been different collaborative communication processes over time. Orality, dreams, sign language, messages through smoke, fireworks, radio and television are the media that have accompanied the Indigenous Nasa and campesino people's life plans and their defense of autonomy for "good living" (buen vivir). After the peace dialogue between the Colombian government and the FARC and as the beginning of reconciliation for a territorial peace, the community, including ex-combatants and other actors, have worked hand-in-hand to strengthen communication, mainly through the internet and intranet as well as new technologies. The construction of a community network has been a process that has brought benefits and opportunities that improve the quality of life in the region and also revitalises ancestral knowledge, allowing the transmission of local knowledge. The appropriation of technology has been fundamental for territorial control and the exercise of effective autonomy, as well as for access to and dynamisation of the health, education and economic systems.
This audiovisual production, produced by a group of young people from the Nasa Indigenous Resguardo of Pueblo Nuevo, tells the story of the construction of the Jxa'h Wejxia Casil network that began operating in September 2020 in the municipalities of Caldono and Silvia in Cauca (Colombia).

The video showcases the benefits of a solar project implemented by BOSCO Uganda at one of its many sites. It includes testimonials from the school directors, teachers and students sharing the impact it has had.

In San Antonio Rayón, a Nahuat village in Mexico, a peasant cooperative has organised itself to install its own community intranet system, with significant participation by women. The people of the cooperative invite us to learn about their community and their initial experience with these new, relevant technologies. The production of this video is the result of an audiovisual workshop with young people from the Tosepan Titataniske cooperative.

Bamboo is a natural wonder, abundant in many parts of the global South. This raw material can amplify the potential of community networks if we learn the appropriate techniques to work with it. The Portal sem Porteiras community network, along with Coolab, experimented with bamboo for building a sturdy and durable tower that can raise routers high while using local low tech.

Organise your own film festival

If you want to host your own film festival locally, please feel free to screen any of the films above. Here are some practical learnings from our experience that could be helpful:

Please contact us by email to share your comments, doubts or stories of people decentralising the internet!

Before you go: if you want to keep up to date with productions and news on community networks in Africa, Asia and Latin America, sign-up for our monthly newsletter here! Previous editions of this newsletter are available here.