In spite of continued objections over serious human rights implications, Pakistan’s new cyber crime bill passes through: Joint statement by Media Matters for Democracy, Bytes for All, Pakistan and APC 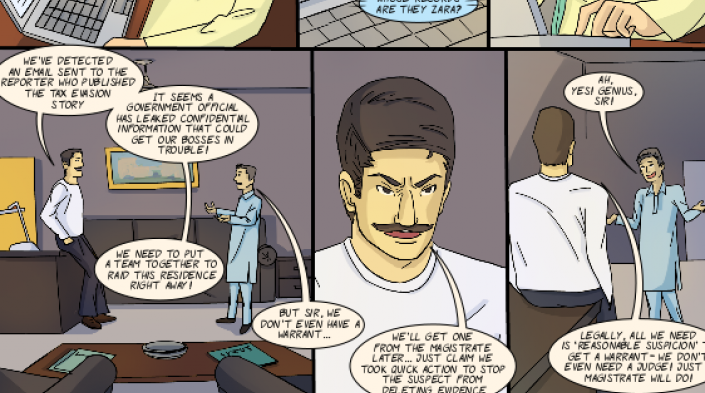 Published on 12 August 2016
Page last updated on 20 April 2017
Author:
Media Matters for Democracy, Bytes for All, Pakistan and the Association for Progressive Communications

Pakistan’s new and controversial cyber crime bill is poised to become a law after the National Assembly passed it today. The bill now has the approval of both the upper and lower house of the Parliament and requires only the presidential signature before formally being enacted as a law. Media Matters for Democracy, Bytes for All, Pakistan and the Association for Progressive Communications (APC) remain extremely concerned over the failure of legislators to ensure that the law fulfils basic human rights standards.

The Prevention of Electronic Crime Bill (PECB) 2016 has attracted continued criticism from civil society, human rights and digital rights groups, and journalist bodies in Pakistan. The bill poses a serious threat to the rights of freedom of expression, access to information, and privacy. The bill incorporates various amendments made after deliberations in the Senate, but key concerns on its human rights implications remain unaltered.

The journalist groups that have opposed PECB 2016 include the Pakistan Federal Union of Journalists (PFUJ), which had earlier filed a public petition in the Senate with MMfD, asking for the inclusion of a public good defence clause to safeguard whistleblowers and journalistic sources who might be criminalised under this bill.

“It is unfortunate that the bill has sailed through despite all our efforts to ensure that the parliamentarians are made aware of its human rights implications. Members of the National Assembly and Senate were made well aware of the conflicts with fundamental rights and yet chose to enact another law that compromises human rights in the name of security threats. Laws are enacted to protect rights of the citizens; PECB does exactly the opposite,” said Asad Baig, the executive director of MMfD. “In its currents shape the bill remains in conflict with the constitution, and we will continue to put in all efforts to ensure that it is not used to victimise the citizens of Pakistan,” he added.

The law legitimises extensive content management by the Pakistan Telecommunication Authority (PTA) without any oversight. It also accords extensive powers to investigative agencies without safeguards for citizens or necessary oversight mechanisms. Under different sections, investigative officers would be allowed to acquire and copy citizens’ data without a warrant, creating the space for abuse of power. Sections dealing with defamation, real-time surveillance, and international cooperation and data sharing also present various human rights challenges.

It is also concerning that the government, particularly the Ministry of IT, has continued to question the legitimacy and intentions of civil society groups who have worked to highlight the human rights implications of the bill. The attempts at discrediting civil society rather than actually tackling the highlighted concerns have further strengthened the fear that this bill will be abused to curb dissenting voices.

Civil society organisations in Pakistan remain poised to continue their opposition to the problematic sections of the law. “Although the cyber crime bill will soon become law, the movement to oppose or amend it has not come to an end. We believe that many sections of the bill are in violation of several fundamental rights and therefore all efforts must be made to seek and engage with avenues to challenge the validity and legality of its provisions,” said Shahzad Ahmed of Bytes for All.

This bill blatantly disregards the minimum standards of necessity, legitimacy and proportionality for freedom of expression and privacy prescribed in international instruments, which also apply online. Pakistan will soon be scrutinised at the UN in two important reviews of its human rights record. The PECB will certainly draw criticism from the international community unless the bill is revised substantially.