Crackdown on Bersih 2.0: APC condemns relentless attacks on freedom of assembly in Malaysia 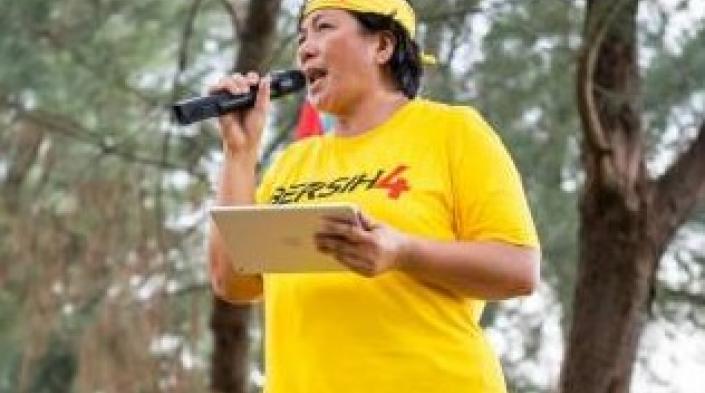 On 18 November, Maria Chin Abdullah, chairperson of Bersih 2.0 (the Coalition for Clean and Fair Elections), and Mandeep Singh, manager of Bersih’s secretariat, were arrested, and the offices of Bersih 2.0 were raided, on the eve of a major rally in the Malaysian capital. Seven other individuals, mostly supporters of the 19 November Bersih 5 rally and people who have been critical of government corruption, were also detained. Bersih is a sustained protest movement in Malaysia pushing for electoral reform and anti-corruption. These arrests come at a time when freedoms of expression, assembly and association have increasingly come under attack in Malaysia.

The Bersih movement is a reminder of the people’s struggle for institutional reforms, human rights and democracy. Over the years, access to the internet has helped level the playing field and offered a free space for civil society in Malaysia to come together on social, political and economic issues, and to freely express and exchange ideas at a time when mainstream media and traditional information channels are tightly controlled. The Bersih movement is a result of the democratisation of information and expression online. The key role that internet and information and communication technologies (ICTs) play in mobilisation online to assist offline protests continues to be evidenced in the organising of Bersih rallies in Malaysia.

The police raid of the Bersih office without a warrant resulted in the confiscation of several ICT devices including mobile phones, 10 laptops, pen drives and hard disks. This is a misguided attempt at deterring the organisers from being able to garner support through the use of these ICT tools and as such violates their rights to freedom of peaceful assembly and association and freedom of expression. We also fear that the authorities will try to access private communications through these devices in violation of the right to privacy of individuals, compromising their security.

This crackdown on Bersih is the latest in a string of assaults on the rights to freedom of peaceful assembly and association, freedom of expression and privacy, online and offline, in Malaysia. The Bersih movement, in particular key figures like Maria and Mandeep, have faced multiple arrests, censorship, harassment and death threats as a result of exercising their constitutionally protected rights.

We fear more arrests, especially of key persons speaking and participating in the 19 November rally, in an attempt to intimidate people and to deter them from participating.

We call on the authorities to immediately release all the detainees in relation to the Bersih rally and to protect the exercise of their constitutional and internationally guaranteed rights, including the right to protest. Further, we urge the government of Malaysia to refrain from cracking down on peaceful assembly and refrain from creating hurdles in their mobilisation, including through the use of ICTs. We urge the government to defend an open internet, and to desist from blocking or filtering websites and portals carrying crucial information in online spaces, which is of paramount importance to counter misinformation and for ensuring the safety of participants at assemblies.