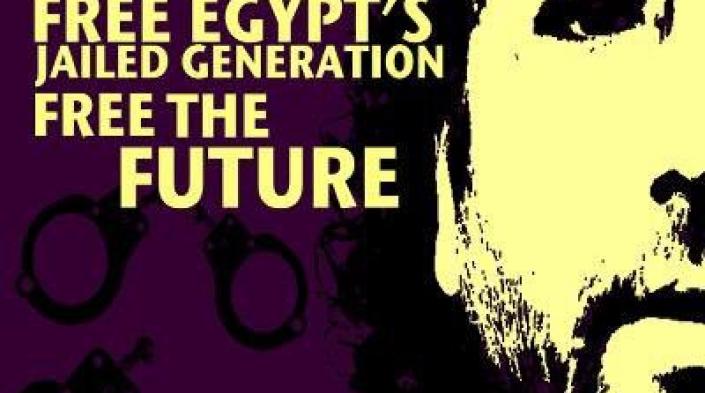 As we start 2019, we want to remember the human rights defenders from our community who are currently facing prison, disappeared or have been killed in retaliation for their work. Among them, we are particularly concerned about the fate of Egyptian free speech activists in the context of increased authoritarianism and repression under the current Egyptian regime, including renowned human rights defender and key figure in the 2011 uprising, Alaa Abdel Fattah.

Alaa Abdel Fattah is an Egyptian blogger, software developer and political activist. He is currently serving a five-year prison sentence in Egypt. His persecution is a recurring theme in Egypt, as he was jailed under the Mubarak regime for 45 days by the Supreme Council of the Armed Forces in 2011, and again in November 2013, three months after Abdel Fattah el-Sisi's coup d'état. After a clearly unfair trial, he was sentenced to five years’ imprisonment and deemed guilty of the organisation of a protest.

Alaa has been a part of APC since 2003, when he and his partner, Manal Hassan (who represents Motoon on the APC council), were working for then-APC member from Egypt, ArabDev. They both participated in several APC workshops and meetings and spent a few years living in and working from South Africa, where APC has its main operating office.

Today we are sharing a call for a campaign around the release in just under 90 days of our colleague and friend, Alaa Abdel Fattah, after his five-year prison sentence. Even after his release (which is not certain in the context of the repressive and erratic Egyptian regime), Alaa will have to sleep every night in a police station for another five years. He will formally be out of prison, but neither he nor his family will be able to return to normal life.

In the words of APC’s Anriette Esterhuysen, who personally knows Alaa and his wife Manal: “To try to capture in words how hard his detention, trial and imprisonment have been for Manal and their son, Khaled, and Alaa’s mother and sisters, is almost impossible. It has been a struggle of hanging on, surviving, enduring, from day to day and prison visit to prison visit... negotiating financial, personal, emotional and logistical challenges that seem endless.”

On the impact of political imprisonment, Esterhuysen adds: "Once the media coverage of political trials has died down, prisoners and their families are often forgotten. Imprisonment of political activists works through the absence it creates. It tries to delete the prisoner from public awareness, to erase their vision, their activism, their leadership, their humanity and isolate their families and friends."

Let’s work against this trend and refocus awareness on Alaa, and on those who are most affected by his imprisonment. Let’s look at both the personal and broader political impacts in the context of increasing curtailment of human rights in the country and throughout the region.

Please visit https://100daysforalaa.net/ for more information on Alaa and the campaign.