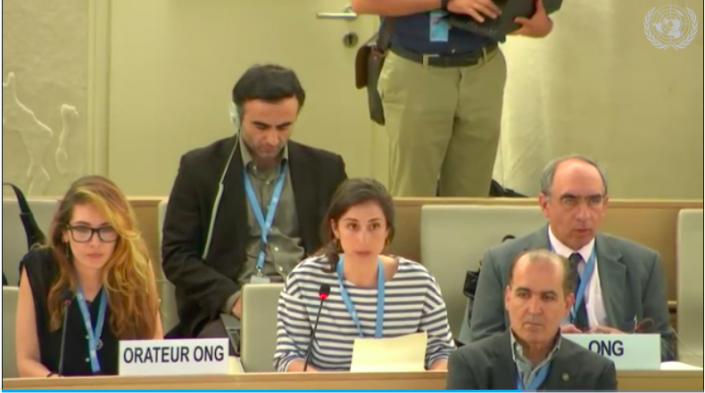 Published on 25 June 2018
Page last updated on 19 March 2020
Author:
APC, the Collaboration on International ICT Policy for East and Southern Africa, Derechos Digitales and the Women of Uganda Network

This statement is delivered on behalf of the Association for Progressive Communications (APC), the Collaboration on International ICT Policy for East and Southern Africa (CIPESA), Derechos Digitales, and the Women of Uganda Network (WOUGNET).

As organisations committed to maintaining the use of the internet for human rights, social justice and sustainable development, we are concerned about the increase in threats to freedom of expression online. Attacks on freedom of expression online are taking many forms, including internet shutdowns, regressive cybercrime laws, and privatisation of censorship, among others.

We wish to highlight for the attention of the Council the following situations of concern:

In Uganda, the government adopted a “social media tax” in May, which will require users of over-the-top (OTT) services, including messaging and voice calls via WhatsApp, Facebook, Skype and Viber. to pay a mandatory fee of USD 0.05 per day of use. In a context in which social media has served as many users’ initial entry point to the internet, this tax could negatively impact the affordability and broader use of the internet, particularly by low-income Ugandans, as well as stifle freedom of expression, association and assembly online. Similarly, the recent introduction of stringent online content regulations in Tanzania, Uganda and the Democratic of Republic of Congo threaten citizens’ rights to privacy and freedom of expression and promote self-censorship.

In Latin America, we observe a trend by governments in the region to regulate online expression that is critical of dominant political forces or that amplifies dissident voices of traditionally discriminated groups, under the guise of "online hate speech" or "cybersecurity”. Examples can be found in Brazil, Ecuador, Guatemala, Honduras, Paraguay and Venezuela, among others. In some cases, legislative reforms have been introduced just before the start of electoral processes or the rise of social movements; in others, restrictive measures are administratively established, bypassing democratic legislative processes entirely. We also observe efforts in the region to criminalise expression and to require private companies to moderate online content, an issue addressed in detail by the recent report of the UN Special Rapporteur on freedom of opinion and expression. This implies an undermining of due process, as required by international human rights standards, by delegating the function of the judiciary to the private sector. At the same time, it incentivises companies to err on the side of caution and take down content to avoid facing high fines or, in the case of Venezuela, the threat of revocation of authorisation to operate.

We urge the Council with its bi-annual resolution on the promotion, protection and enjoyment of human rights on the internet to condemn and call for the end to such restrictions on online expression, and to adopt human rights-based approaches to internet access and regulation.