Opening up spectrum can prevent Kenya from running out

Home / News / Opening up spectrum can prevent Kenya from running out 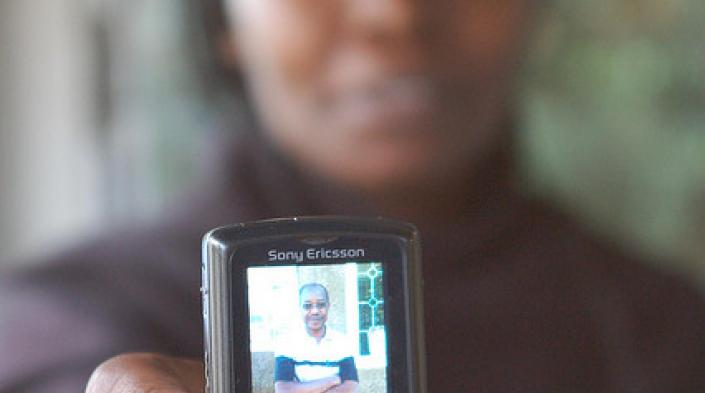 In the past twenty years — and more so in the past ten years — demand for communications across the world has dramatically increased. Telecommunications companies, broadcasting companies, security companies, the government and other social sectors all want to a piece of the spectrum.

Frequency in Kenya is allocated on a first-come-first-serve basis and with the use of a formula to calculate the allocation of spectrum based on technical requirements.

“What is currently happening, is when a given company wants to be allocated some frequency on WiMAX, there is no frequency left. The only way for them to get WiMAX is by buying out other companies that had already been allocated the WiMAX,” explains Kenyan ICT specialist and expert on ICT in East Africa, Muriuki Mureithi, in an investigation commissioned by APC.

Those who have previously been allocated spectrum but don’t use it (or misuse it), often hang on to it because they realise it is a valuable resource. And because there is no mechanism to monitor the volume of usage in place to monitor how the frequencies are used, they can get away with it.

“As it stands,” says Mureithi “the current model is putting the country at risk of running out of spectrum.” This is especially true for the WiMAX frequency, which much of the country is using.

“Right now, 20 million Kenyans use GSM mobile communications. Many day-to-day activities require the use of WiMAX. Data runs on WiMAX, e-government, telecommunications, and rural internet access. So running out of frequency would be disastrous, and would put the country’s development to a halt, especially in rural areas, who would be the hardest hit.”

The government has started to look into ways of alleviating this problem he says, but the solutions are only temporary. Stop-gap measures proposed include auditing to ensure that the frequencies are being properly used, migrating government-allocated frequencies to other frequencies and releasing part of that spectrum for commercial use, and finally, migrating broadcasting frequencies from analogue to digital.

Spectrum management: Three ways are better than one

Kenya uses the most traditional way of managing and distributing spectrum, says Mureithi. In his report for APC, he examines three classic models for managing spectrum and concludes that the most efficient way to use, allocate and manage spectrum in Kenya is through a three-pronged approach, which extrapolates the benefits of each model, allowing for the most efficient use of spectrum for all.

The first and more administrative model is typically run by a country’s government and allocates certain frequencies to specific actors, usually based on the technical requirements of the actors.

This model is the one Kenya currently uses, but often, actors misuse or simply sit on their frequency without using it.

A second model of management is based on the economic principles of the free market – certain rights to spectrum frequencies are auctioned off and sold to the highest bidder.

The challenge with this model however, is that when a company pays for the rights to a resource like spectrum, those who do not have the resources to pay for it – such as certain government programmes, educational services and rural communities – lose out on quality spectrum.

Furthermore, when spectrum is sold to telecommunications companies at a very high price – whether it is 3G, Wifi or WiMAX, the company will necessarily have to incorporate this into the price of services it offers in order to compensate for the purchase and so, prices increase for everyone.

The third spectrum management model, “open spectrum”, opens up specific frequencies that are available for anyone to use free of cost. It is not allocated to any one operator or telecommunications body as it is considered a common good.

In his spectrum country survey for Kenya Mureithi advocates the need for a blended model; one that incorporates all three different management models in order to maximise the use of spectrum allotted to the country.

The current system also puts rural communities at a disadvantage because it is expensive for telecommunications companies to operate where the population density is so scarce.

“In a huge city like Nairobi, operators can cover their costs more easily because they get a higher revenue from the large population. They are not able to do this when they go to rural areas and operating costs become prohibitive to them. The only way they can recover their costs is by charging people in rural areas more, or opt out of the rural areas,” Mureithi explains.

Open spectrum however would make it much easier – and cost effective – for rural people to access the internet, use mobile phones, or use any other information and communications technology. Because operators feel that the rural investment in spectrum is not profitable enough for them, an open and free spectrum would be a big incentive for them to operate in these areas.

Furthermore in urban areas other infrastructure such as fibre and copper can be installed to compensate for the lack of spectrum, but in rural areas that have no such infrastructure, not having access to spectrum cuts the rural population out of the communications loop completely. “Spectrum is their lifeline,” concludes Mureithi.

Mureithi recommends that the government continue to reserve and allocate some frequency to areas that cannot afford interference, such as the security services.

“The telecommunications regulator, the Communications Commission of Kenya, a government body that allocates frequencies and licenses to operators, could also demarcate a segment of the spectrum which would be directed towards social services, and another one for operators to access spectrum at commercial rates and own rights to their spectrum,” reasons Mureithi.

The Kenyan regulator is already working towards the gradual release of some commercial spectrum for auctioning at market prices, as well as releasing some open spectrum, so it appears that in Kenya a blended spectrum management model is gradually taking shape.

Muriuki Mureithi is an independent ICT consultant based in Nairobi Kenya. He has worked for Kenya Posts and Telecom in the past and consulted for UN agencies, governments, civil society, service operators and industry suppliers. Key projects have involved rural ICT development, regulatory reform, market analysis and competitive issues in markets in Eastern and Central Africa with SummitStrategies Ltd, which he founded ten years ago. He is currently pursuing a PhD focusing on ICT harmonisation and integration in the East African Community.

Photo by Whiteafrican. Used with permission under Creative Content licensing.