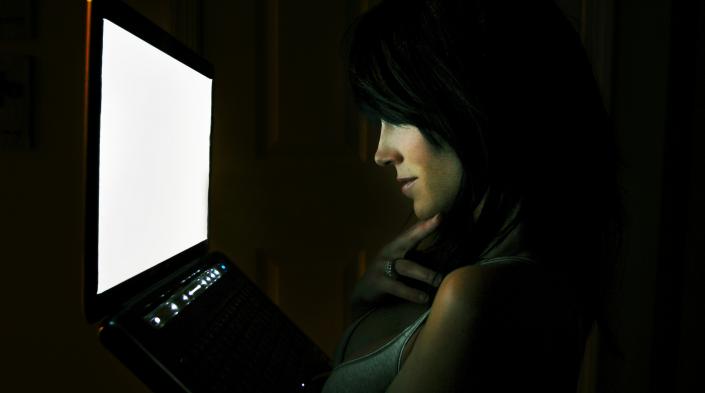 Put sex and new technology together and you’ll always get waves. Victorian societies were scandalised by the arrival of the telephone because women –who were chaperoned at all times– could potentially talk with suitors in private.

Over the last decade, the internet has been censored and content regulated for a multitude of reasons and the principal reason cited by governments across all geopolitical spectrums has been sex – or “harmful sexual content”.

The proliferation of sexual content on the internet and the considerable size of the pornography market online is a concern to lots of different groups. However while the online adult sex industry accounts for 12% of web pages, the internet has also been used to express and explore a range of sexual experiences, relationships and content that cannot be considered “harmful”.

These are all part of the basket of sexual content on the internet – and they are all very important to people’s right to freedom of expression and right to information. Especially for people who have little access to resources, rights and spaces in the “off-line” world.

What are sexuality and sexual rights?

But scant attention is paid to the types of sexual content mentioned. Instead debates rage on about the moral damage of pornography and the protection of children from internet pedophiles. And actions in the name of cracking down on “harmful sexual content” have resulted in:

These are all different methods of censorship but they have the same impact.

Banning and blocking of sites in the UK

The UK government relies on voluntary blacklisting by ISPs however they only provide government contracts to those which subscribe to the blacklist. The Internet Watch Foundation which compiles the UK blacklist does not tell websites that they are being blocked and does not make the blacklist public. The IWF “acts as the morality police for about 95% of UK’s internet users and the fact that one non-government company has so much control over what’s decent and what isn’t is a bit alarming.”

Facebook has removed images of women breastfeeding for violating their terms of use referring to content which is “obscene, pornographic or sexually explicit”. Following one such case, a Facebook protest group was consequently formed and joined by over a quarter of a million people.

Despite earlier studies that question the efficacy of filtering technologies to prevent children from accessing harmful content online, or their ability to distinguish between child pornography and other types of sexual content, the Australian government has proposed mandatory filtering at the ISP level to block hundreds of websites to all Australian internet users. In the US, a federal law compels schools and libraries that receive federal funding to block sites that appear to default on standards of what is “acceptable” sexual content.

In India conservatives see the internet as a threat to “Indian culture”. An online adult cartoon strip centring on the sexual adventures of a traditional Indian “sister-in-law” was banned by the government. Critics claim the ban was imposed because the site had became so popular – it was more visited than the website of the Indian Stock Exchange.

Brazil’s 62 million internet users are guaranteed freedom of expression. However the Cybercrimes Bill proposed by Senator Eduardo Azeredo to deal with online pedophilia contains such broad and vague provisions that internet users and bloggers equate it with a draconian media censorship decree that was imposed during the military dictatorship.

New research on sexuality and the internet from APC

As sexual content and sex-related behaviour online is such a trigger for state and other intervention, APC, the internet’s longest-running progressive online community, has carried out ground-breaking research on how different people in different parts of the world are really using the internet related to sex.

EROTICS is an exploratory research on sexuality and the internet carried out by the Association for Progressive Communications (APC) and supported by the Ford Foundation http://erotics.apc.org/

A fundamental right guaranteed by Article 19 in the Universal Declaration of Human Rights from 1948. It is included in the constitutions of most democratic systems. The International Covenant on Civil and Political Rights(1976) recognises that freedom of expression requires certain restrictions – for respect of the rights or reputations of others and/or to protect national security, public health or morals – but that the restrictions when necessary must be provided by law.

The right to freedom of expression is the basis for the right to information. A key aspect of modern democracies is that the ability of citizens to participate in circulating and exchanging information and to communicate in society. As a result society can access diverse opinions and cultural stances. Although national constitutions often guarantee freedom of expression, regulations imposed on media and the internet do not always allow everyone the same degree of rights to information.

Article 12 of the Universal Declaration of Human Rights grants all persons the right to privacy in their lives, families and homes without interference from government or other entities. The internet’s very nature makes personal privacy difficult to ensure but can help people avoid government restrictions. “Private space” is a very important arena for ensuring people’s sexual rights. At the same time, when abuses occur in private spaces, demand for government intervention emerge. So it’s a complex right to defend.

The use of power by the State or other entity to control the freedom of expression. Censorship is any intent to prohibit access to information, viewpoints or diverse forms of expression.

The ways the free flow of information on the internet is controlled. Regulation takes many forms and is imposed by different people – governments (e.g. through laws), the private sector (e.g. through “terms of use” and contractual agreements), the technical community (e.g. through standards and protocols) and individuals (e.g. through installation of filtering software on PCs).

Filtering software controls what content a person can see online filtering the content by key words. When imposed without the user’s consent by a government or an internet service provider this constitutes censorship.

Another form of state or internet provider censorship, this works by blocking a computer access to a particular internet address. The user may receive a “Site not found” message.